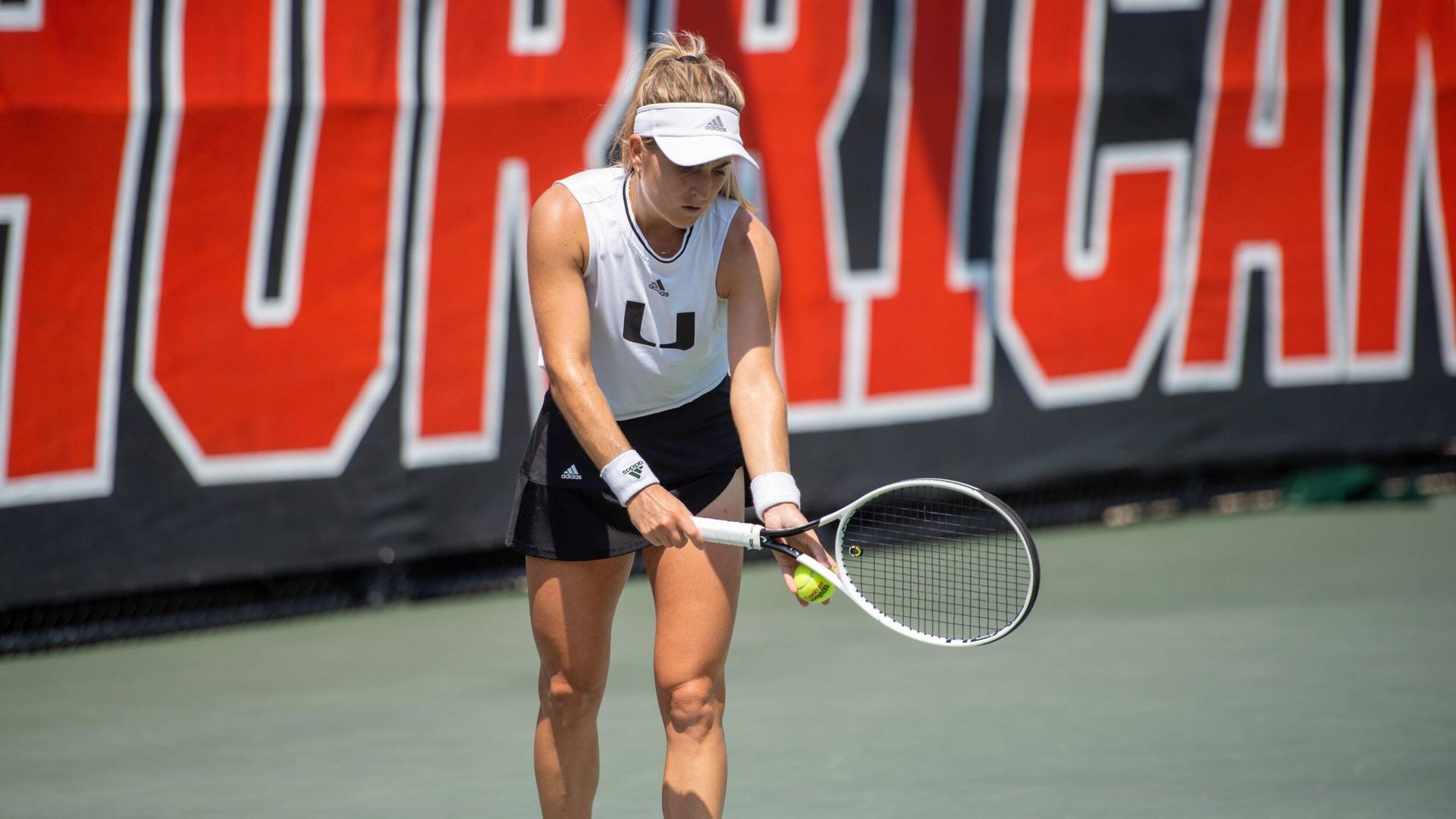 CORAL GABLES, Fla. – For the second consecutive time, Estela Perez-Somarriba of the University of Miami women’s tennis team is a finalist for the Honda Sport Award.

The Madrid native, who won the prestigious honor in 2019, was officially named a finalist Tuesday morning by THE Collegiate Women Sports Awards (CWSA). She is one of four nominees from tennis, alongside North Carolina’s Sara Daavettila, Georgia’s Katarina Jokic and Virginia’s Emma Navarro.

The Honda Sports Award acknowledges athletic achievement as well as scholastics and community involvement, and is given to female athletes in 12 different NCAA-sanctioned sports throughout the year. Each Honda Sports Award winner is recognized as the top collegiate female athlete in her sport and the award is considered by many as one of the highest honors a female college athlete can receive in the nation.

The CWSA’s highest honor, the Collegiate Woman Athlete of the Year is chosen by the CWSA Board of Directors from the Top Three and is presented with the Honda Cup live on CBS Sports Network June 28 at 9 p.m. This cup has been bestowed in the past on athletes such as Mia Hamm, Cheryl Miller, Tara Kirk, Jackie Joyner-Kersee, Misty May and Candace Parker.

A two-time ACC Player of the Year and soon-to-be five-time ITA All-American, Perez-Somarriba went 165-26 in singles during her illustrious career, good for the second-most wins in ACC history. With her run to the national title match this year, she became the second player ever with four Sweet 16 berths, three Final Four appearances, two national title bids and one championship.

The full release on the finalists for the 2021 Honda Sport Award for Tennis can be found HERE.