The culmination of the collegiate season each and every year, the NCAA Singles Championship and NCAA Doubles Championship feature the best of the best in their respective areas, competing for a national title.

The Hurricanes are one of five schools with at least five Final Four berths in both the singles field (10) and the doubles field (five), as well as one of just six with at least 15 total appearances between the two.

Furthermore, Miami is among the seven teams to claim a trophy in both tournaments, including one of six with at least three combined titles.

While the accomplishments do date back to the mid 1980’s, many of the long runs in the prestigious events have come under current Miami head coach Paige Yaroshuk-Tews. In her 20th year at the helm, the two-time ITA Southeast Region Coach of the Year has guided her players to consistent strong showings during the final week of the season, especially in the singles event. 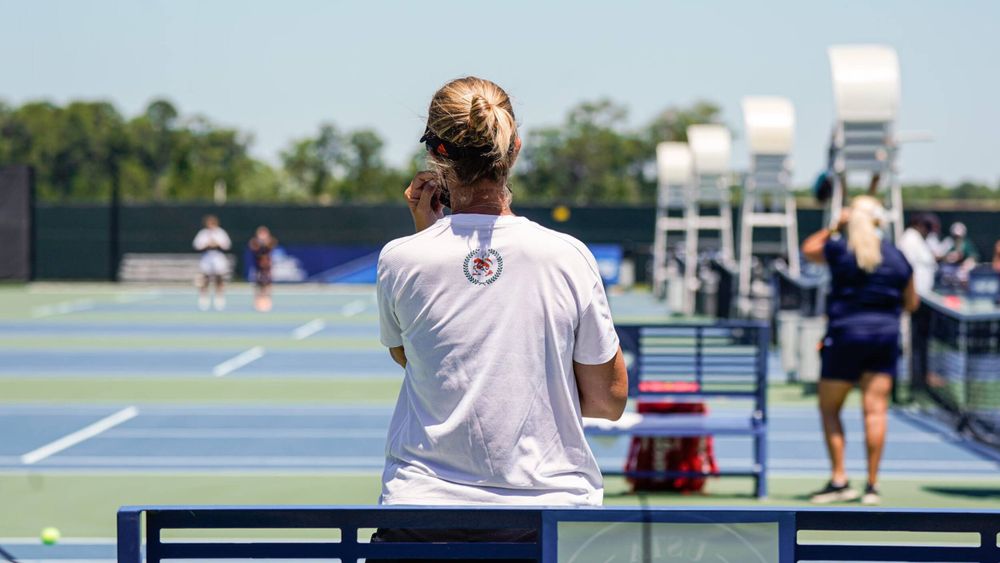 In 2004, Megan Bradley became the first Hurricane to reach the NCAA Singles Championship semifinals during Yaroshuk-Tews’ tenure. From that point forward, Miami and Stanford are the only two schools represented in the semifinals in at least seven years and the only two with at least nine total appearances.

Three times in that 15-year span (2004-19), a Hurricane has reached the title match, the third-most of any school. Twice—Audra Cohen in 2007 and Estela Perez-Somarriba in 2019—a Miami player has hoisted the trophy, tied for the second-most of any program.

Needless to say, Yaroshuk-Tews knows what it takes to head into the preeminent individual tournament in the sport and rack up victories.

“You just really need to be focused on the process; one match at a time. We break it down; it’s not even one match at a time, it’s one set at a time, one game at a time,” she said. “You need to be aware and respectful of other people coming into the event. You need to understand what matches you’re playing. There is a certain point in the draw where you could potentially be seeing a kid and you’re playing for All-American status. There are different motivations for kids at different points in the tournament.

“I think you always have to understand where you are personally and where your opponent is,” Yaroshuk-Tews continued. “And then you have to pace yourself. That even started this past week for us. It’s just paying attention to all the details, everything that goes into it.”

Indeed, this past week has featured the final practice sessions for the 2021 Hurricanes, as NCAA play begins Sunday at the USTA National Campus in Orlando, Fla. The 64-player singles tournament begins that day, followed by competition in the 32-pair doubles event starting the following day.

Miami will be headed into the tournament as well-represented as nearly any program in the nation. The Hurricanes are one of only six teams with multiple singles players and multiple doubles pairs set to compete.

Perez-Somarriba, a fifth-year senior and the reigning NCAA champion, enters the singles field as the second overall seed. Freshman Isabella Pfennig will also compete in the singles tournament as a seeded player, as she earned a No. 9-16 position.

In doubles, those two will team up to form one of the Hurricanes’ duos in the draw, while second-year freshmen Diana Khodan and Maya Tahan make up the other pair. 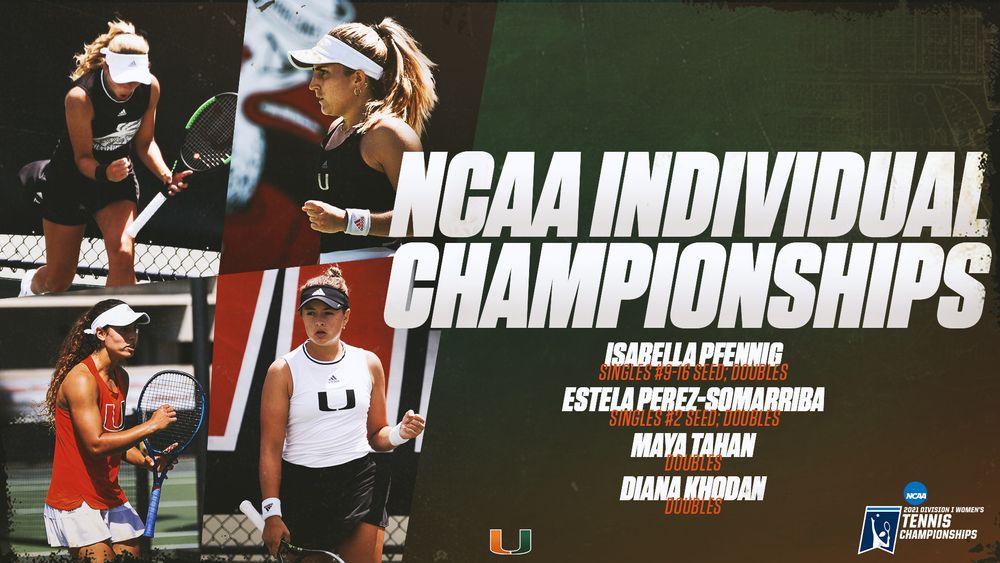 This is the first time since 2007 multiple Miami tandems have made the NCAA Doubles Championship. On the other hand, it is the 10th time in the last 18 years multiple Hurricane individuals are in the NCAA Singles Championship.

“For me, it’s just very exciting for the program because we’re having kids see the NCAA tournament for the first time who are going to come back and are going to be part of the program for years,” Yaroshuk-Tews said of Miami’s strong representation in the event. “When you can put four kids in the NCAA tournament, it’s doing nothing but strengthening your squad. When three of those are coming back and they get a taste of what the best tennis looks like and feels like, everybody only gets better.”

While three of Miami’s four selections will be in the tournament for the first time, Perez-Somarriba is on the complete opposite end of the spectrum. The top-ranked player in the nation, she will be the first reigning singles champion to compete in the tournament since Virginia’s Danielle Collins in 2015.

Additionally, 2021 will mark the fourth appearance in the event for Perez-Somarriba, making her the sixth player in program history to reach that mark. Her 13 wins in the tournament are the most ever by a Hurricane.

It is no secret Perez-Somarriba is hoping to win another national championship, just as any player in her shoes would be. The coach who helped her claim the crown in 2019 has a few key pointers in mind the Madrid native will need to focus on to make it happen again. 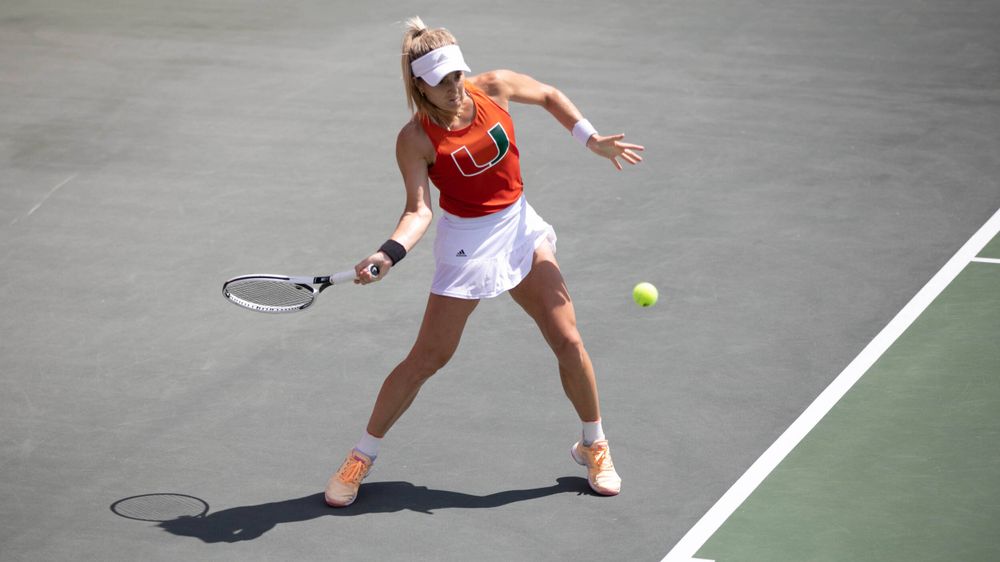 “And she’s really going to have to kind of just find a lot of confidence in her experience,” Yaroshuk-Tews continued. “I think that could take her very far, just finding the confidence in the experience that she has because this tournament is so much more than just tennis. It’s emotional, it’s physical, it’s tennis, it’s everything. And it’s kind of just putting together the puzzle, but I think she has the right mindset going in.”

If Perez-Somarriba is as experienced as it gets entering this tournament, Pfennig is on the complete opposite end of the spectrum. The Gauting, Germany, native did not even arrive at Miami until a few months ago, in advance of the 2021 spring semester.

Nonetheless, Pfennig has turned in a dazzling rookie campaign and currently sits at No. 10 in the ITA national rankings. She earned Second Team All-ACC honors and picked up four ACC Freshman of the Week plaudits, including three in a row.

Yaroshuk-Tews is looking forward to seeing how the talented freshman handles the situation and feels she is poised to do so quite well. 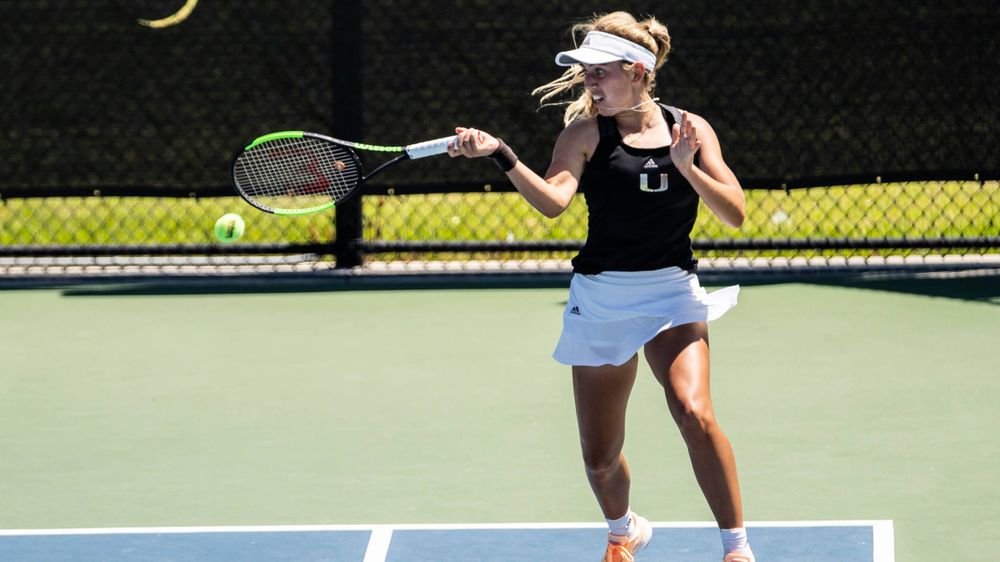 In addition to the singles tournament, Perez-Somarriba and Pfennig will also have their sights set on making a run in the doubles field.

The nation’s No. 22-ranked pair will become the first Hurricanes to compete in both tournaments since Stephanie Wagner did so in 2015. Beyond that, the last time both members of a Miami doubles pair played in the singles and doubles tournament was 2011, when Anna Bartenstein and Bianca Eichkorn did so.

While it will be a unique experience for the two Hurricanes, it is one they are both prepared to take on.

“So, Bella won’t really know anything but that because it’s her first tournament and she’s playing singles and doubles. Stela, on the other hand, has never played singles and doubles. So, for her, that will be a little new,” Yaroshuk-Tews shared. “I think the good news there is Stela’s fitness and her conditioning are strengths, so I don’t think that it will impact the singles. I think it will almost maybe help her singles because she’ll just be hitting more balls and playing some more tennis and staying looser. But it’s definitely something that we’re going to have to manage because we’ve got a lot of tennis being played.” 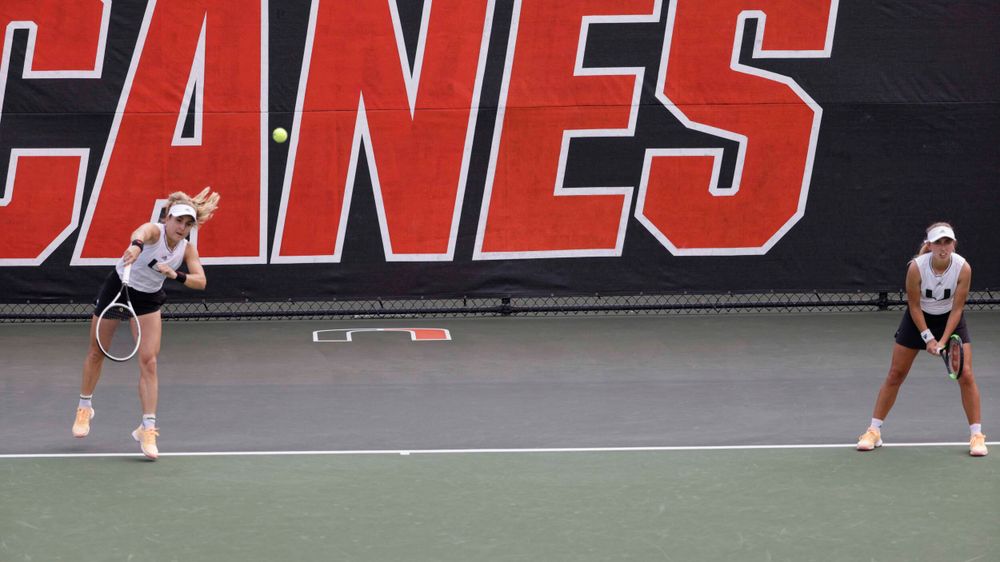 Despite playing at the No. 2 spot for the majority of the year, Khodan and Tahan actually head into the postseason with the highest ranking of a Miami doubles duo, placing No. 15 in the country. That mark is one shy of their top position this season.

A big reason for their lofty ranking is their success against elite opposition. The tandem is 3-0 against top-10 foes this spring, dropping a total of just three games across those three matches.

Those resounding victories against top competition give their coach reason to believe they can put together a strong run in the NCAA Doubles Championship.

“I’m hoping to see Maya and Di come out and just play an aggressive style of tennis and go after their opponents,” Yaroshuk-Tews said. “It’s interesting with them; I have felt that each time this season that they’ve been given an opponent in front of them that they knew was a highly-ranked team or had the ability to help them, they showed up and they played big tennis in those bigger moments, for the most part.

“I’m super happy for Di and for Maya,” Yaroshuk-Tews added. “They earned it and I think they can do some damage. They’re playing some really good doubles.” 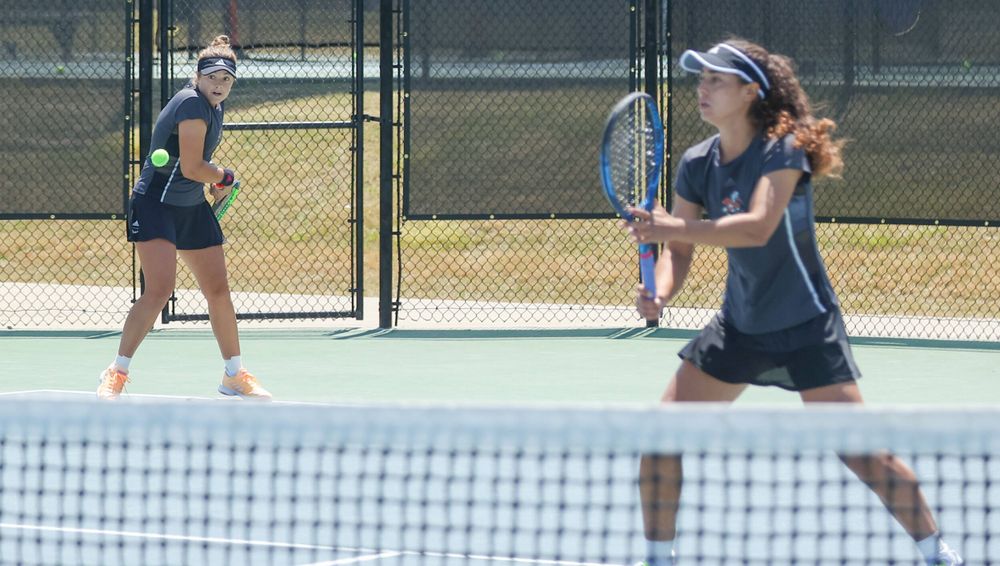 Draws for both the singles and doubles tournaments will be announced May 22, with opening round times for the former tournament also coming that day.

Live video for NCAA Championship matches will be available HERE and fans are encouraged to download the TennisONE app for easier viewing access. In addition, live stats throughout the tournament can be found HERE.