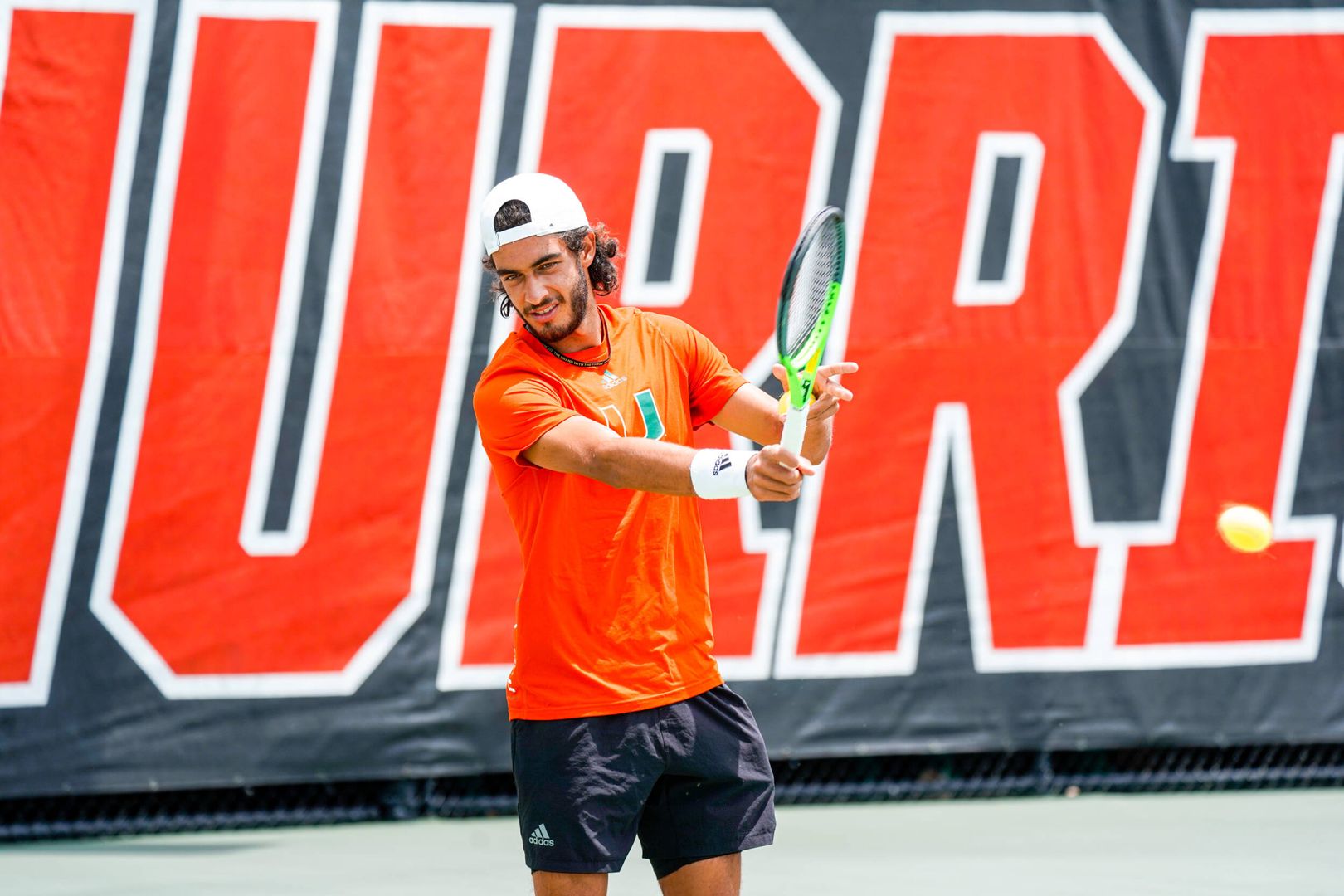 The Barcelona, Spain, native is hoping to carry momentum into the NCAA Singles Championship, fresh off of back-to-back top-20 wins at the ACC Championship and NCAA Regionals.

“Obviously, having two top-20 wins in a row gives you confidence. The first one was pretty tight, while the second one was a little bit tight, but only two sets. But, that gives you the confidence to know that your game is on the right path, you are not that off,” Soriano Barrera said. “In tennis, you never know. One day you could be playing amazing, but the next you could have a bad day. And the thing I can take away from those two matches is that I am competing well and I know that I am able to compete with these guys and that I have a chance. And that is what you want. Have the momentum of believing in yourself and believing you can do something.”

In the opening round of the ACC Championship against then-No. 20 Marcus McDaniel of Georgia Tech, Soriano Barrera overcame a second set setback and forced a third-set tiebreaker, as he secured a hard-fought 6-3, 3-6, 7-6 (7-5) win.

Two weeks later at the USTA National Campus, Soriano Barrera rallied off four straight games to even the opening set at 5-5 against No. 20 Giovanni Oradini of Mississippi State, ultimately claiming the match 7-6 (7-4), 7-5.

Bringing the momentum to Orlando, Fla., Soriano Barrera is set to make his third NCAA appearance (doubles (2018), singles (2019, 2021)), while becoming the first Hurricane since Daniel Vallverdu (2006-09) to earn multiple selections to the 64-player field.

“Obviously, I am happy,” Soriano Barrera said. “Not only is it an accomplishment, but it is also an opportunity for me to finish my collegiate career strong, to just play matches and enjoy them. These are matches I know I can learn from and carry with me to my pro career. It really is just an awesome opportunity.

“After four years here, it means that you have a reputation nationally,” Soriano Barrera added. “I wish [Benjamin Hannestad] and Franco [Aubone] could be joining me, they were so close, but it does mean a lot to me to represent The U.”

Currently ranked No. 42 in the ITA singles rankings, Soriano Barrera advanced to the round of 32 due to a walkover and will now square off against NC State’s Alexis Galrneau on Monday. The Wolfpack senior is ranked No. 25 in the ITA singles poll and is fresh off a straight-set win over No. 15 Trent Bryde of Georgia.

“I have been practicing well for the past two weeks,” Soriano Barrera said. “I have been having a lot of injuries throughout the year and the past two weeks were actually my healthiest ones, so that gives me a lot of motivation and actually a joy of wanting to go out and play. Also, [I have had back-to-back] good matches, so that [also gives me] a lot of confidence. So, I will just go there and try to apply this aggressive mindset I’m trying to use. To step into the court, try to go to volleys and keep the patterns no matter what. And from there, try to get the best out of it.”

With a 10-7 singles mark in 2021, all at the top singles position, Soriano Barrera most recently collected his third All-ACC accolade, becoming only the second Hurricane in program history to garner the honor at least three times, joining Vallverdu (2006-09) who claimed the accolade four times.

Earning first-team status following an unblemished 3-0 record against top-25 individuals, he became the first men’s tennis student-athlete in program history to claim first-team recognition, as the league did not move to naming separate teams until 2014.

Graduating on May 14 with a bachelor degree in mathematics, Soriano Barrera is set to return to Spain following the conclusion of the NCAA Singles Championship to pursue a professional tennis career.

Throughout his four years at Miami, Soriano Barrera is thankful for everything he has learned at The U.

“I learned a lot, not going to lie,” Soriano Barrera said. “Starting from being by myself, meeting and adapting to new people. Because when you are home you are always around the same people and not confronting any new ideas. So, here you have your ups and downs and you learn how to behave. So, what I think I got the most out of all of it is how to adapt to certain situations and how to understand people better. How to understand myself better.

“As I said, you go through paths, through moments that you don’t usually go down when you are with people you have always been around,” Soriano Barrera. “I also got a degree here at Miami, and I am walking away knowing that I have gained a lot of experience and knowledge that I can hold on to for the rest of my life.”

To view the full bracket CLICK HERE. Live video for NCAA Championship matches will be available HERE and fans are encouraged to download the TennisONE app for easier viewing access. In addition, live stats throughout the tournament can be found HERE.