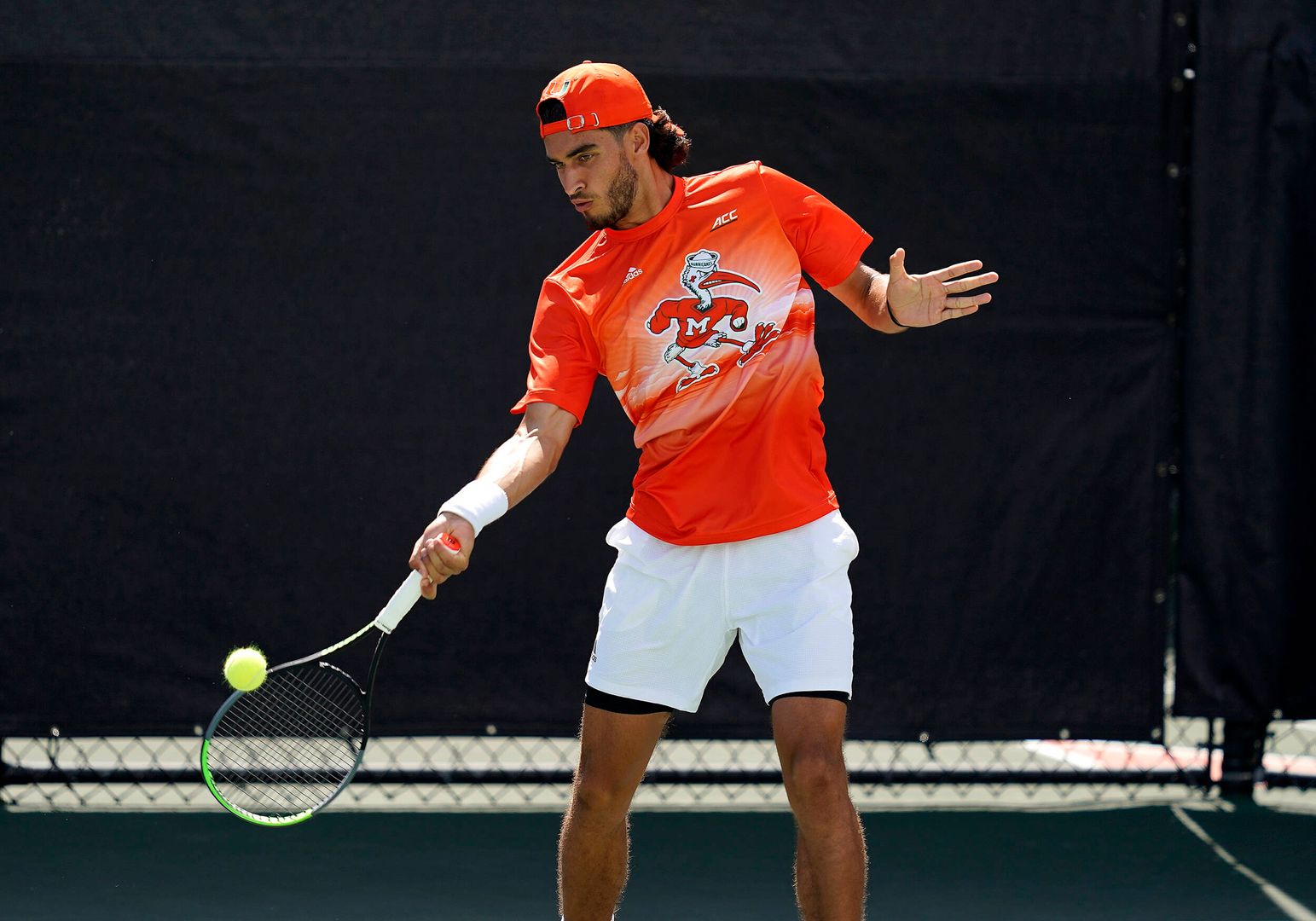 The singles competition will be conducted May 23-28 at the USTA National Campus in Orlando following the conclusion of the team championship, which runs from May 17-22.

The full tournament brackets will be announced one day before competition starts. To see the complete lists of selections, click HERE.

This marks the third NCAA appearance for Soriano Barrera. In 2019, he became the first Hurricane to be selected for the NCAA Singles Championship since 2016, when Piotr Lomacki represented Miami in the tournament, and just the third Cane in a decade to earn a berth, as Daniel Vallverdu participated in 2009. Omar Aly was picked as an alternate for the tournament in 2014 and Lomacki in 2017, although neither played in the event.

In addition, Soriano Barrera is the first Hurricane since Vallverdu to earn multiple selections to the 64-player field.

Miami’s senior rose 12 spots in the most recent ITA singles rankings, following a top-20 triumph at the ACC Championship in Rome, Ga. The Barcelona, Spain, native now sits at No. 39 in the nation and has been ranked among the top-60 in every poll dating back to the initial 2018-19 preseason poll.

Rising as high as No. 13 in his illustrious career, Soriano Barrera was named by the conference office as an All-ACC first team honoree on Thursday. He became only the second Hurricane in program history to garner the honor at least three times, joining Vallverdu (2006-09) who claimed the accolade four times. He is also the first student-athlete in program history to claim first-team recognition, as the league did not move to naming separate teams until 2014.

Competing at the top of the Hurricanes’ singles lineup, Soriano Barrera owns a 9-7 mark this spring, while maintaining a perfect 2-0 record against top-25 individuals.

As a freshman he teamed up with Christian Langmo in the NCAA Doubles Championship and reached the Round of 16, becoming the first Miami duo to make the tournament since Daniel Vallverdu and Carl Sundberg earned a bid in 2008.

Hoping to join Soriano Barrera in Orlando is Miami’s top doubles tandem, Franco Aubone and Benjamin Hannestad. Ranked No. 31 in the latest ITA doubles poll, the duo has been selected as an alternate for the 32-team doubles tournament.