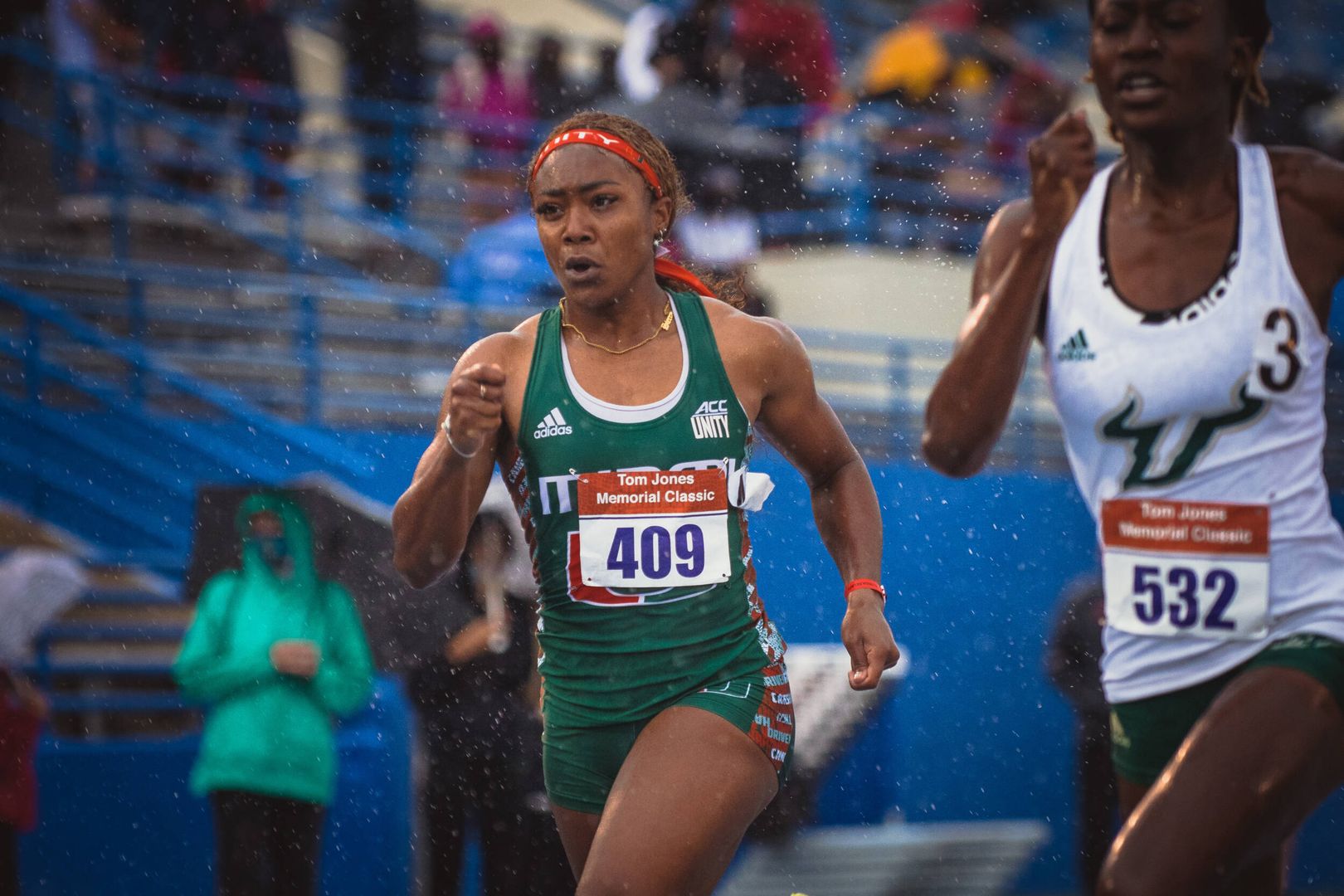 Canes Women Ranked No. 14 After Week 4

CORAL GABLES, Fla. – The women of Miami’s track and field team were ranked No. 14 in the U.S. Track and Field and Cross Country Coaches Association’s poll on Monday.

The Canes scored 118.77 points from eight track events and seven field events. Following the two-day meet at Tom Jones Memorial, Miami added two new events to be ranked for the fourth-straight weekend of the outdoor season.

The 4×400 relay combined of Moriah Oliveira, Sierra Oliveira, Blanca Hervas and Kayla Johnson ran the 18th-fastest time in the NCAA at 3:36.01 and scored 4.51 points. Freshman Ashley Moore registered a mark of 12.99m in the triple jump to add to the team’s total.

Michelle Atherley’s 6,100 points in the heptathlon ranks third in the NCAA and is the top scored event for the Canes at 29.96 points. Close behind, the 4×100 relay of Lauryn Harris, Alfreda Steele, Jacious Sears and Tiara McMinn rank No. 5 with their time of 43.56.