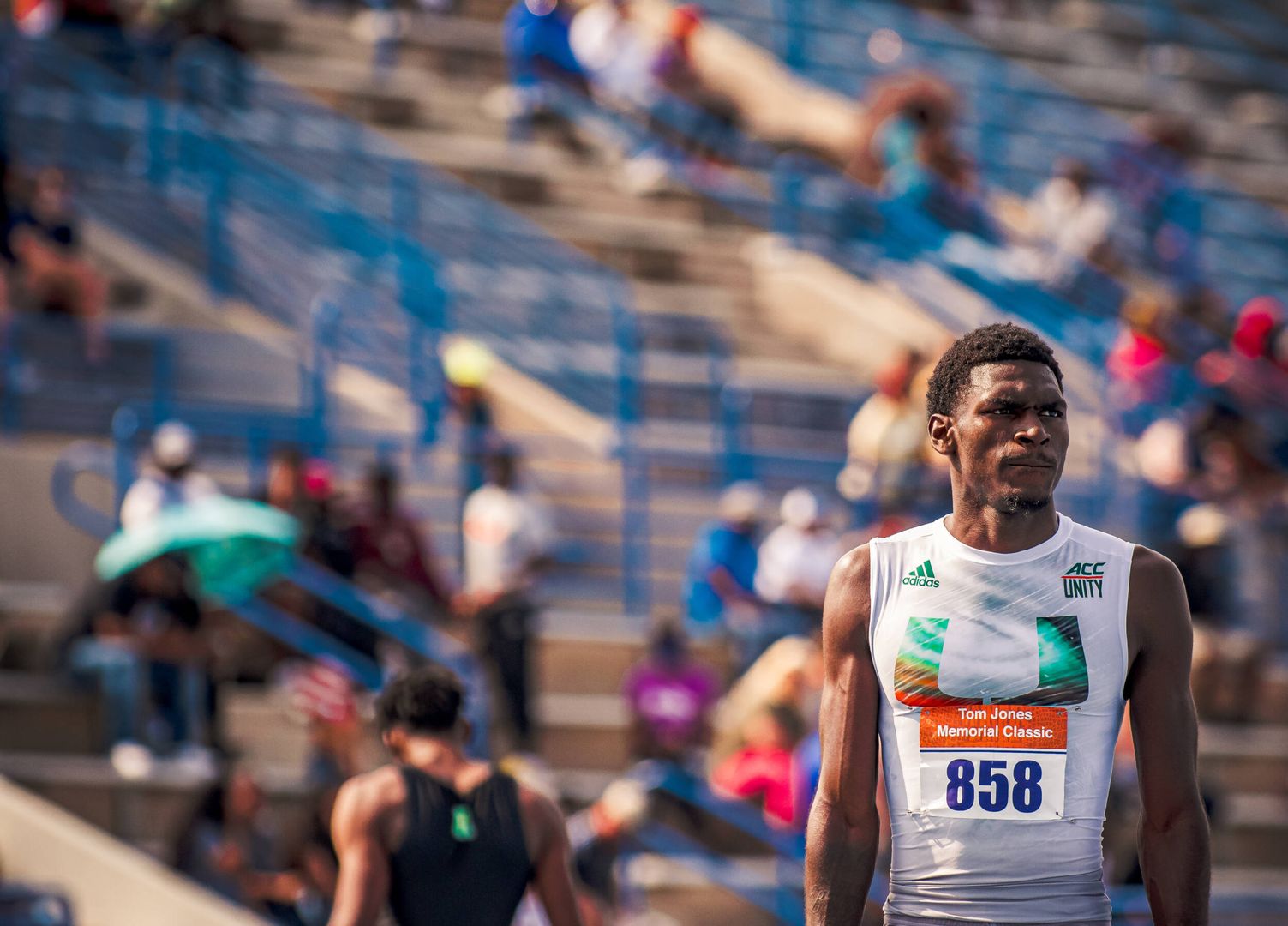 GAINESVILLE, Fla. – Miami track and field closed out the final day of the Tom Jones Memorial with three events breaking into the all-time list.

The final event to crack the top five was sophomore Kevin Snyder’s personal-best mark of 15.44m in the triple jump to finish third. Russell Robinson finished just behind him with his mark of 15.42m.

On the women’s side, freshman Ashley Moore recorded a personal-best in the triple at 12.99m to finish seventh while Taylor Wright registered a mark of 12.05m.

Tiara McMinn claimed the 100m hurdles title with her second-fastest time of the season at 12.94 seconds. Lauryn Harris finished ninth with her time of 13.54. Xavier Coakley finished eighth in the men’s 110m hurdles with a time of 14.02 seconds.

Five Canes took part in the 400m with two women finishing in the top 10. Moriah Oliveira ran the Canes’ fastest 400 time of the season at 54.23 to finish seventh, while Blanca Hervas finished eighth at 54.47. Kennedy Brace finished with a time of 55.73. For the men, Jalen Gordon posted a time of 49.44 and Ryler Gould finished at 50.37.

Miami’s women took second-place in the 4×100 relay with a time of 44.06 ran by Harris, Alfreda Steele, Sears and McMinn. The men of Chambers, Asa Burke, Coakley and Gordon ran a time of 40.99.

Debbie Ajagbe began her day finishing seventh in the hammer throw with a season-best mark of 60.43m. Kevin Arreaga finished fourth on the men’s side with his 65.78m mark.