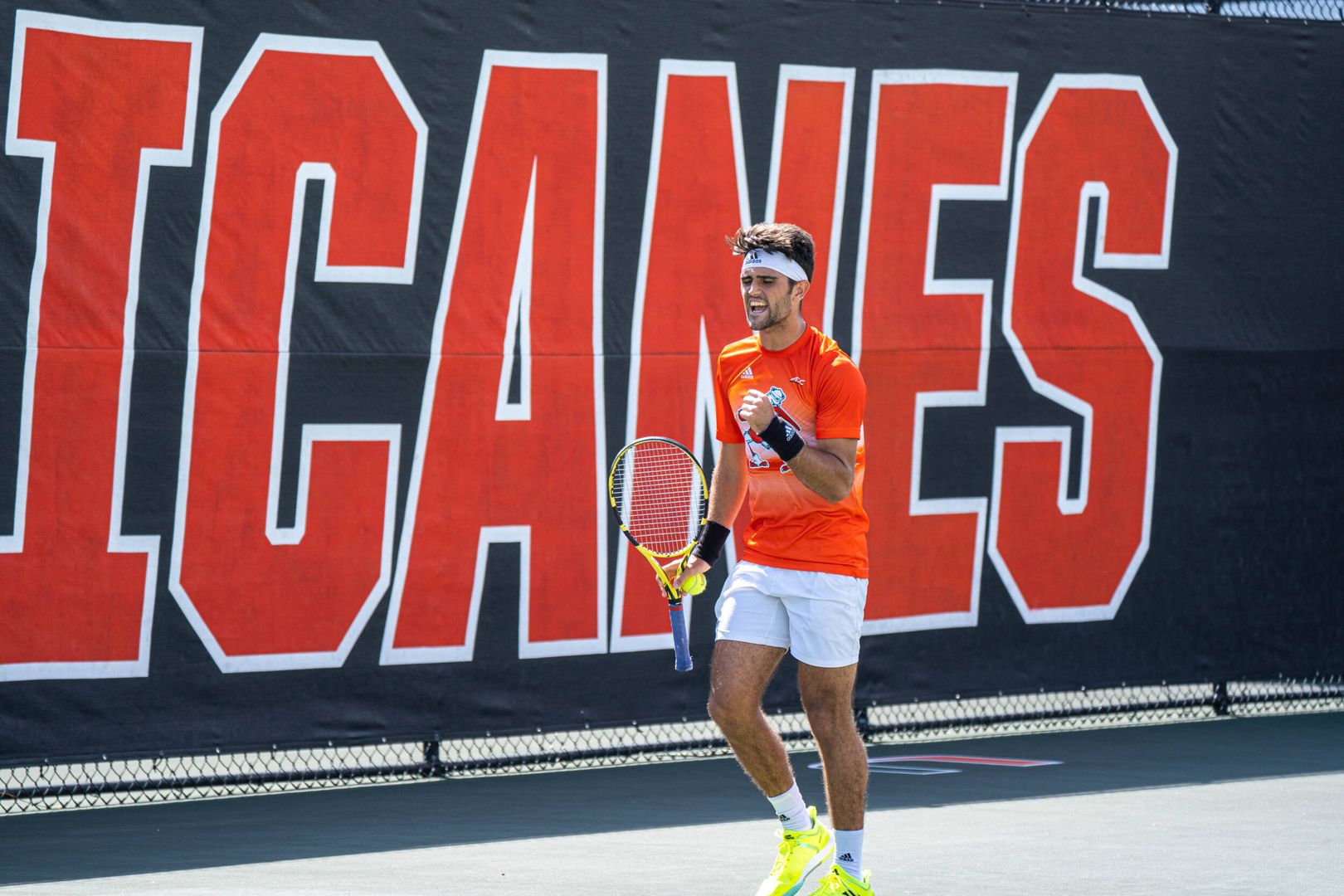 Closing out the Regular Season

CORAL GABLES, Fla. – Only three matches remain in the 2021 men’s tennis campaign, with the University of Miami looking to continue its late season push into the ACC Championship.

Winners of four-consecutive matches to get back to .500, the Hurricanes enter the final weekend with a 7-7 (4-4 ACC) mark and are set to take on third-ranked North Carolina, No. 41 Duke and Charlotte in the Tar Heel State.

Miami’s win streak began nearly a month ago, when the Hurricanes snapped a five-match losing streak with a decisive 4-3 win over then-No. 29 South Florida at the Neil Schiff Tennis Center.

However, immediately following the win, the Hurricanes season was placed on hold due to positive COVID-19 tests, subsequent quarantining and contact tracing within the program.

19 days later, Miami returned to competition without skipping a beat, knocking off Florida State in Tallahassee, Fla., 4-2, before shutting down Boston College (7-0) and Florida Atlantic (4-1) in Coral Gables, Fla.

On Friday, Miami will take on a new challenge when it travels to North Carolina to take on the 2021 ITA National Team Indoor Champion Tar Heels (15-2, 7-2 ACC) at the Cone-Kenfield Tennis Center.

The Tar Heels are led by five student-athletes ranked in the ITA singles poll, No. 38 William Blumberg, No. 39 Rinky Hijikata, No. 66 Brian Cernoch, No. 77 Benjamin Sigouin and No. 87 Simon Soendergaard. In doubles, UNC sports the nation’s third-ranked pair of Blumberg and Cernoch.

The Hurricanes are ranked 43rd as a team and are led by No. 34 Adria Soriano Barrera in singles and No. 32 Franco Aubone and Benjamin Hannestad in doubles.

Following Friday’s contest, Miami will square off with Duke Saturday at 1 p.m. in Durham, N.C., before traveling to face Charlotte Sunday at noon.