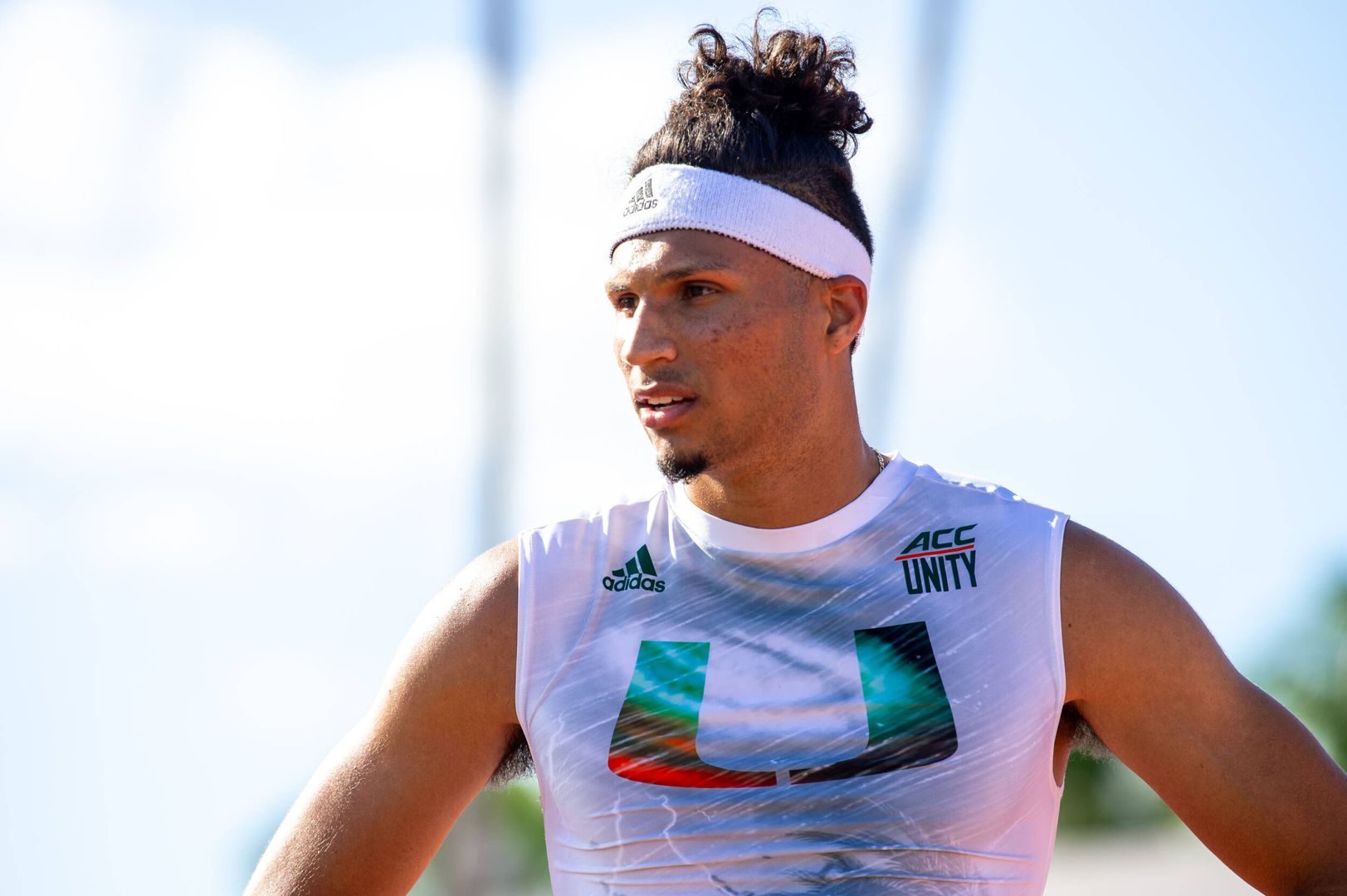 Both Isaiah Holmes and Michelle Atherley broke school records during the Hurricane Alumni Invitational to earn the pair their first ACC weekly honor of the season.

In her first heptathlon since the 2019 NCAA Outdoor Track and Field Championships, Atherley broke not only her previous Miami school record, but also the ACC’s record set by Xenia Rahn in 2015. Atherley won the event, scoring 6,100 points, currently third-best in the NCAA.

Atherley notched two personal-bests, one in the 200m running a time of 23.94 seconds and registering a mark of 12.99m in the shot put. The North Port, Fla., native won six of the seven scored events to lead the ACC with the top score by more than 300 points.

After cracking Miami’s top five list in the men’s high jump last week at the Florida Relays, Holmes returned to his home track to claim the program record a 2.21m. His mark broke a 24-year program record and is tied for the seventh-best mark in the NCAA.

This week’s award makes it the fifth and sixth weekly award Miami has won this season.

The Canes return to action in Gainesville, Fla., on April 16-17 for Tom Jones Memorial.