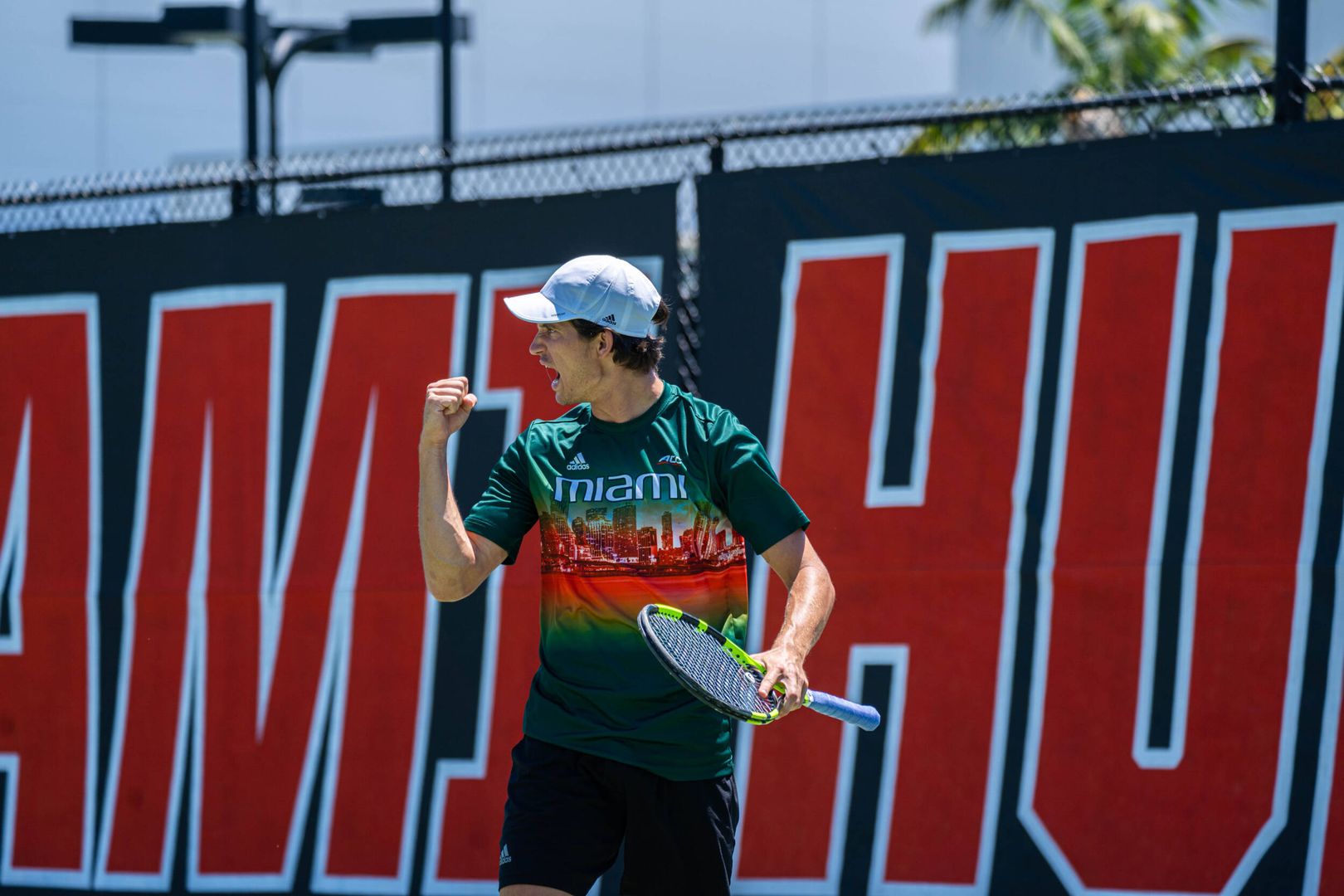 CORAL GABLES, Fla. – The University of Miami men’s tennis team rebounded in singles action Tuesday afternoon, on the way to a 4-1 triumph over FAU at the Neil Schiff Tennis Center.

In what was the final home regular season match of the 2021 campaign, the Hurricanes (7-7, 4-4 ACC) collected their fourth straight victory to return to .500 on the year.

FAU (6-10) got off to a fast start in doubles and claimed the advantageous point with wins on courts 2 and 3.

With the doubles point clinched, play was suspended on court 1 with No. 31 Franco Aubone and Benjamin Hannestad a point away from victory, leading 5-4 (40-15).

Out of the break, the Hurricanes caught fire in singles action with five opening sets going in their favor.

On court 2, Jankulovski evened the tally with a dominating, 6-3, 6-1, victory over Huempfner, before Hannestad gave Miami a lead it would not look back on, topping Fernandez Horta, 6-4, 6-3.

Securing his third straight victory and improving to 2-0 at No. 5 singles, Vasser moved Miami a point away from clinching with a 7-6 (7-4), 6-1 win over Stodder.

Meanwhile, overcoming a pair of 3-4 deficits in both sets, Aubone moved passed Robbins, 6-4, 6-4, clinching the overall match for the Hurricanes 4-1.

Following the victory, the Hurricanes will head to North Carolina for a trio of matches to close out the regular season. First, Miami will open the road stretch at second-ranked North Carolina Friday at 3 p.m.