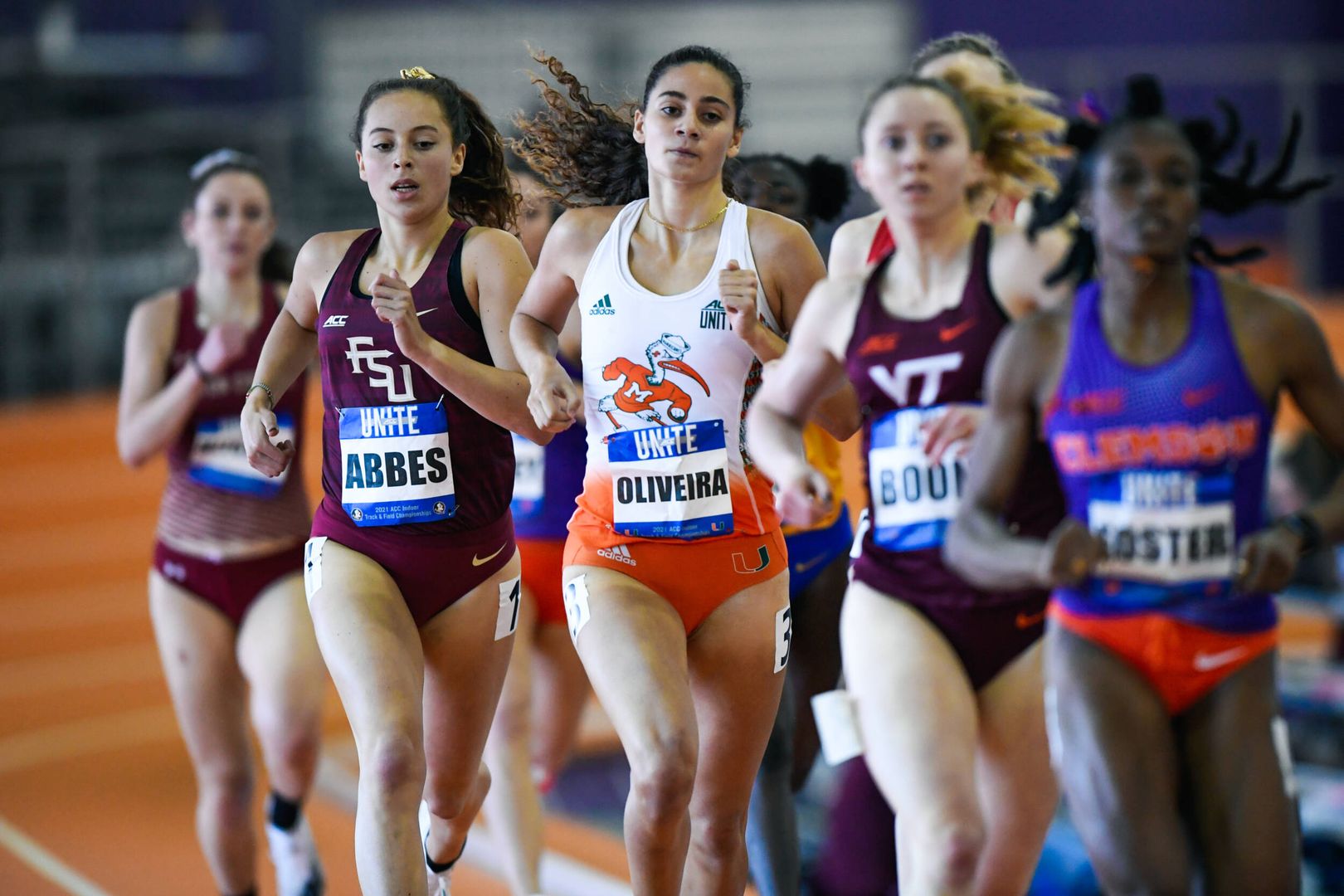 CORAL GABLES, Fla. – Four members of the Miami track and field team were named to the All-ACC Indoor Track and Field Academic Team.

Freshman Sierra Oliveira, senior Alfreda Steele, sophomore Taylor Wright and sophomore Russell Robinson, who all scored at this year’s conference meet, were named to the Academic Team on Tuesday afternoon.

The Canes were led by Steele both on the track and in the classroom. Steele finished fifth at the 2021 NCAA Indoor Track and Field Championships in the 60m dash to earn USTFCCCA First Team All-American honors and boasts a 3.91 GPA in grad school while studying liberal arts.  She is a two-time member of the ACC Honor Roll, is a member of Omicron Delta Kappa National Honor Society and holds Miami’s second-fastest time in the 60m dash in program history.

Wright, who won her first ACC title in the women’s high jump, holds the highest GPA of the group at 3.94 while majoring in exercise physiology. Wright has previously been named to the ACC’s Honor Roll, Miami’s President’s List and holds the third-best mark in the high jump in program history.

With her 3.52 GPA also in exercise physiology, Oliveira is the lone freshman to make the list for the Canes. Oliveira reached the 800m finals in her first ACC meet and anchored Miami’s first-place 4×400 relay team.

Robinson joins 40 others to the All-ACC Men’s Academic Team with his 3.34 GPA in sports administration. The Windermere, Fla., native reached the finals in both the long jump and triple jump at this year’s conference championships and currently ranks in the top five in both events in school history.