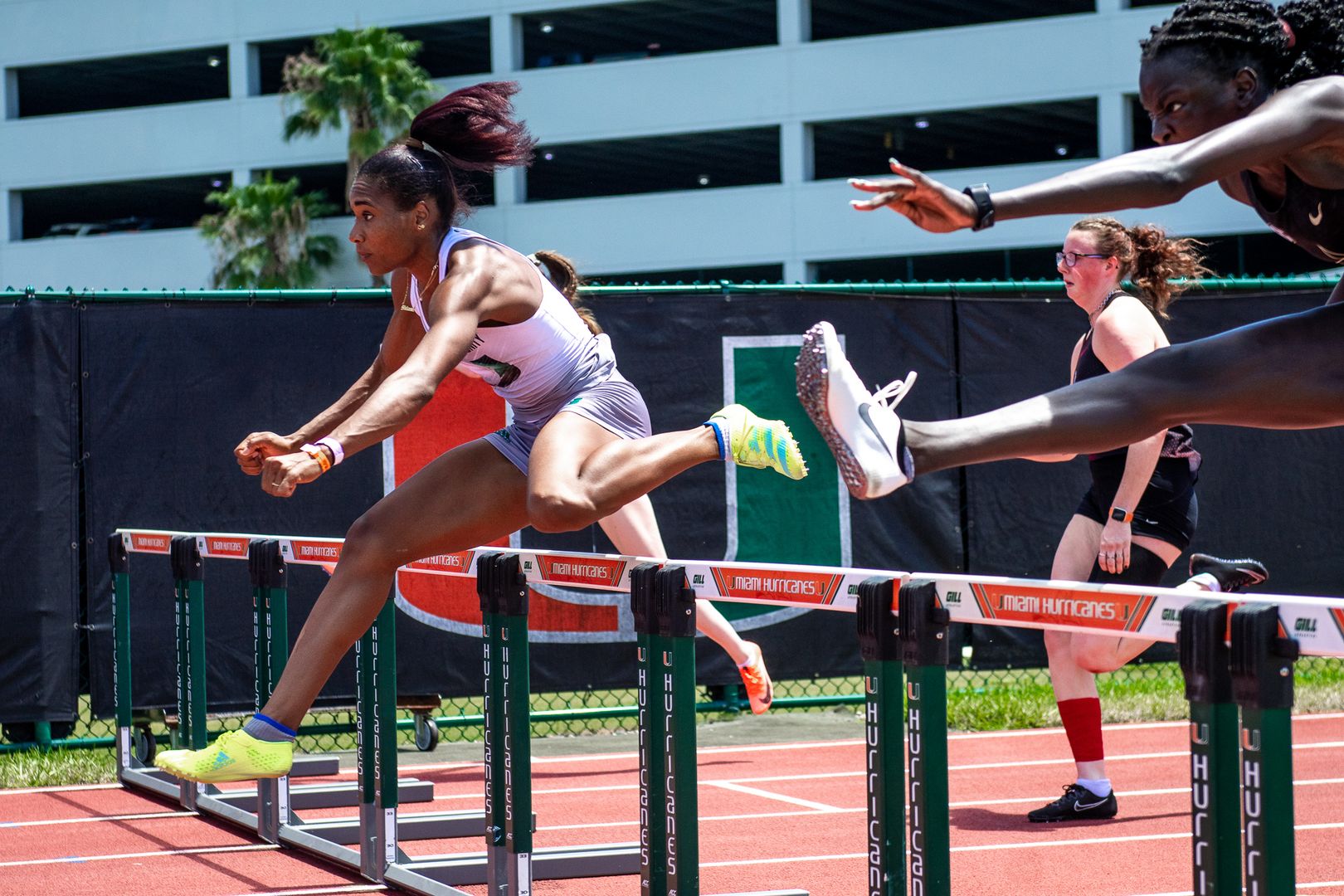 Miami Women Climb to No. 13

CORAL GABLES, Fla. – The women of the Miami track and field program climbed one spot in the U.S. Track and Field and Cross Country Coaches Association’s poll on Monday.

The Canes are now ranked No. 13 in the NCAA and are the top ranked women’s team in the ACC.

Miami has totaled 134.01 points from 16 scored events after three full weeks of competition. Michelle Atherley added two new scored events for Miami as she recorded the NCAA’s third-best score in the heptathlon with a program-record score of 6,100 points. Her mark of 1.75m in the high jump also added points to the team score, which ranks in the top 50 in the nation.

Debbie Ajagbe and Kristina Rakocevic both posted season bests in the discus at the Hurricane Alumni Invitational. Ajagbe’s mark of 53.85m currently sits at No.25 in the NCAA, while Rakocevic’s mark of 52.31m not only ranks as No. 45, but also No. 5 in Miami history.

The Canes are led by eight track and four other field events, while the 4×100 relay team and Tiara McMinn in the 100m hurdles boast to- five times in the NCAA. The relay holds a time of 43.56, while McMinn debuted in the hurdles with a time of 12.92.

Miami returns to Gainesville, Fla., for the second time this season for Tom Jones on April 16 -17.