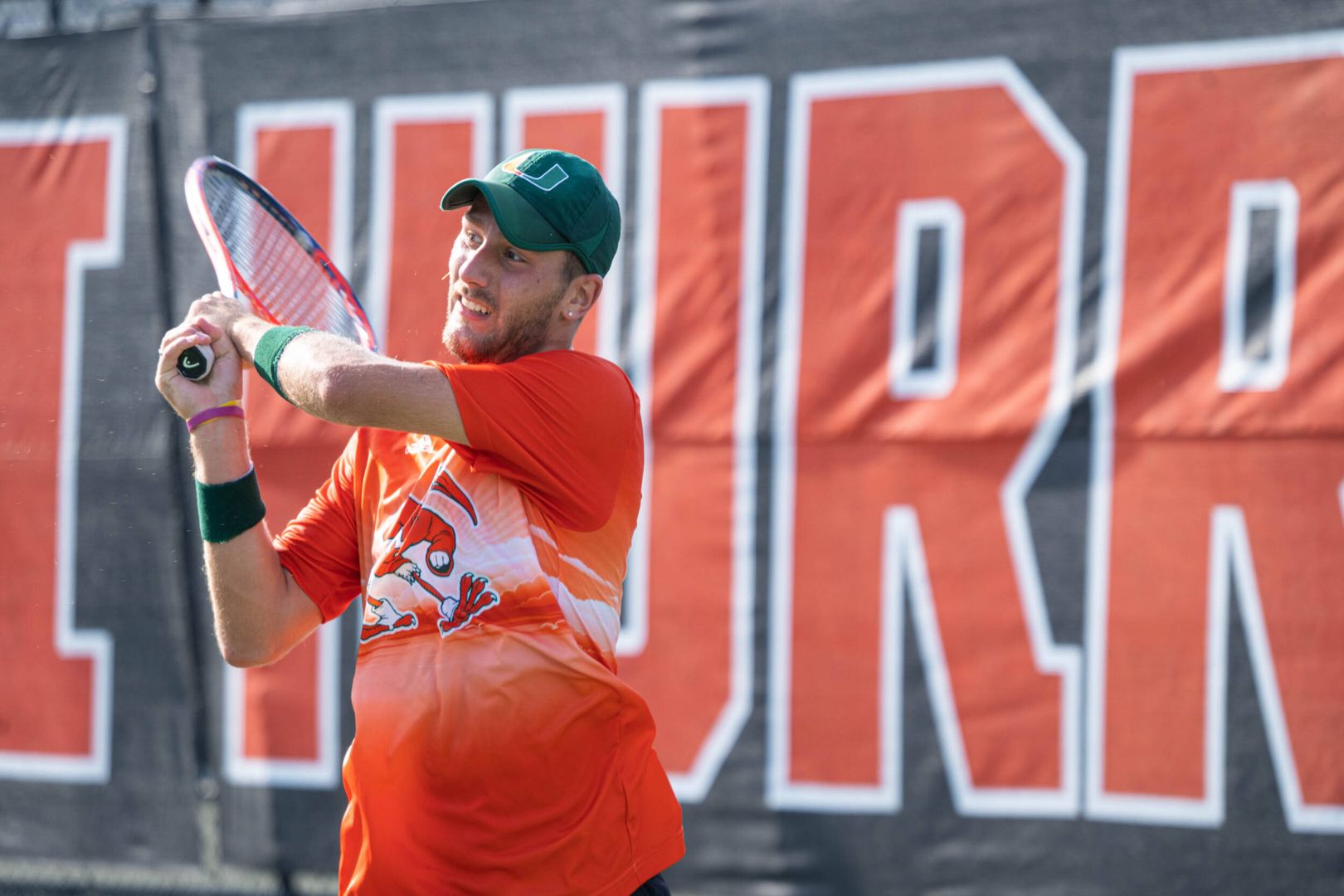 CORAL GABLES, Fla. – Back on its home court for the first time in 21 days, the University of Miami men’s tennis team dominated from start to finish Saturday afternoon.

Without dropping a single set the entire match, the No. 45 Hurricanes swept Boston College, 7-0, on senior day at the Neil Schiff Tennis Center.

The Hurricanes (6-7, 4-4 ACC) opened the day with a dominating doubles performance on court 1, as No. 31 Franco Aubone and Benjamin Hannestad cruised past Mason Fung and Max Motlagh, 6-0.

Moments later, Bojan Jankulovski and Stefan Milicevic clinched the doubles point with a 6-2 triumph over Santiago Montafur and Bennett Turner.

On court 2, Adria Soriano Barrera and Oren Vasser were looking to mount a comeback, trailing 4-5 against Will Kasten and Max Mendelsohn.

Following the brief ceremony, the Hurricanes remained on fire heading into singles, with all six courts nearly finishing simultaneously.

In the final match to conclude, Jankulovski completed Miami’s perfect outing with a 6-2, 6-4 triumph over Mendelsohn.

Up next, the Hurricanes will wrap up the 2021 regular season home slate Tuesday at 1 p.m. against Florida Atlantic.