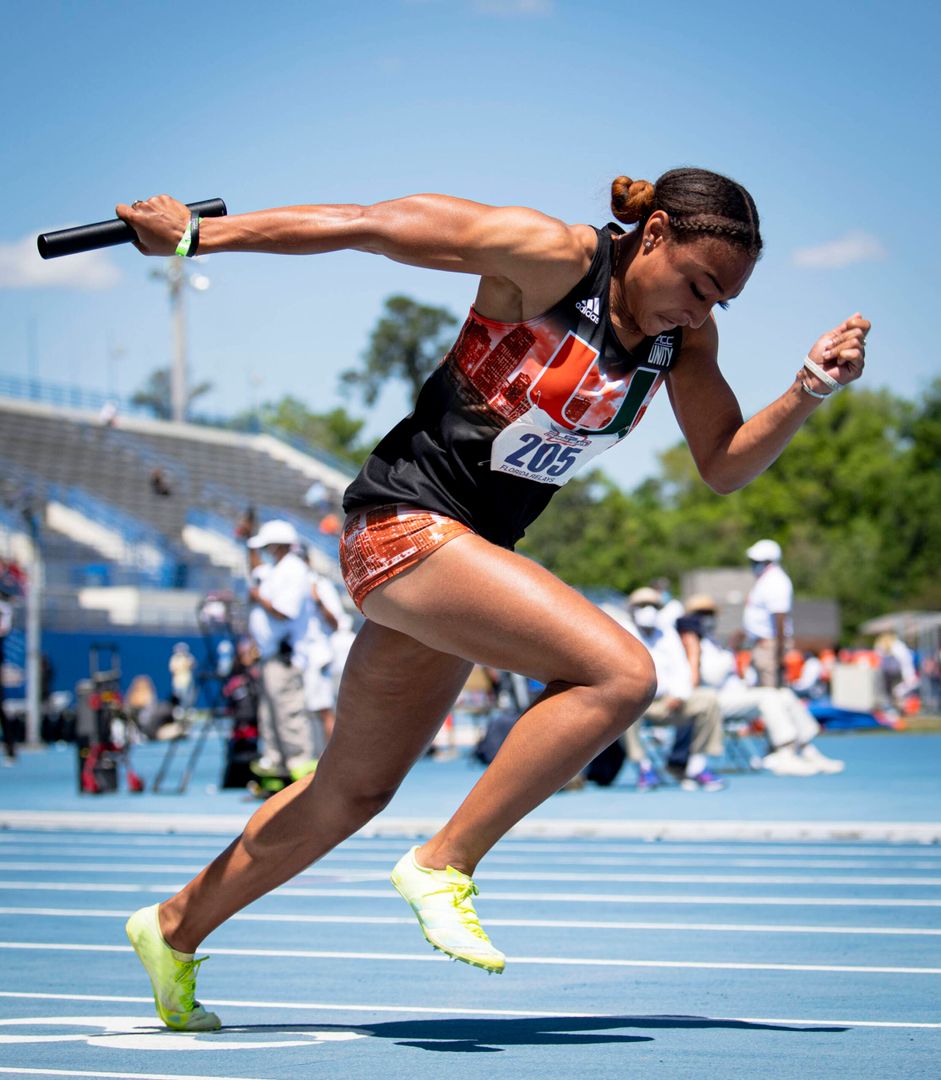 CORAL GABLES, Fla. – The women of the Miami track and field program climbed eight spots in the latest U.S. Track and Field and Cross Country Coaches Association Poll to No. 14.

Four Miami events are ranked in the top 10 in the NCAA, still led by the 4×100 relay team of Lauryn Harris, Alfreda Steele, Jacious Sears and Tiara McMinn. The team ran a staggering time of 43.56 seconds, which ranks as the fourth-fastest time in the country and ties Miami’s third-fastest time in program history.

Zakiya Rashid held on to the No. 5 spot in the women’s discus with her mark of 57.64m set at the Hurricane Collegiate Invitational, while McMinn debuted in the 100m hurdles with an explosive time of 12.92 seconds, which also ranks as the fifth-fastest time and leads the ACC.

Just behind McMinn, both Kayla Johnson and Steele hold the No. 9 spot in the NCAA in their respective events. Johnson competed in her first 800m event this outdoor season at the Florida Relays and posted a time of 2:04.79, while Steele ran a personal-best 100m time of 11.26, which improved her No. 3 time in Miami history.

Michelle Atherley and Harris joined McMinn with top times in the 100m hurdles. At No. 12 in the NCAA, Athlerley’s time of 13.12 ranks as the second-fastest in the ACC behind McMinn, while Harris ranks fourth in the conference at 13.30 and No. 29 in the NCAA.

Closing out the track events, four freshmen’s combined time of 43.56 comes in at No. 20 in the nation. Oliveira, Sierra Oliveira, Hervas and Kennedy Brace are second in the conference behind Duke.

Atherley’s long jump mark over the weekend of 6.33m climbed to No. 19, while Selina Dantzler’s personal-best throw in the shot put at 16.20m ranks No. 31. Her throw also ranks as the fourth-best mark in program history.

The Canes return to their home track for the third and final time on April 9-10 for the Hurricane Alumni Invitational.