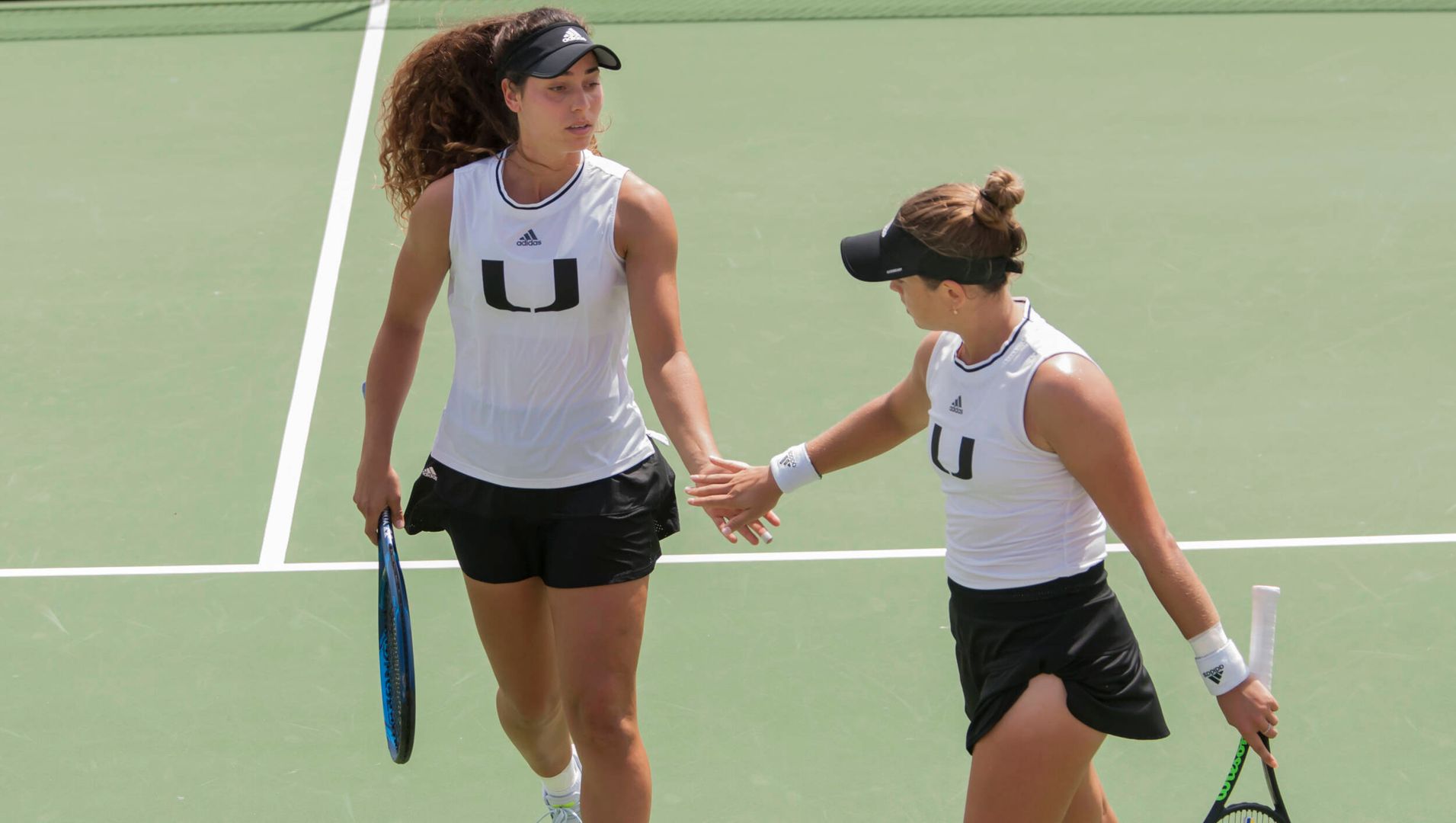 CORAL GABLES, Fla. – The University of Miami women’s tennis team moved up in the newest ITA rankings, released Tuesday afternoon, as did all of its ranked players and pairs.

In singles, both fifth-year senior Estela Perez-Somarriba and freshman Isabella Pfennig at least sliced their ranking in half. The former moved up six spots to fourth nationally, while the latter rose 17 places to the No. 17 position.

Perez-Somarriba holds a top-five spot for the 22nd time in the last 25 rankings releases, including the 15th in the last 16. She is coming off a week in which she posted two straight-set wins over top-15 players, including one against a top-five foe. The Madrid native is 12-2 on the season, with both her setbacks against players currently ranked in the top three.

After starting the season unranked, Pfennig is now one of the top 20 players in the country. She is second among freshmen, trailing only sixth-ranked Emma Navarro of Virginia. Pfennig notched a pair of top-35 victories last week, including staving off nine set points in the opener against then-No. 27 Alana Smith of NC State, en route to a 7-6 (11-9), 2-6, 6-3 victory.

Miami’s two ranked doubles pairs also both moved up the list. Perez-Somarriba and Pfennig climbed two positions and now sit at No. 19 nationally. Second-year freshmen Diana Khodan and Maya Tahan are one spot behind them, at No. 20 overall, after a 14-position jump.

Perez-Somarriba and Pfennig are 7-3 as a duo this season, including 5-3 atop the lineup. They recorded their third top-25 win of the spring Friday in Miami’s 7-0 triumph over then-No. 26 Wake Forest.

Khodan and Tahan own a 6-4 ledger as a pair, all at the No. 2 spot. In their lone completed match last week, they cruised to a 6-0 win over then-seventh-ranked Jaeda Daniel and Adriana Reami of NC State, marking the first top-10 win for a Miami doubles duo in nearly two years to the day.

The Hurricanes continue their seven-match homestand this weekend, beginning Friday at noon against Virginia Tech at the Neil Schiff Tennis Center.