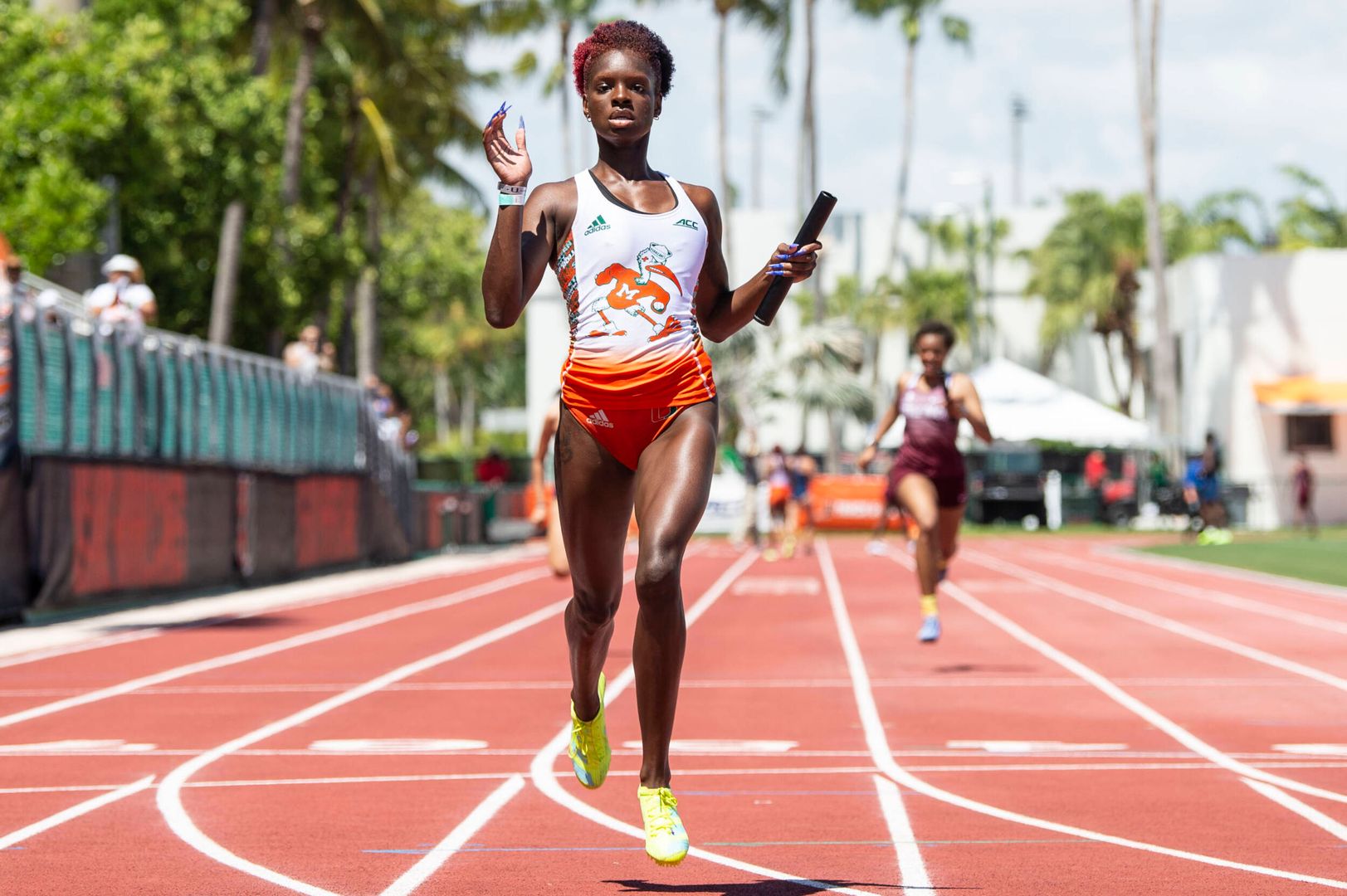 CORAL GABLES, Fla. – The women of the Miami track and field program are ranked No. 22 in U.S. Track and Field and Cross Country Coaches Association’s first outdoor rankings of the season.

Four Miami event times and marks rank among the top 10 in the NCAA, led by the Canes’ 4×100 relay team of Lauryn Harris, Alfreda Steele, Jacious Sears and Tiara McMinn. The relay team’s time of 44.04 ranks as the fourth-fastest time in the country.

Atherley and Taylor Wright’s marks of 1.71m in the high jump are tied for No. 48, while Kristina Rakocevic’s personal best mark of 51.98m in the discus comes in at No. 30. Selina Dantzler’s registered mark of 15.49m in the shot closes Miami’s top scored events at No. 50.

The Canes travel to Tallahassee, Fla., April 2 for the Florida Relays.