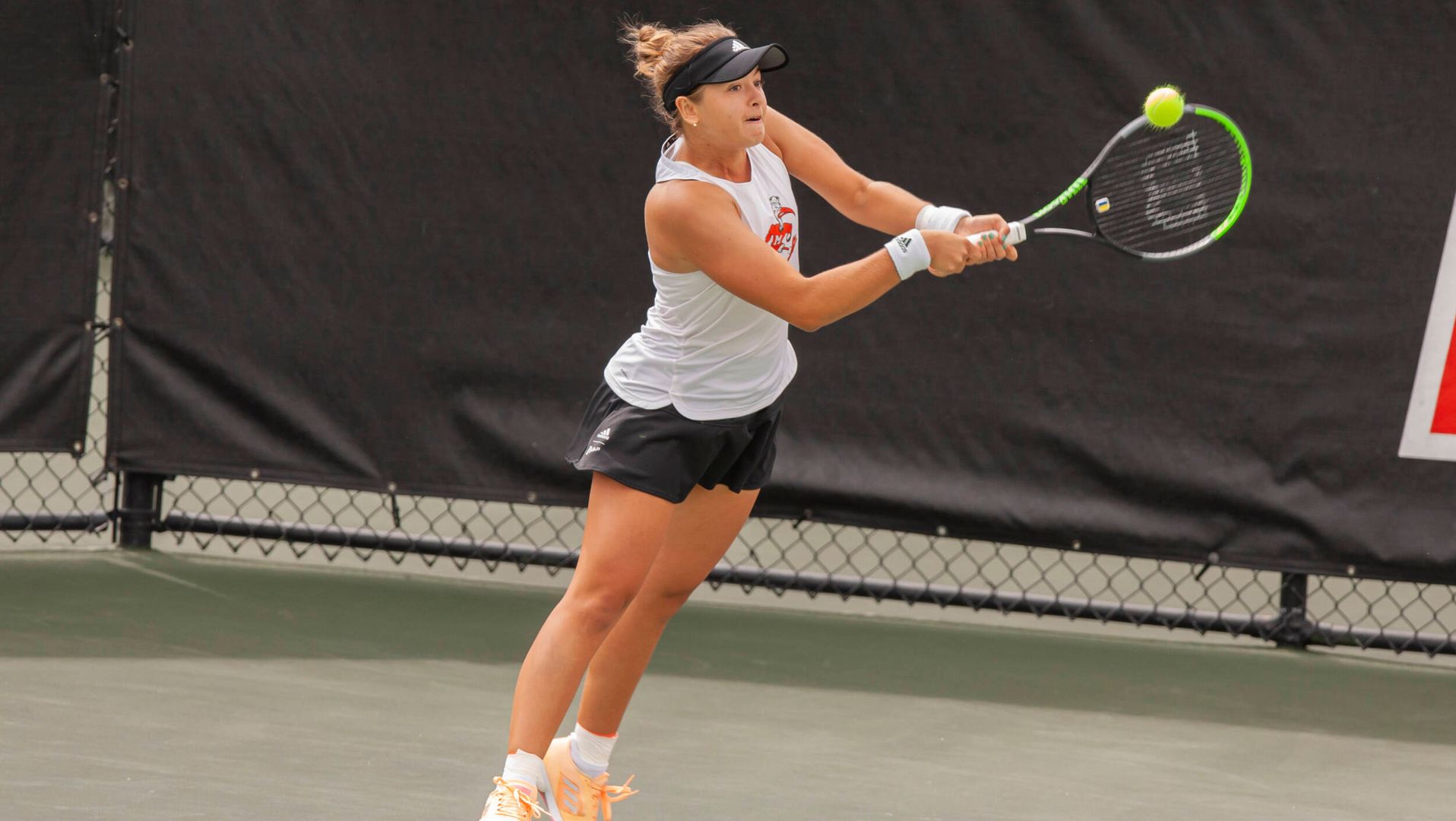 No. 35 Miami (8-5, 5-3 ACC) took each of the first five points of the contest at the Neil Schiff Tennis Center, securing its first five-match winning streak since March 2019.

The Hurricanes took the first doubles decision with ease, as third-year sophomore Daevenia Achong and second-year freshman Florencia Urrutia defeated Dina Chaika and Chelsea Sawyer, 6-2. The other two contests, though, were both even at 4-4, giving Louisville (6-8, 3-6 ACC) a chance to claw back for the point.

Fifth-year senior Estela Perez-Somarriba and freshman Isabella Pfennig, however, won the next two games on Court 1 to defeat Andrea Di Palma and Rhea Verma, 6-4, giving the Hurricanes a 1-0 advantage for the fifth straight match.

The remaining match was played out, with Raven Neely and Tatiana Simova notching a 6-4 win for the Cardinals against second-year freshmen Diana Khodan and Maya Tahan.

“We’re playing smart doubles. We’re staying calm when we need to be calm. We’re aggressive when we need to be aggressive,” Yaroshuk-Tews said. “I think we’re truly believing that we’re going to get in that point. We’re playing some different formations and we’re doing some different things, I think, that are just really smart and a little uncomfortable for our opponents. It’s working well for us. So, I’m just happy that they’re believing in the game plan out there.”

In singles play, second-ranked Perez-Somarriba upped the Hurricanes’ lead to 2-0 when her opponent, Nikolina Jovic, retired during the second set. The Madrid native held a 6-1, 3-1 edge when the action stopped.

Khodan tacked on the third point when she wrapped up one of the most impressive outings of her young career, a 6-0, 6-1 decision against Verma.

Sawyer got the Cardinals on the board by taking a third-set tiebreaker against Urrutia, who played such a match for the third time in her last four outings. Sawyer came away with a 6-3, 4-6, 1-0 (10-3) result to log Louisville’s lone point of the afternoon.

“I think for Bella to be able to recover from that 7-6 first set and come back and dominate the second, and then get out of here with a third-set tiebreaker just says a lot about how good she is and what she’s capable of doing,” Yaroshuk-Tews said. “It was nice we were able to get Di on the board with that big, dominant win at the number five position. I think that’s just going to help us moving forward in the conference.”

Miami, with Sunday’s victory, improved to 7-0 in its all-time series against Louisville. Every match between the two sides has come since the Cardinals joined the ACC in 2014-15.

The Hurricanes continue their seven-match homestand Friday at 11 a.m. when they square off with No. 29 Wake Forest at the Neil Schiff Tennis Center.