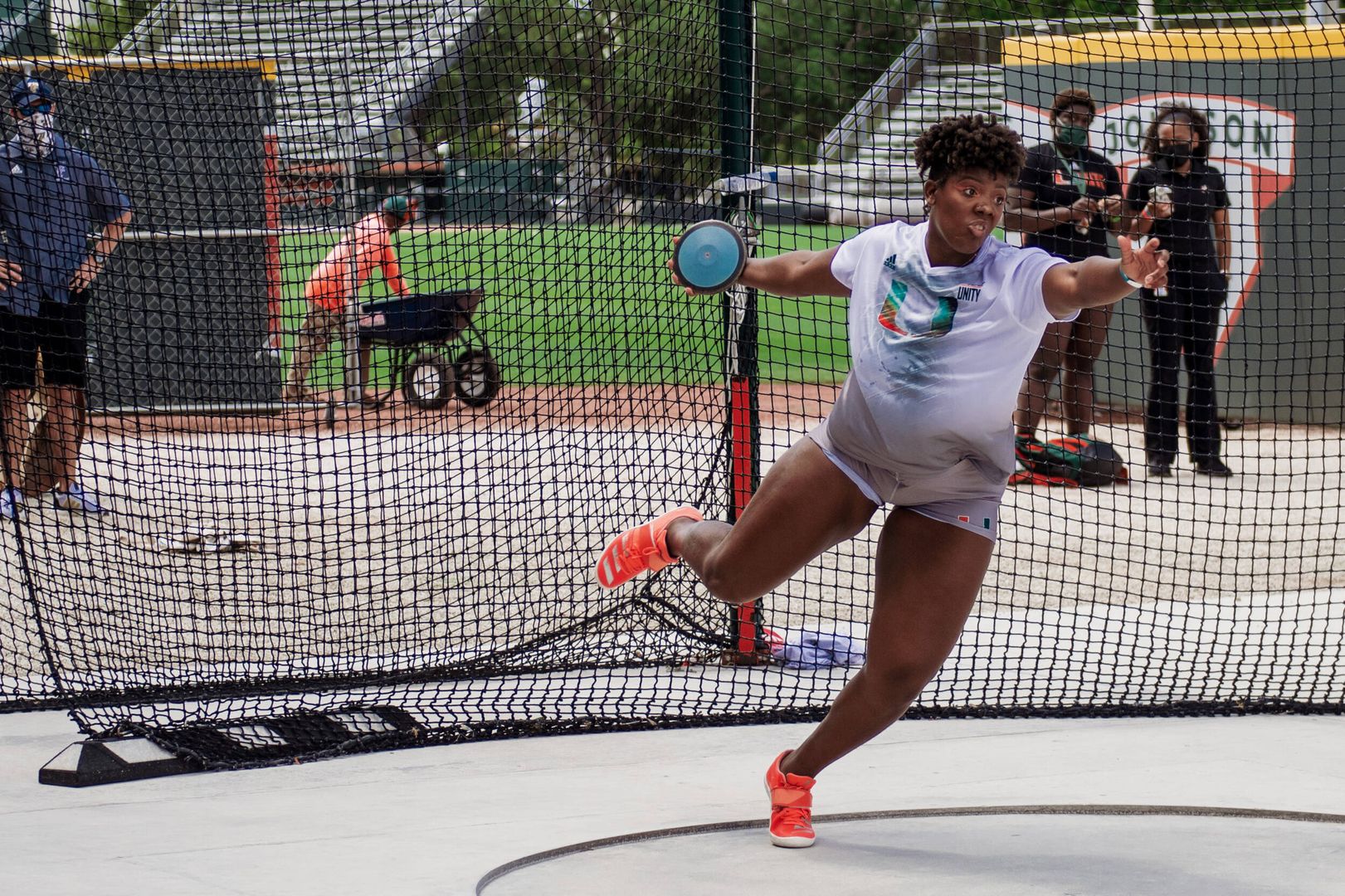 CORAL GABLES, Fla. – The Miami track and field program was without an outdoor track season since 2019.

But it didn’t disappoint in its 2021 outdoor opener, hosting the Hurricane Invitational.

Graduate student Zakiya Rashid broke the school’s program record in the women’s discus with a personal-best mark 57.19m. Rashid hasn’t represented the Canes in two years due to injury and no indoor eligibility, but you wouldn’t notice after her electric performance on her home circle. Rashid entered the day third on Miami’s all-time top five list and surpassed Khadija Talley’s mark of 57.10m set in 2008 on her fifth throw of the day.

Kristina Rakocevic finished second with her mark of 49.41m in her first outdoor season as a Cane. Selina Dantzler finished close behind in third with a mark of 46.45m.

On the men’s side, Jeffrey Williams also broke into Miami’s all-time list at No. 3 with his mark of 56.07m.

Michelle Atherley made her return to the track after waiting one year for her final collegiate outdoor season. Atherley finished first in the women’s high jump with her mark of 1.71m, edging out her teammate Taylor Wright.

Senior Emma Langlois was the final Cane to crack the all-time top five list at No. 4 in the women’s 3000m with a time of 10:04.49. Friday night’s time was a five-second personal best for Langlois. Senior Rosalba Cabrera made her Canes track debut finishing third with her time of 10:23.08. Freshman Morgan Johnson finished sixth with a time of 10:43.28.

Miami will return to its track tomorrow for the final day of the invitational, starting with the men’s javelin at 11 a.m.