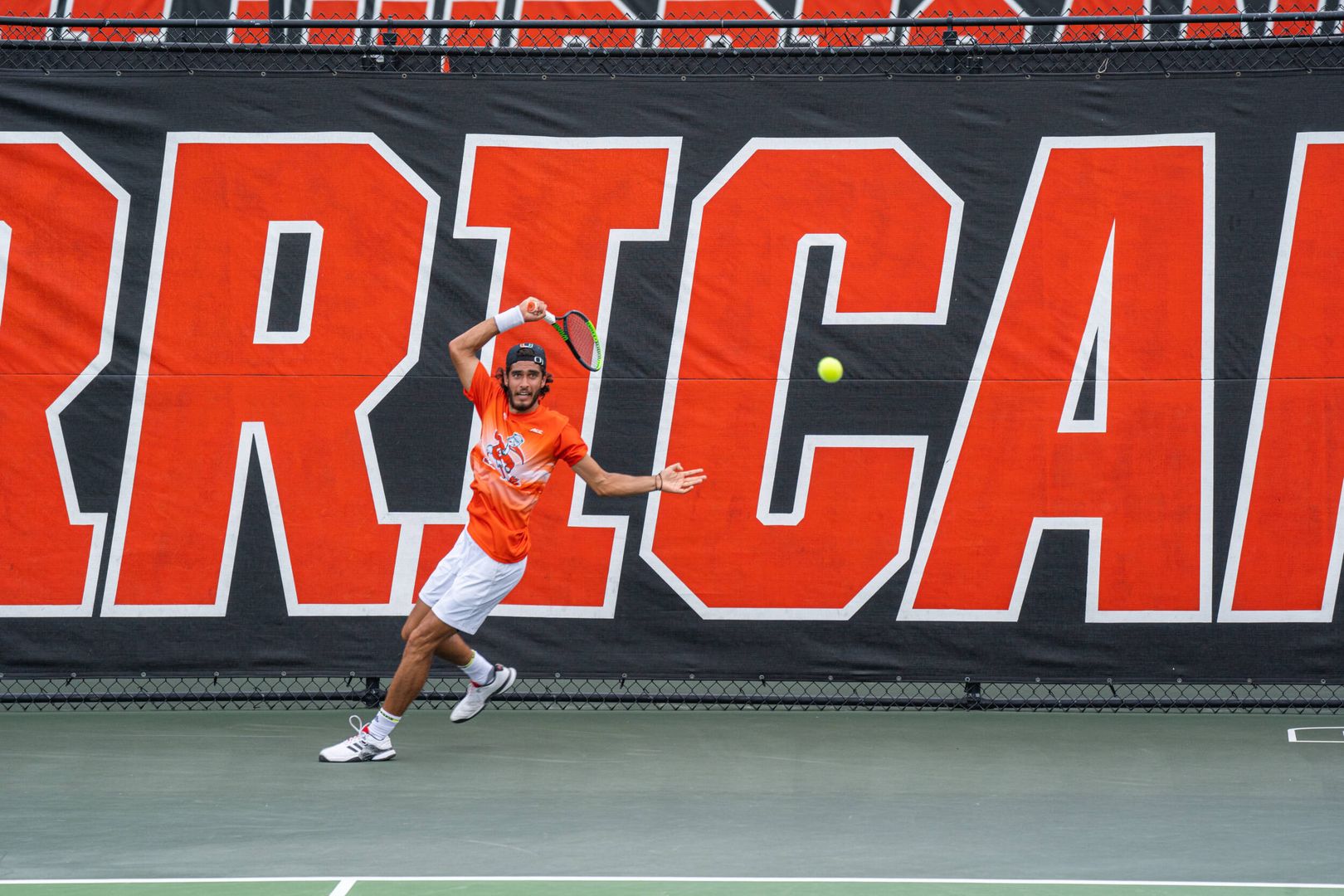 CORAL GABLES, Fla. – The University of Miami men’s tennis team returns to its home court for the first time since Feb. 27, when it plays host to No. 29 South Florida Saturday at 1 p.m.

The Hurricanes enter the in-state affair looking to turn the tides of their season and get back to their winning ways.

Saturday’s meeting marks the first between the two Sunshine State programs since 2014, with the Hurricanes leading the all-time series 7-2.

The Bulls enter the contest with a 10-3 mark on the year, as its eight match winning streak came to a halt Monday at home against sixth-ranked TCU, 5-2.

USF entered the spring without any singles players ranked in the initial ITA preseason poll, while a pair of doubles tandems ranked among the top 50.

Rithvik Bollipalli and Jacob Wojcik team up to form the nation’s 21st-ranked tandem, while Chase Ferguson and Pierre Luquet sit at No. 38.

Live stats for Saturday’s affair will be made accessible HERE.