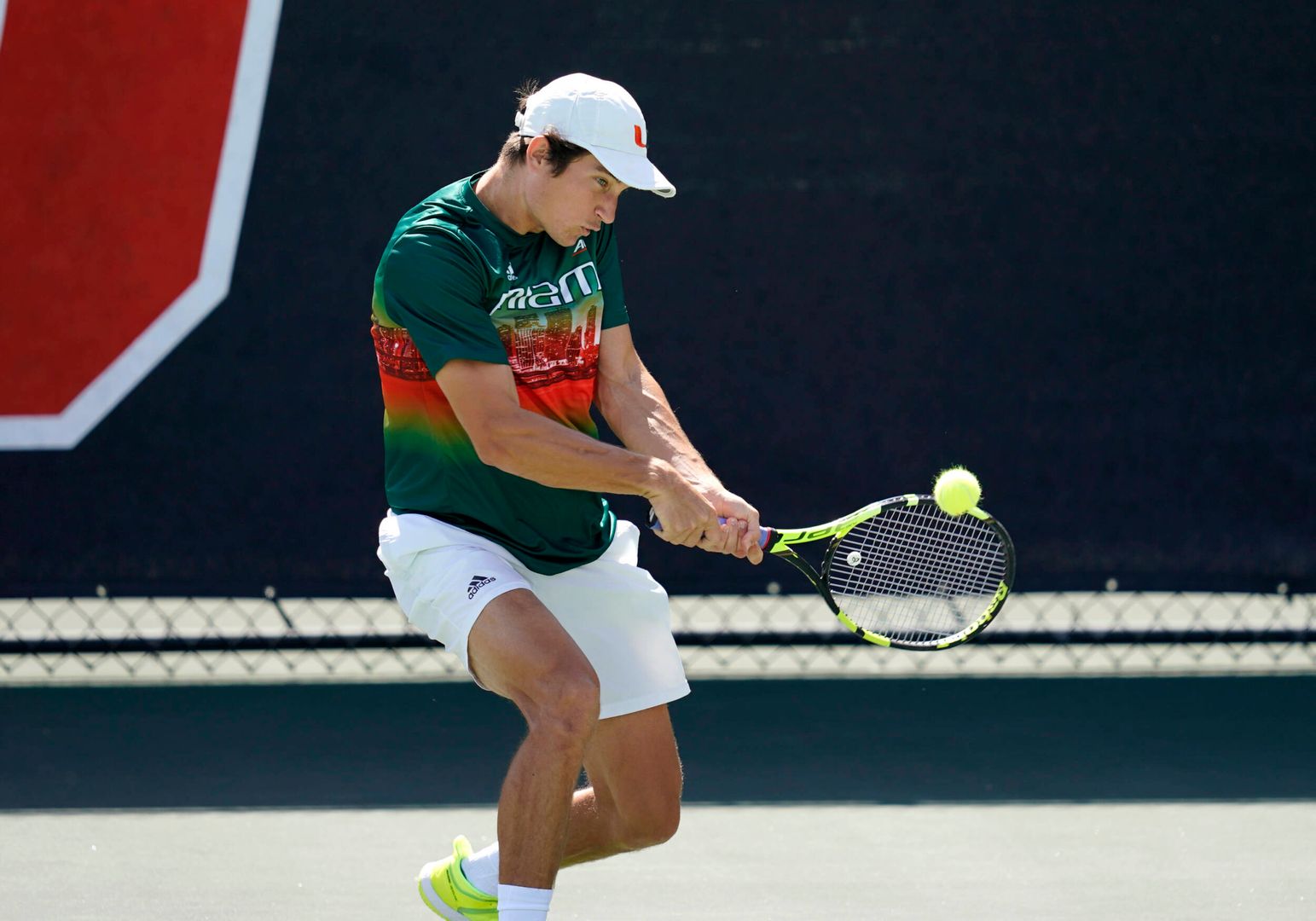 Miami Falls at No. 11 Wake Forest

Opening the match outside at the Wake Forest Tennis Center, a top-25 doubles showdown took place on court 1.

After falling behind 2-5 against No. 18 Eduardo Nava and Henri Squire, No. 22 Franco Aubone and Benjamin Hannestad secured a break point and their serve to pull back within a point. However, the Miami duo’s comeback fell short, as the Demon Deacons earned the 6-4 win.

In the remaining match, Adria Soriano Barrera and Oren Vasser paired up for the first time and were looking to mount a comeback against Siddhant Banthia and Matthew Thomson, trailing 4-5.

Moments after singles action began, play was halted due to inclement weather passing through the North Carolina area.

Action was later moved indoors, with the Demon Deacons taking the early advantage on four courts.

In the first singles match to conclude, Madonia fell, 1-6, 2-6, against Filippo Moroni.

Facing No. 107 Baadi, Jankulovski held a 6-3, 3-2 advantage on court 2. On court 3, second-set action was moments away from first serve, with Hannestad looking to comeback against No. 92 Cungi, down 5-7.

Playing at the No. 4 position for the first time as a Hurricane, Vasser trailed Efstathiou, 3-6, 1-4.