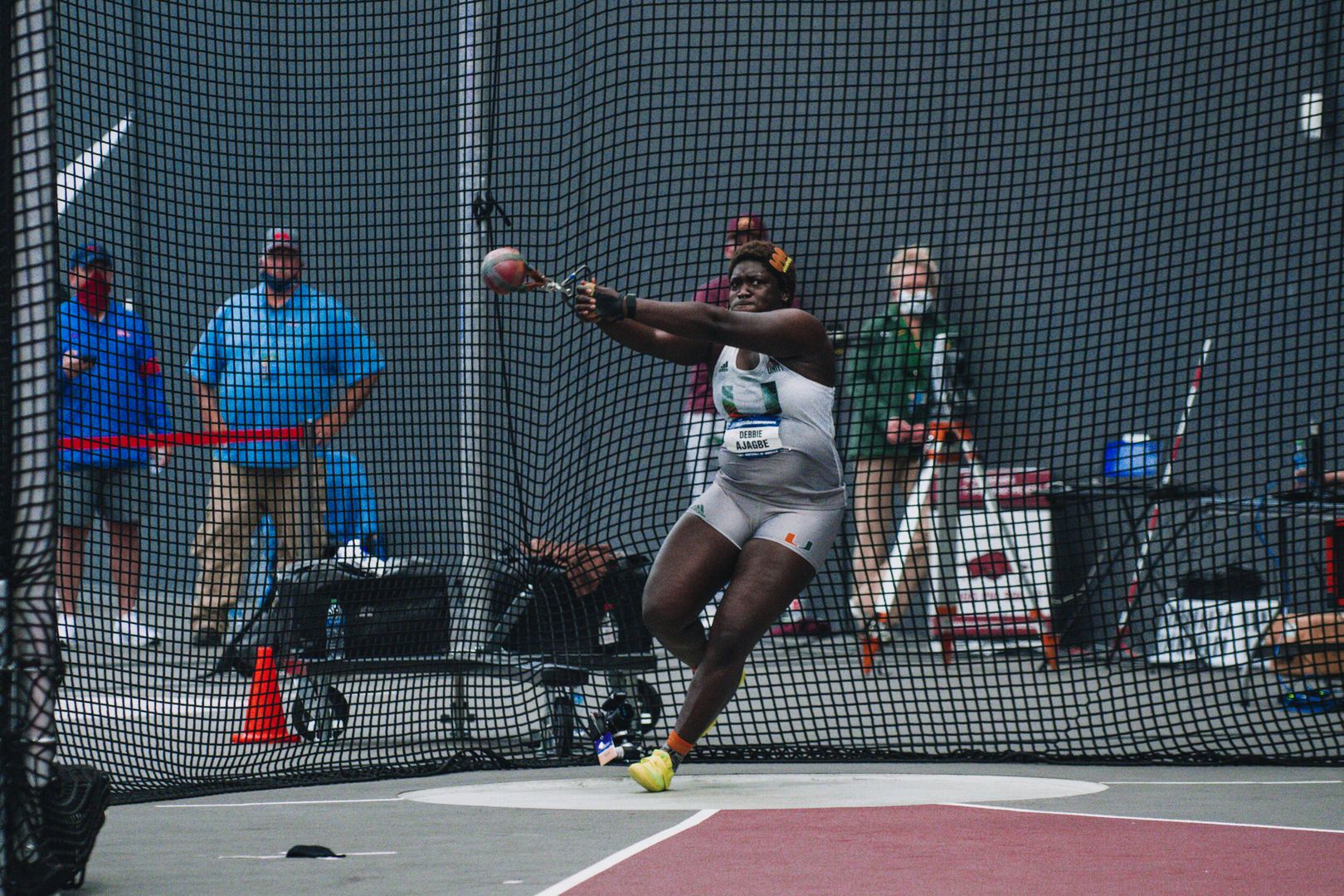 FAYETTEVILLE, Ark. – Debbie Ajagbe closed out the 2021 indoor season finishing 12th in the NCAA in the Division I women’s weight throw.

“Debbie had a great indoor season, including another big ACC Indoor Championships,” director of track and field Amy Deem said. “I know this isn’t exactly the result she was looking for, but I know she will carry the momentum she’s had this indoor season to have a really strong outdoor year.” 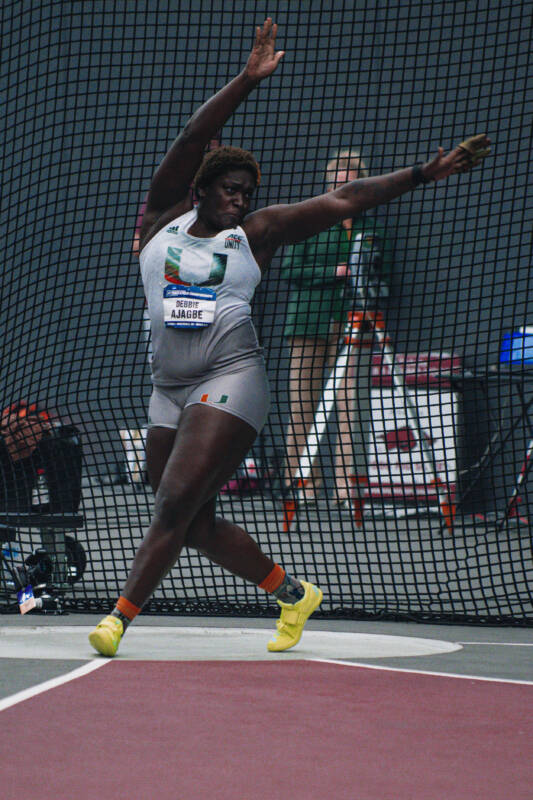 Miami will make its way to the track at the Randall Tyson track on Friday in the women’s 60m hurdles with Tiara McMinn, Alfreda Steele in the 60m dash and Kayla Johnson in the 800m.