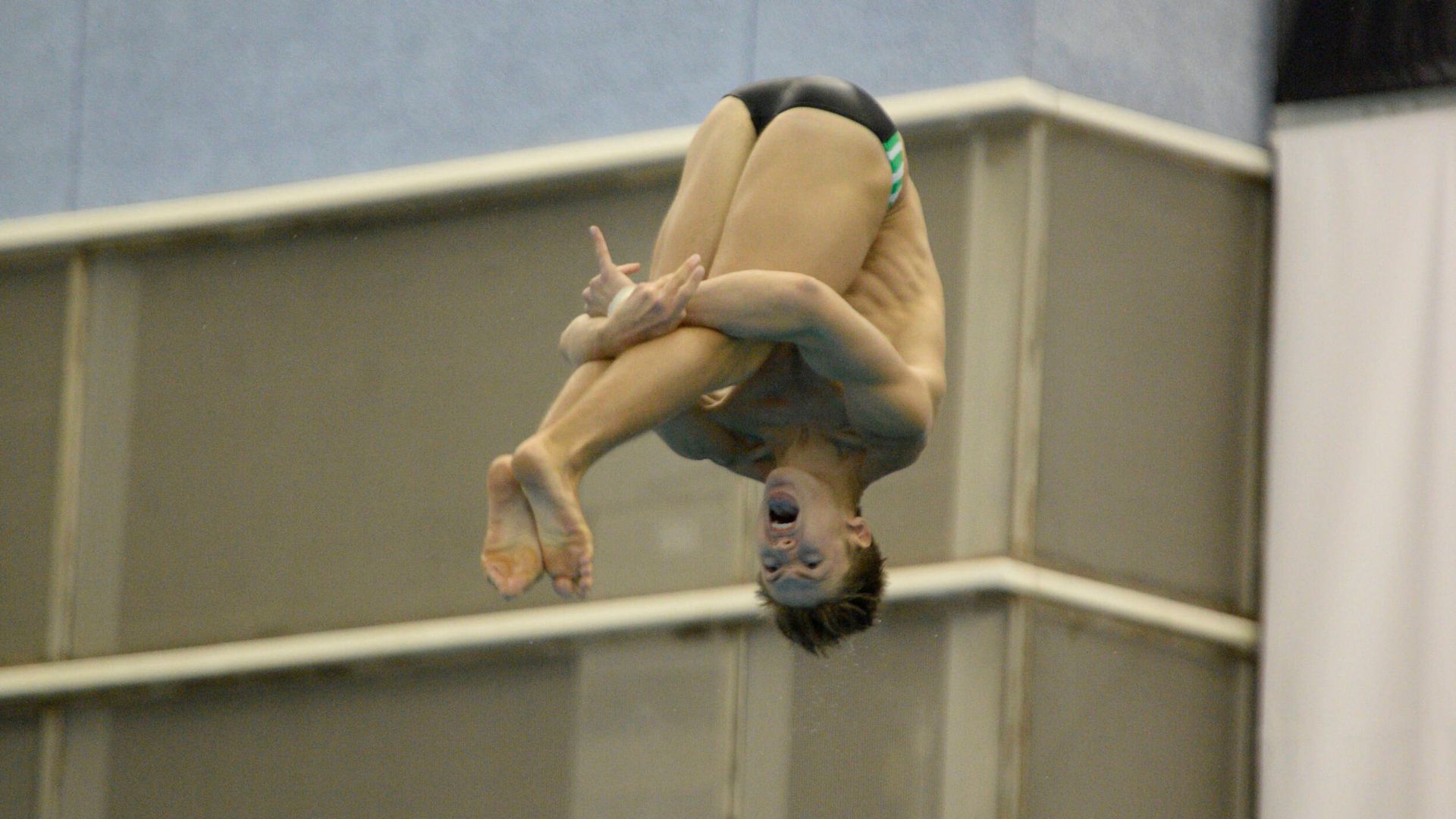 On the final day of Zone B qualifying from the Greensboro Aquatic Center, Matthews – who did not compete on the platform due to a lingering wrist injury – finished in second place (706.90) to qualify for the NCAA Championships.

Matthews, who was an accomplished youth international diver for Team USA before enrolling at Miami as a freshman in January, will also be competing in the 3-meter springboard at NCAAs thanks to his standout showing Tuesday.

“He is so excited. His first time around, just getting started in January, he has come a long way. He was under the gun today. He knew he had to bring his best performance, and he looked like the champ,” head diving coach Randy Ableman said. “He nailed everything, from start to finish.”

The Hurricanes return to Coral Gables where they will continue to train for the NCAA Championships, with both events scheduled to be held in Greensboro.

“It’s been such a crazy season, from the preparation standpoint,” Ableman said. “We’re just now rounding into shape, and the kids are starting to feel comfortable in competition. We’re on the upswing, and it gives me a lot of confidence as we look forward to NCAAs. On this track, we should have a great performance there.”