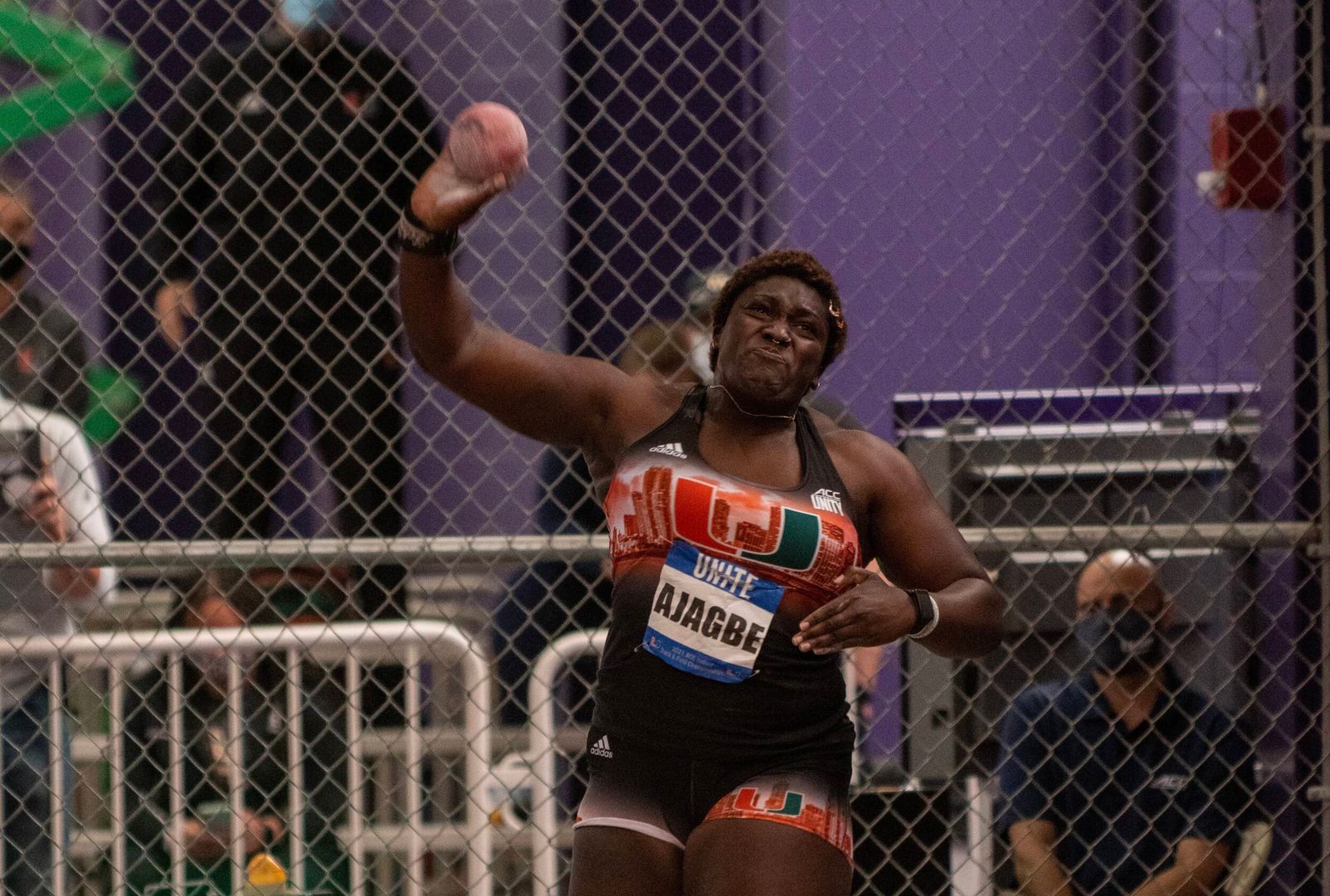 Miami Women Climb to No. 23

CORAL GABLES, Fla. –  The women of Miami track and field climbed two spots in the latest US Track and Field and Cross Country Coaches Association Poll to No. 23.

Monday’s rankings marks the third time the women have been ranked this season. The second week of indoor saw Miami as high as No. 22, while last week Miami broke into the rankings again at No. 25.

McMinn’s time of 8.00 seconds in the 60m hurdles currently ranks as the fourth-fastest times heading into the NCAA Indoor Track and Field Championships this weekend. McMinn’s time scored the Canes 15.66 points.

Johnson, who’s program-record time in the 800m, ranks ninth in the NCAA at 2:03.80. Johnson broke her previous Miami record twice at ACC’s and added 8.10 points to Miami’s total.

Ajagbe’s 11th-ranked mark in the women’s weight throw at 21.76m brought the Canes 5.49 points, while Steele’s time of 7.25 seconds, which equals her personal best time in the event, brought in the final 3.69 points to help the Canes climb to No. 23.

The four seniors are all set to compete in Fayetteville, Ark., on March 12 and March 13 to close out the indoor season.