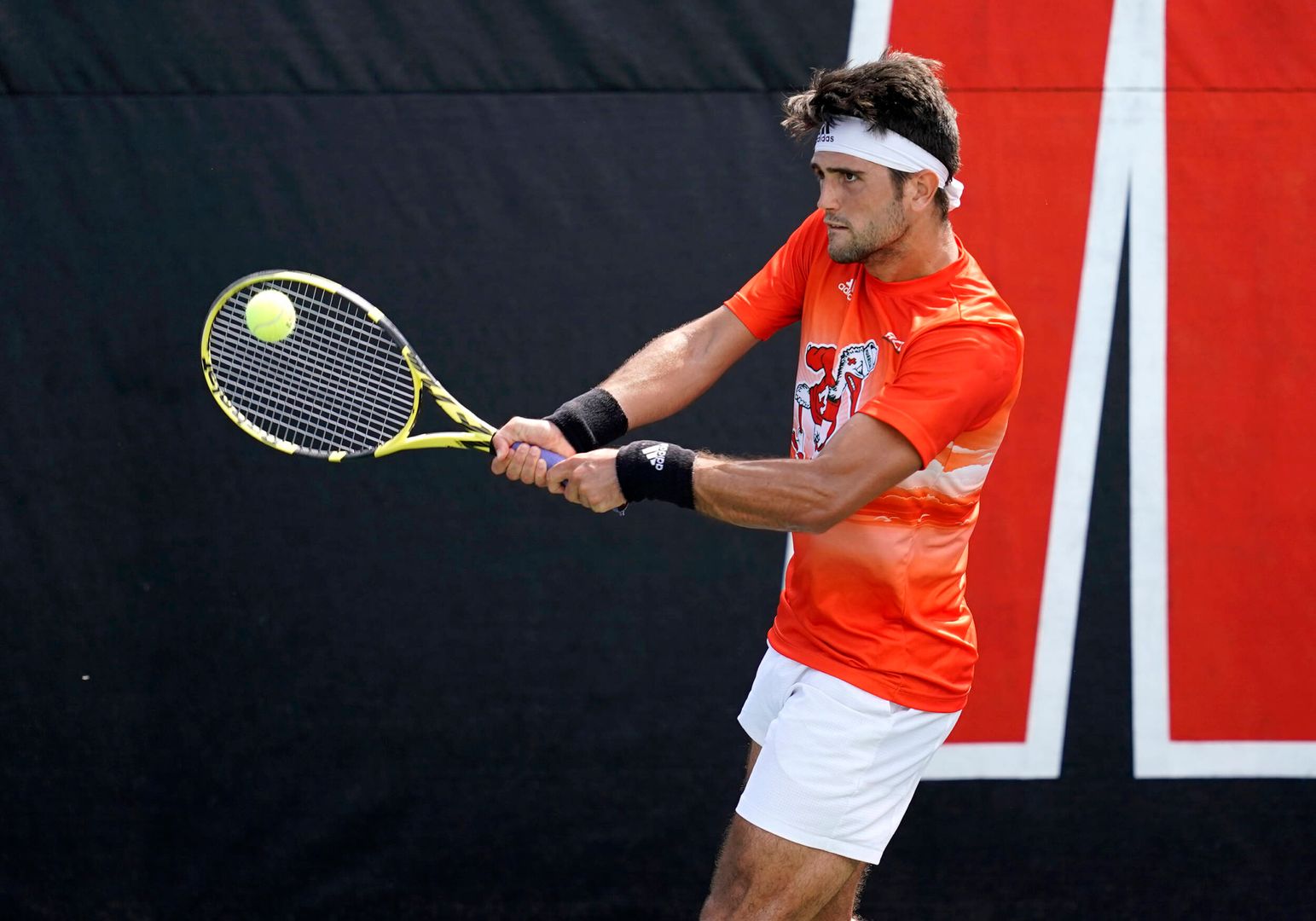 In the lone match not to complete, No. 22 Franco Aubone and Benjamin Hannestad were looking to mount a comeback against Jordan Chrysostom and Ryan Fishback, trailing 5-6 when the doubles point was clinched.

Trailing 4-1 in the opening set, Oren Vasser secured five consecutive games and ultimately claimed Miami’s first point of the match with a 6-4, 6-4 triumph over Shepheard.

As Miami (3-5, 2-2 ACC) looked to claw its way back into the match, Jankulovski pulled the Hurricanes back within one-point when he took down Donato, 6-4, 6-3.

After dropping the opening set, Milicevic looked to keep the match alive in a back-and-forth second-set tiebreaker, but he came up just short, 1-6, 6-7 (6-8).

Up next, Miami will travel to North Carolina for a pair of top-15 matches, first taking on No. 12 Wake Forest on Friday.