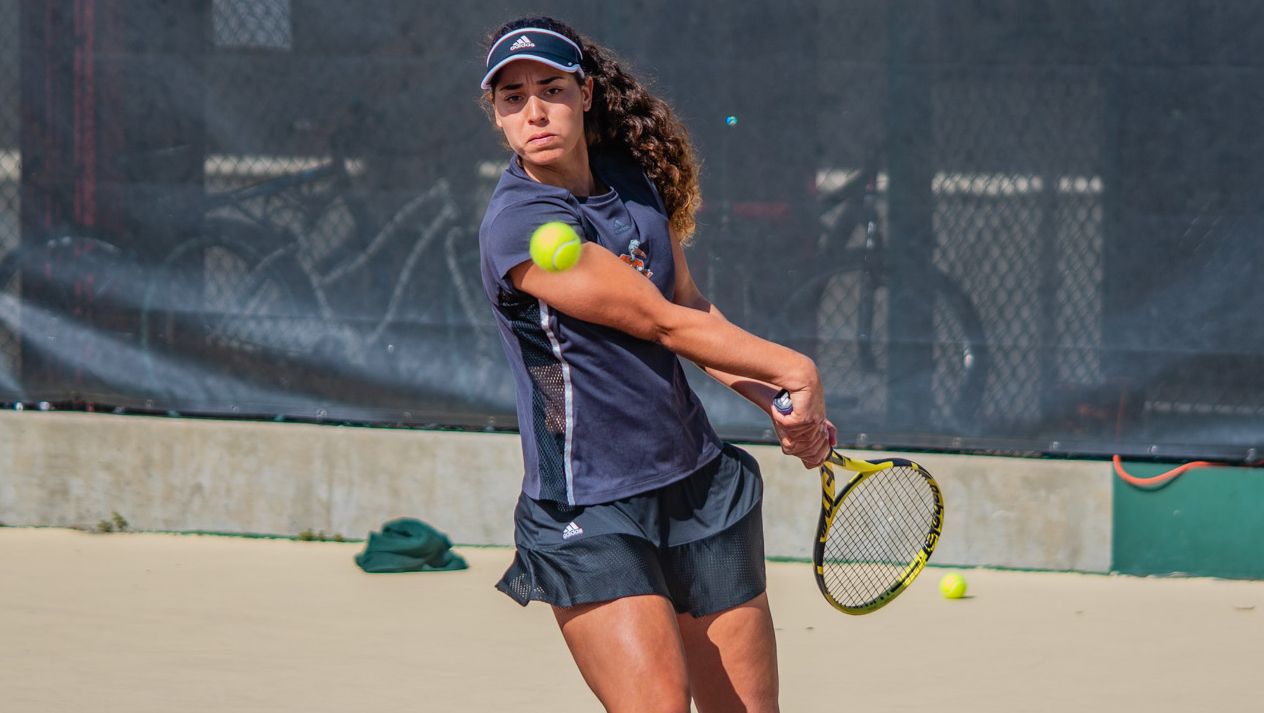 Due to positive COVID-19 tests, subsequent quarantining and contact tracing within the program, No. 30 Miami had just five available players at Cone-Kenfield Tennis Center.

“UNC is the best team in the country right now,” Miami associate head coach Alex Santos said. “We have to congratulate them for being better than us today and keep focusing on our own improvement.”

Fifth-year senior Estela Perez-Somarriba and freshman Isabella Pfenning were in a 3-3 deadlock with Sara Daavettila and Cameron Morra when play stopped.

North Carolina (12-0, 3-0 ACC) doubled its lead with a walkover victory at the No. 6 singles spot and then, not long thereafter, added its third point behind a 6-1, 6-1 victory from No. 79 Elizabeth Scotty over Urrutia.

No. 120 Fiona Crawley followed that with a 6-0, 6-4 result against second-year freshman Diana Khodan and then sixth-ranked Morra edged Pfennig, 6-3, 6-3, in the first singles setback of the latter’s young career.

The lone remaining match, a top-five showdown, was early in the second set when the others all ended. It eventually went to a decisive 10-point tiebreaker that needed 24 total points to determine a winner, with fourth-ranked Daavettila eventually earning a 6-7 (5-7), 6-0, 1-0 (13-11) win over second-ranked Perez-Somarriba.

The Hurricanes are back in action Sunday at noon when they square off with eighth-ranked Duke in Durham, N.C.