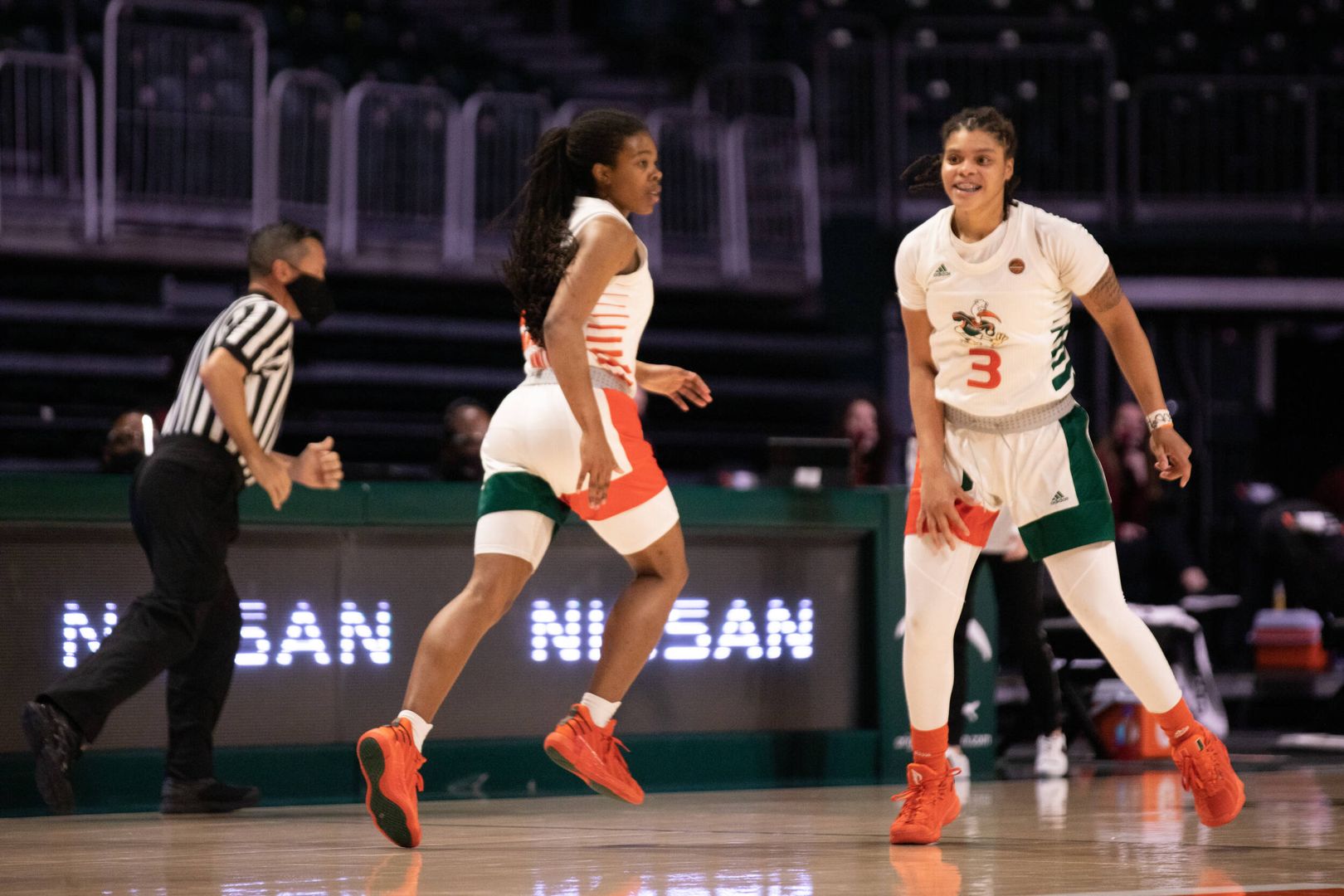 CORAL GABLES, Fla. – Following strong performances in the classroom and on the court, senior Kelsey Marshall and redshirt junior Destiny Harden were tabbed to the All-ACC Academic team, as announced by the Atlantic Coast Conference Wednesday.

This is the first academic team nod for both Marshall and Harden, who are studying sports administration and criminology, respectively.

On the court, Marshall paces the Canes in scoring, averaging 13.2 points per game, while Harden ranks first on the team in rebounding (5.1) and second among Miami players in scoring (10.0).