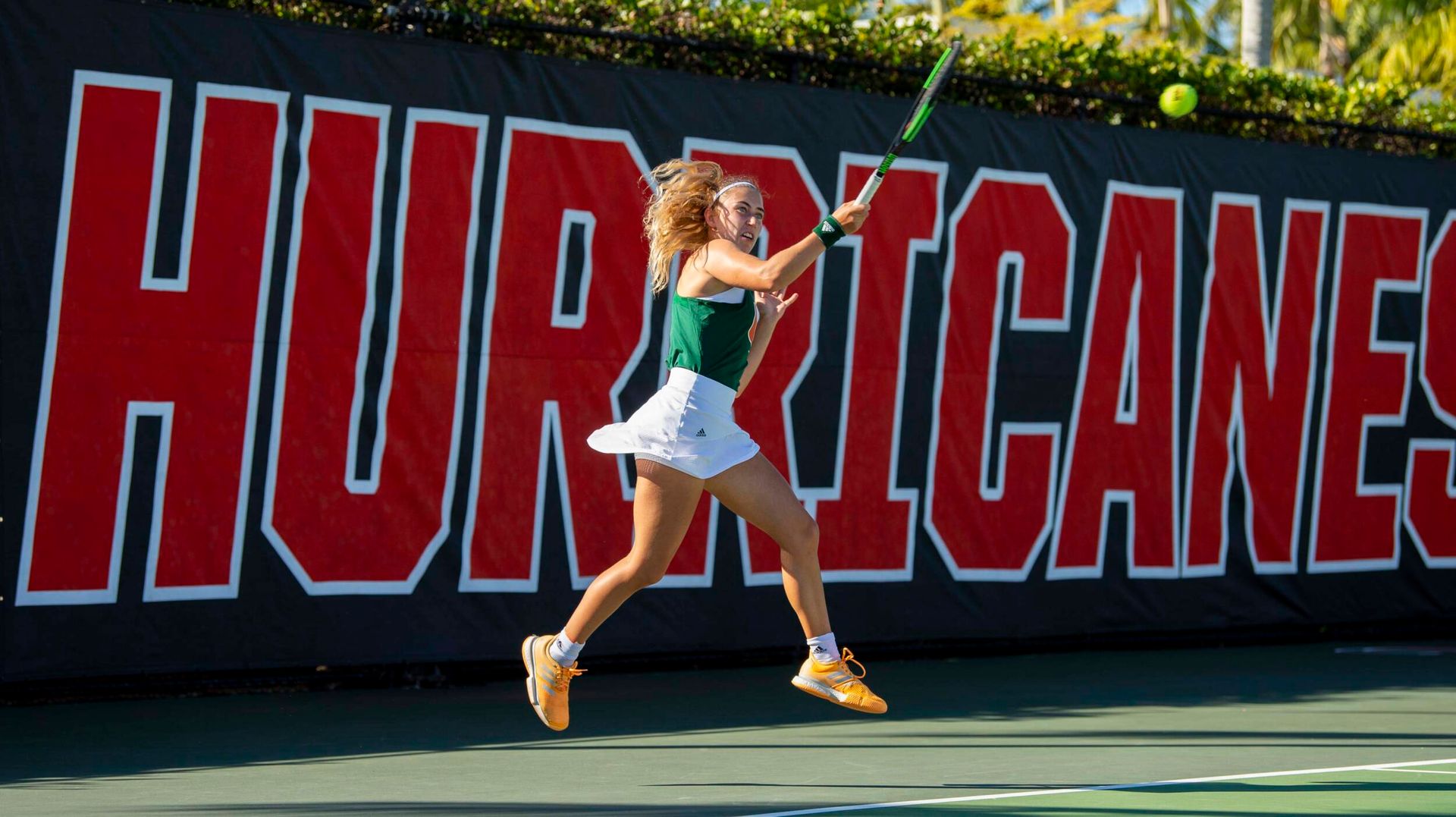 CORAL GABLES, Fla. – Isabella Pfennig of the University of Miami women’s tennis team is the ACC Co-Freshman of the Week, as announced Tuesday afternoon by the league office. Emma Navarro of Virginia also claimed the distinction.

Pfennig posted a perfect 4-0 mark across singles and doubles competition over the weekend in the Hurricanes’ road matches at No. 12 Georgia Tech and Clemson.

Saturday, in a 4-3 setback against the Yellow Jackets, Pfennig teamed with fifth-year senior Estela Perez-Somarriba for an unblemished 6-0 doubles triumph at the No. 2 spot against Gia Cohen and Sophia Sassoli. Then, in her debut at the No. 3 singles position, Pfennig logged her first ranked win, a 3-6, 6-4, 7-6 (7-5) victory over No. 123 Cohen.

In Miami’s 7-0 victory over Clemson the following day, Pfennig again paired with Perez-Somarriba for a dominant doubles decision at No. 2, as the duo topped Ali DeSpain and Mackenzy Middlebrooks, 6-1.

In singles play, Pfennig earned her first nod at the No. 2 spot and, just four matches after playing at No. 6, registered an impressive 6-3, 6-3 victory over Jenna Thompson to clinch the win for Miami.

Pfennig and the Hurricanes resume play Friday at noon when they host Wake Forest in their first match of the season at the Neil Schiff Tennis Center.