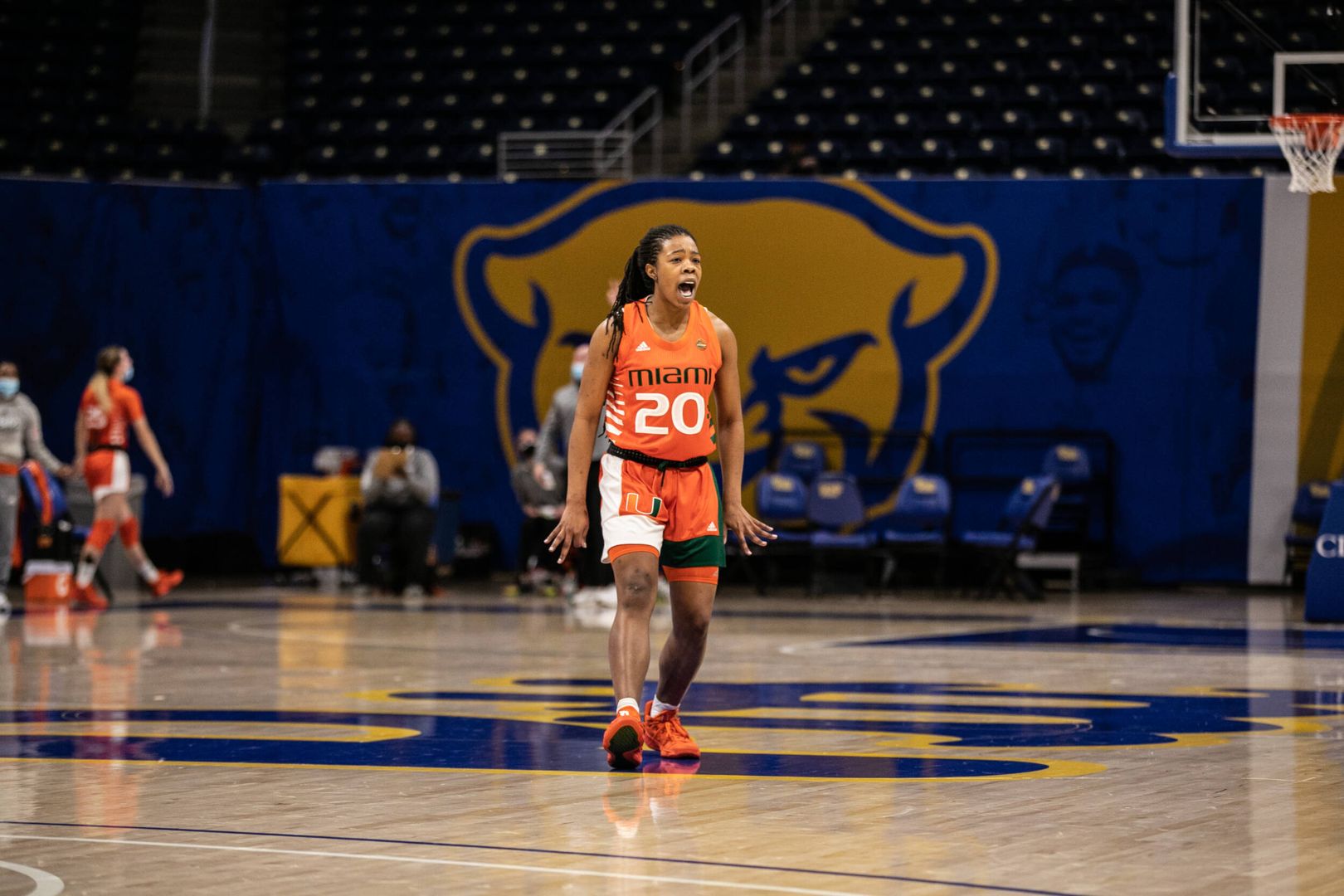 Miami Storms Back to Beat Pittsburgh on the Road

PITTSBURGH, Pa. – The Miami women’s basketball team (7-5, 4-5 ACC) stormed back from down 23 in the first quarter to take a 72-68 victory over the Pittsburgh Panthers (3-4, 1-3 ACC) Thursday night at the Petersen Events Center.

Senior Kelsey Marshall poured in five 3-pointers in the contest and recorded her third 20-point outing of the season with a team-best 21 points against the Panthers. Naomi Mbandu and Endia Banks joined Marshall in double-figures, totaling 15 and 13 points respectively.

Banks led the Canes on the boards, hauling in nine rebounds, one shy of a double-double. The senior also tallied six assists in the game, eclipsing the 300-assist mark in her career and becoming the 14th Cane to reach 300 career assists.

As a team, Miami totaled 15 assists in the game, marking the fifth time this season the Canes have posted 15-plus assists in a contest. The Canes are 5-0 when recording 15 or more assists. Miami knocked down 10 threes against the Panthers for its second game with 10-plus 3-pointers in the last three games.

Down 21 after the first quarter, Miami went to work at the beginning of the second, embarking on a 12-0 run to start the frame. The Canes shot 47 percent in the second quarter and outscored the Panthers, 26-6, to make it a 1-point game heading into halftime. 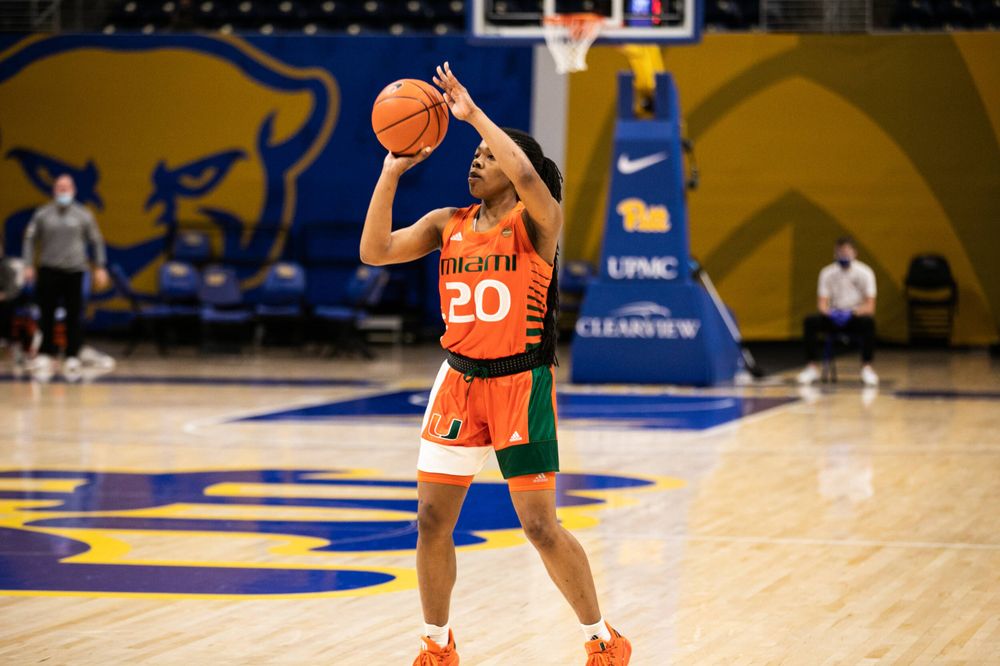 Marshall came out of the locker room on fire, posting five straight points in the first two minutes of the quarter to give the Canes a 41-37 lead. The teams traded baskets throughout the rest of the quarter, but Miami posted a 4-of-8 effort from 3-point range to extend its lead to five with 10 minutes to play.

It was an all-out battle in the fourth quarter as both teams hit the glass hard, tallying 12 rebounds apiece. While the Panthers edged the Canes, 13-12, in the frame, an outstanding fourth-quarter effort from Naomi Mbandu helped Miami to the 72-68 victory. Mbandu recorded seven points, including two critical free throws with four seconds remaining in the game, in the final quarter.