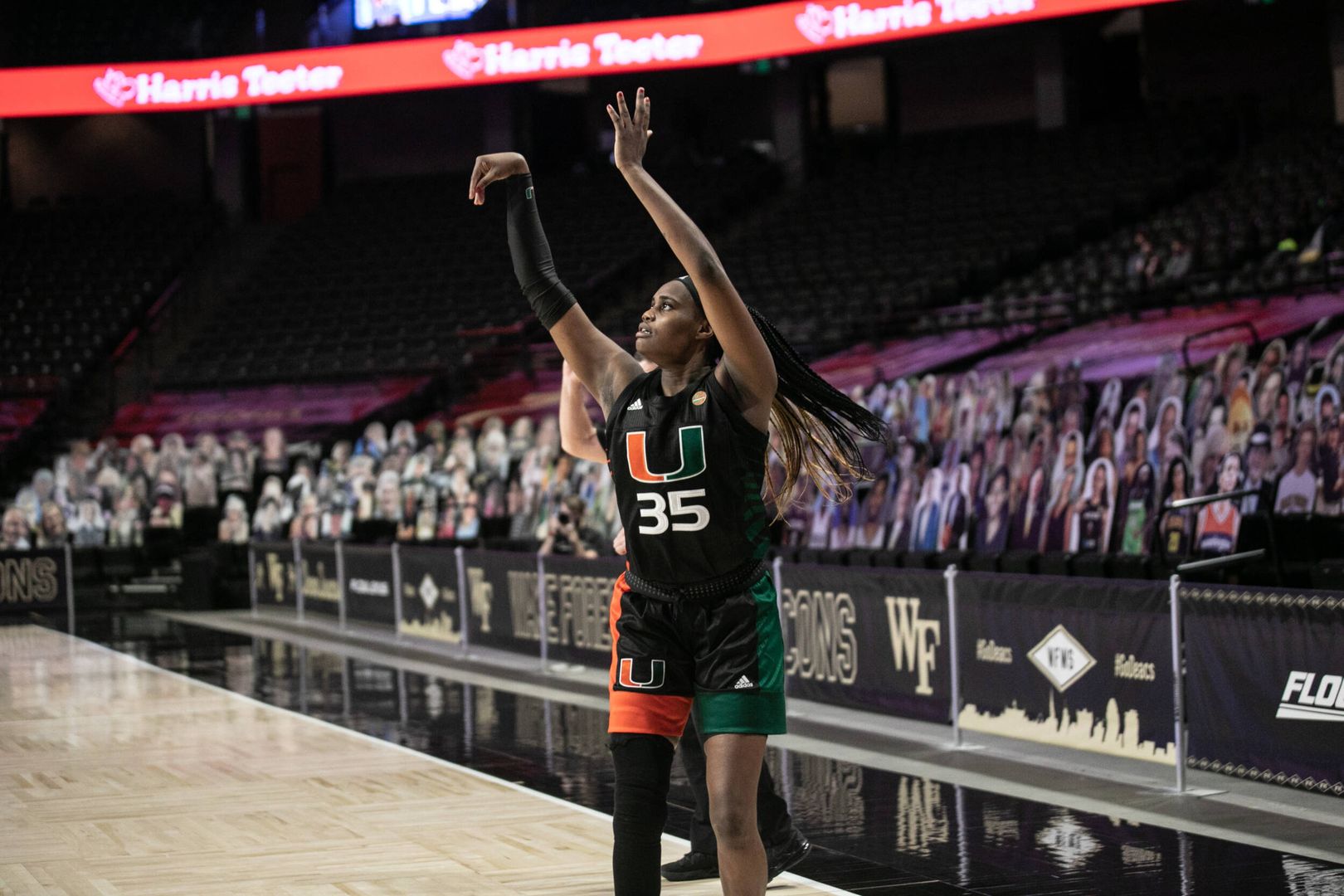 WINSTON-SALEM, N.C. – The Miami women’s basketball team (5-4, 2-4 ACC) could not complete the comeback on the road against the Wake Forest Demon Deacons (5-3, 2-2 ACC), falling short 63-60 Thursday night at LJVM Coliseum.

Senior Kelsey Marshall and junior Naomi Mbandu put up a pair of 16-point outings, which was a new career-high for Mbandu. Marshall has now scored in double-figures in seven of nine games this season.

For the fourth straight game, senior guard Taylor Mason paced the Canes on the boards, hauling in seven rebounds in the contest. Fellow senior Endia Banks also crashed the glass hard totaling six rebounds, four of which came on the offensive glass.

The Canes and the Demon Deacons battled it out in the opening 10 minutes of the contest, trading the lead four times. An explosive performance by Moulayna Johnson Sidi Baba helped the Canes to an early 16-11 lead over Wake Forest as the forward tallied seven of her eight points in the first quarter.

Miami used a 7-2 run in the second frame to stretch its lead to 11, but the Demon Deacons responded with 10 unanswered points to cut the deficit to one heading into halftime. The Miami defense remained strong in the first half, forcing eight Wake Forest turnovers. The Canes capitalized on the Demon Deacon errors, posting 14 points off turnovers.

The back-and-forth affair continued in the third quarter until Wake Forest put up back-to-back 3-pointers to take its then-largest lead of the game, 48-42, with 1:24 remaining in the frame. A couple of free throws at the end of the quarter gave the Demon Deacons a 50-42 advantage heading into the final 10 minutes.

The Canes fought their way back into the game outscoring Wake Forest 18-13 in the fourth, but could not complete the comeback.