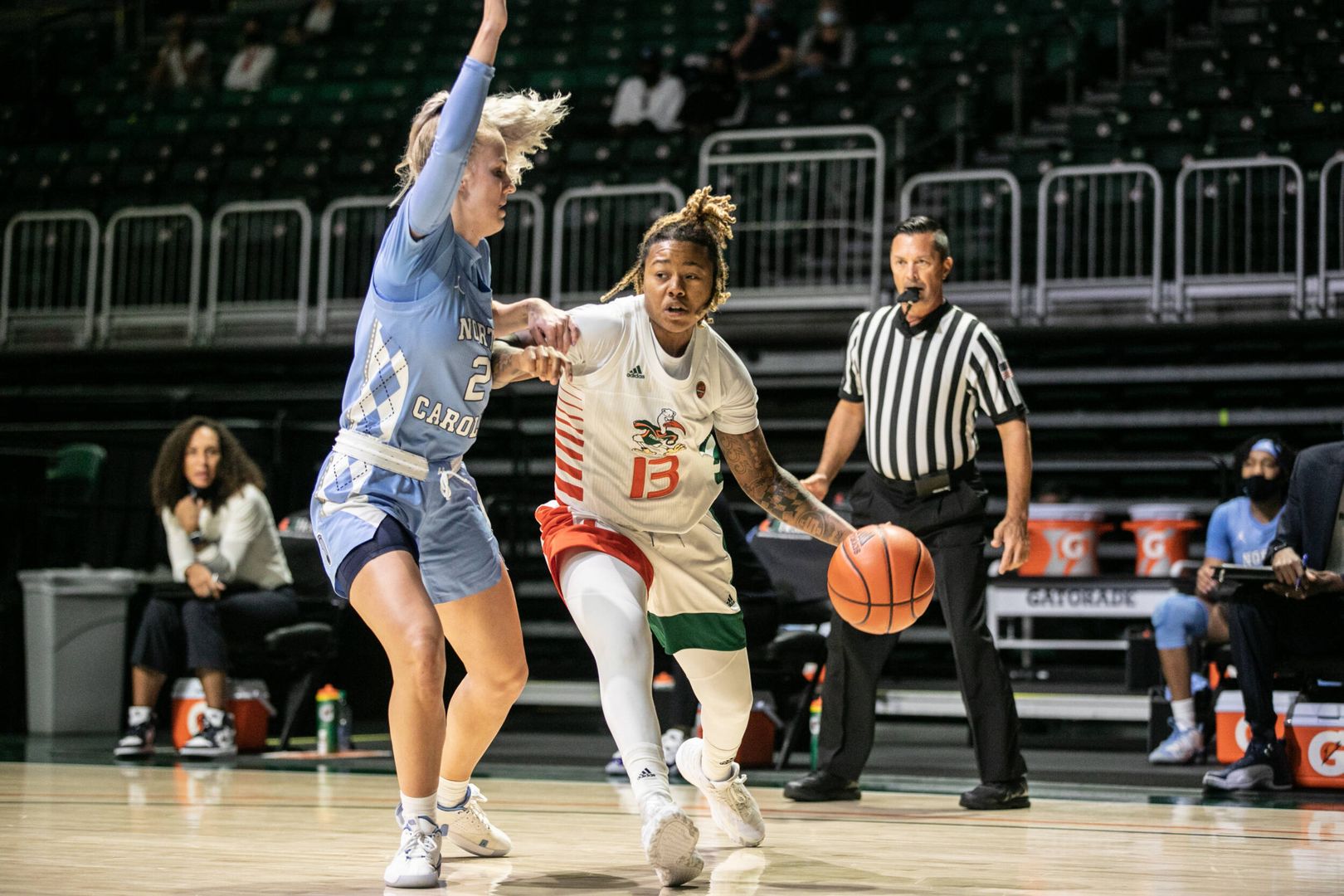 Redshirt junior Destiny Harden paced Miami in points and rebounds, tallying 20 and 12, respectively, for her second double-double of the season. Harden’s 20 points also marked a new career-high for the forward. Senior Endia Banks was tough on the boards, hauling in a season-high eight rebounds.

North Carolina jumped out to an early 6-2 lead in the first but the senior class turned it on and, thanks to five straight stops on defense, Miami took a 7-6 lead at the 4:02 mark on a Kelsey Marshall 3-pointer. Two more threes by Nyayongah Gony and Naomi Mbandu kept the Canes in front, 13-11, after 10 minutes of action.

It was all about the defense in the second quarter as Miami crashed the glass hard, outrebounding the Tar Heels 15-7. The Canes tallied seven offensive rebounds in the quarter and six second-chance points to take a 10-point lead into halftime.

The Canes shot 42 percent from 3-point range in the third quarter, paced by Harden who went 2-of-3 from beyond the arc in the frame. While the Tar Heels posted a .500 clip from the field in the quarter, Miami entered the fourth up by six.

North Carolina inched its way back into the contest throughout the fourth quarter making it a one-possession game on an and-one play with 25.6 seconds left in the contest. However, the Miami defense locked down in the final seconds with three straight defensive stops to close out the game.