For Santos, who will serve as associate head coach, this will be his second stint at Miami; he previously worked for Yaroshuk-Tews from 2009-13. Santos earned ITA National Assistant Coach of the Year recognition in his final season, before departing to become the head coach at Pittsburgh.

“I couldn’t be happier to welcome Alex Santos back to the University of Miami women’s tennis program,” Yaroshuk-Tews said. “His attention to detail and work ethic are undoubtedly among the best in the country. He is a proven recruiter and our collective goals are to get this program back to national championship contention. Alex will be committed to this program and its success from day one and won’t stop until our job is complete.”

Santos served as Miami’s volunteer assistant in 2009-10 and as a graduate manager in the fall of 2010 before being elevated to a full-time assistant coaching position in the spring of 2011. 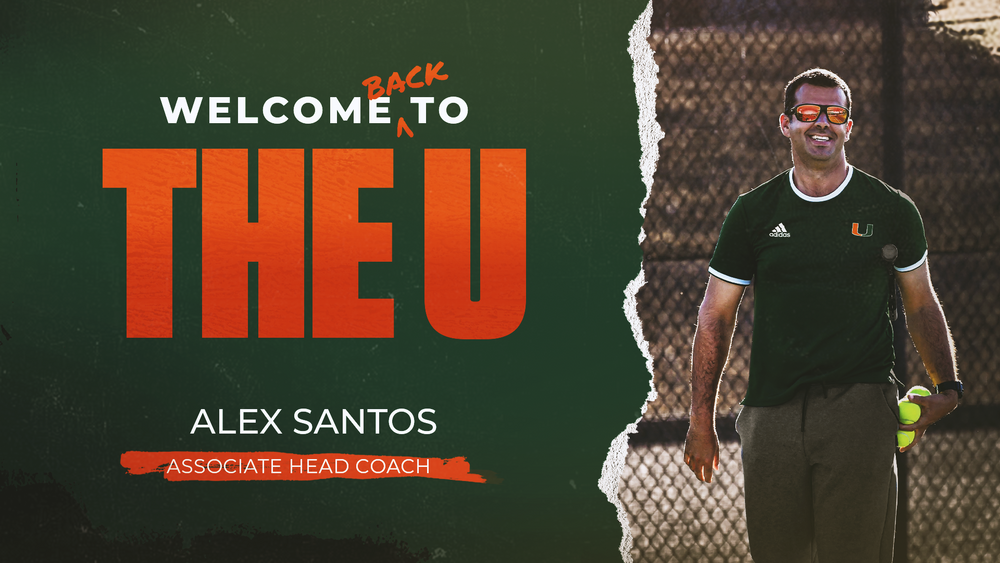 “It is with great enthusiasm that I join coach Yaroshuk-Tews and Hurricane nation,” Santos said. “I look forward to helping advance the Miami women’s tennis program and making a positive impact in the development of our student-athletes. I would like to thank Blake James, Carter Toole and Paige Yaroshuk-Tews for the opportunity.”