Paired with the previously announced information for games during the 2020 calendar year, Miami now has finalized game times for 23 of its 25 scheduled contests.

From a television standpoint, the Hurricanes have 11 games on ACC Network, seven on RSN, three on ESPN, two on ESPN2, one ESPN/ESPN2/ESPNU and one on ACC Network Extra. 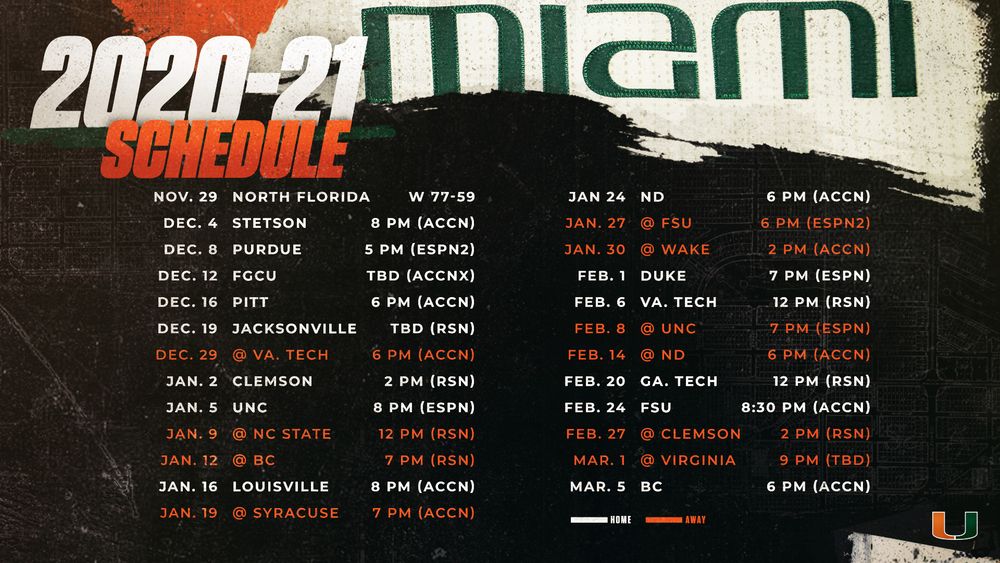