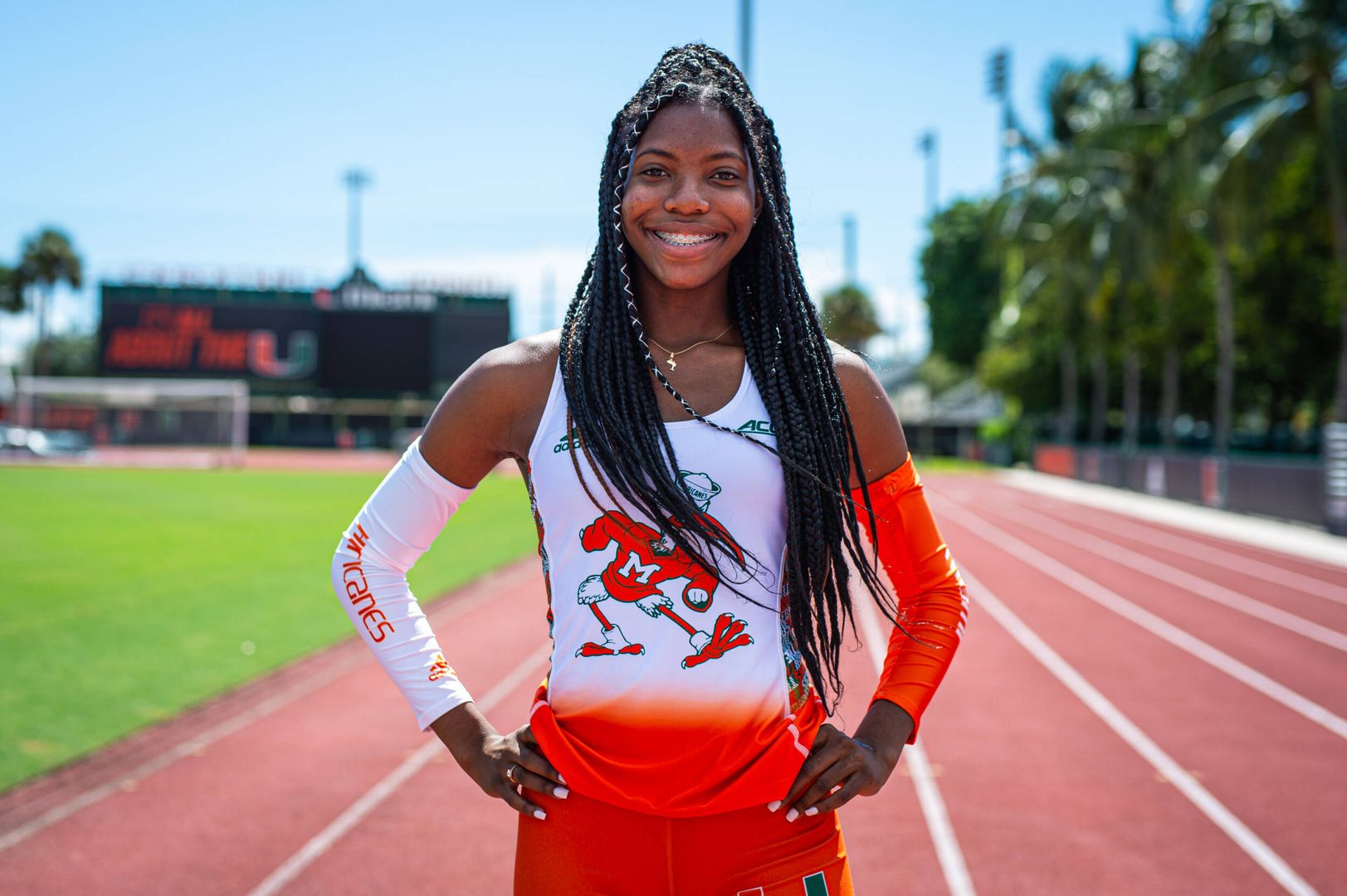 Moore Power For the Canes

CORAL GABLES, Fla. – Ashley Moore brings no shortage of success to the University of Miami women’s track and field team.

The Las Vegas native was recently named Nevada’s Gatorade girls track and field athlete of the year for the second season in a row. The long jump and triple jumper dominated her last two years in high school and was honored to be recognized among the best.

Winning the award after her junior season was a huge surprise. Moore knew one other girl who was nominated for the award, but knew the pool of athletes was high and full of talent.

The news came in and Moore was shocked, but was beyond happy for earning such a prestigious title. Her dedication and work ethic during her high school years were not only recognized in Nevada, but also Florida.

“It was really amazing to me because I’ve been working hard for so long,” Moore said. “Even after our seasons had been canceled and schools were shutting down, for it all to come down to one track meet and to win again just felt amazing. It was the perfect ending to my high school career.”

Back-to-back Gatorade recognitions were one thing, but earning a scholarship to the University of Miami is her biggest accomplishment to date.

“Earning a scholarship for the sport that I love is something I always wanted to make happen,” Moore said.

Running track at the age of nine wasn’t always an idea of a good time for Moore. Her love for volleyball and soccer took precedent at the time. The tough love from family members who encouraged her to keep going to track practice finally won her over. Moore started making friends and her real love for track and field began.

Soon after, Moore started to long jump and it wasn’t a smooth transition.

“I wasn’t good at it and it probably took me three years until I started to be good,” Moore said. “I didn’t start triple jumping until I was in high school either. I started near the end of my freshman year, after my high school coach told me I should try it.”

After a few months of training and trusting her body, Moore started to see real improvement.

It’s safe to say her improvements were well recognized. Moore’s triple jump mark at 41 feet and nine inches ranked as the nation’s leading mark among prep competitors, just shy of her state-record jump of 41-11.5. The latter ranked in the top five in high school in 2019.

Moore left Centennial High School as a five-time USA Track and Field All-American and was the lone girl out of the state of Nevada to compete at the USATF U20 National Championships where she finished 12th.

Now that high school is over, Moore doesn’t want to slow down in college. She still has a lot she wants to prove and is already seeing improvements under Assistant Coach Robert Jarvis.

“He’s teaching me the right technique and explaining to me things I didn’t look at before,” Moore said. “I’ve already improved a lot and you can tell he knows what he’s doing.”

Success is in her future, but the support of her mom and brother are always there when she needs it. It also helps fellow freshman Kennedy Brace and Moore were high school teammates and a little bit of home is now a neighbor at the dorms.

“Having Kennedy has made it a lot easier to be here and make friends and meet more people,” Moore said. “Having someone who’s also moved across the country and is going through the same experience has made it so much better.”

The women of the Miami track and field team has had its fair share of success in recent years. With Moore and the freshman class it’s not likely to change in the future.