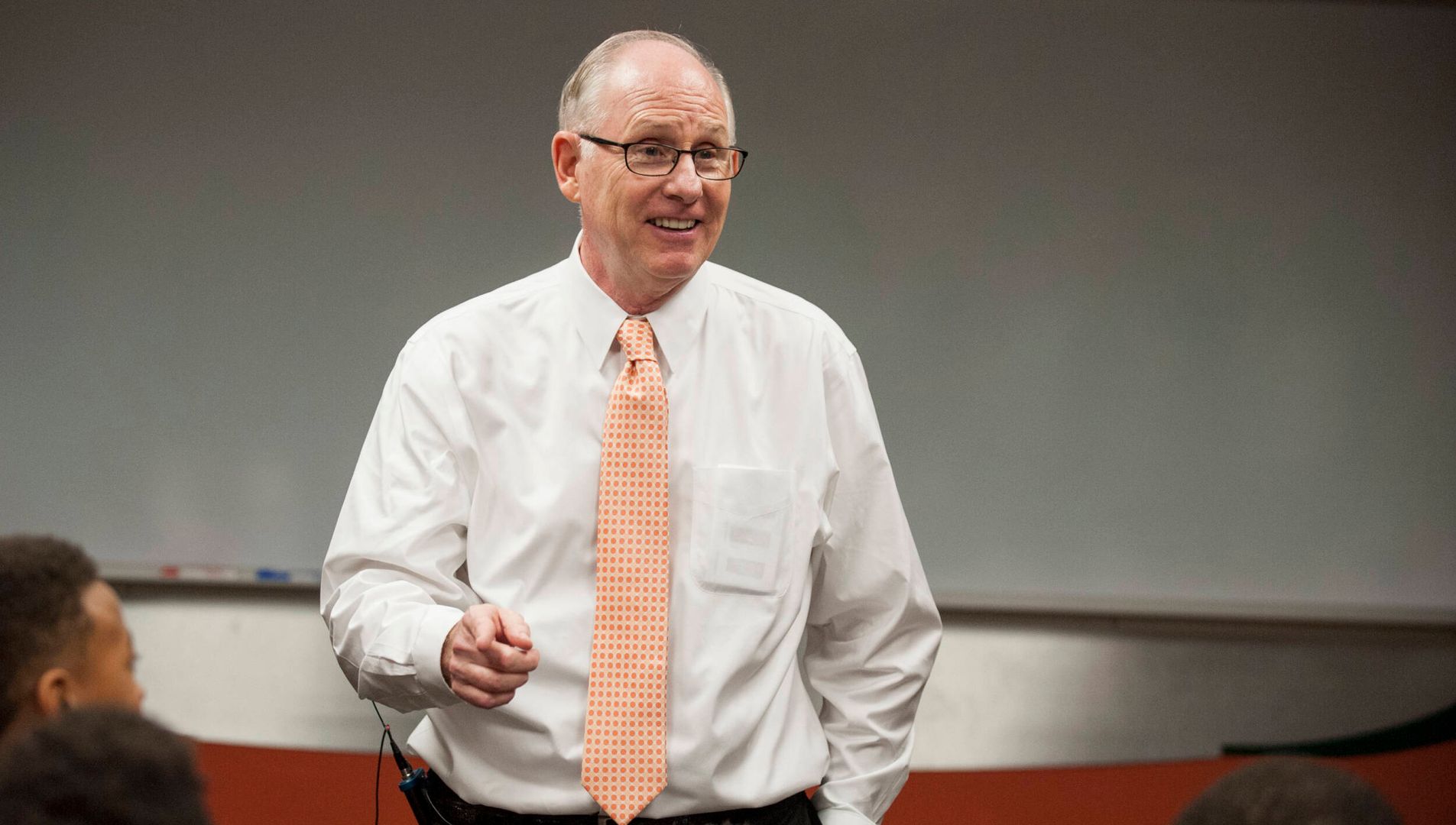 Miami will play five non-conference games, all at home, beginning Nov. 25 at the Watsco Center. The Hurricanes, as previously scheduled, will play 20 league contests, 10 at home and 10 on the road.

Included in Miami’s slate are six games against teams ranked in the preseason Associated Press top-25 poll, half on the road and half at home. The Hurricanes also host a team in the AP’s receiving votes section.

“The talent in the ACC is, once again, unmatched by any other league in the country,” Larrañaga said. “When healthy and at full strength, we feel we have a well-balanced roster that can compete with all the teams in our league. We look forward to being tested on a nightly basis. Our early non-conference schedule will also help us prepare for the rigors of ACC play.”

The Hurricanes will open the season Nov. 25 against Stetson and then host North Florida four days later, Nov. 29.

After eight days without a game, Miami meets Purdue Dec. 8 at the Watsco Center in the ACC/Big Ten Challenge. The Hurricanes then square off with FGCU Dec. 12 in their final game before league play begins.

Miami starts ACC competition Dec. 16 with a home matchup against Pittsburgh and then wraps up non-conference play Dec. 19 versus Jacksonville. The Hurricanes’ first road tilt of the season and final outing of the calendar year comes either Dec. 29 or Dec. 30 against Virginia Tech in Blacksburg, Va.

To begin 2021, Miami plays Clemson and North Carolina back-to-back at the Watsco Center. The meeting with the Tigers is Jan. 2, while the latter affair is either Jan. 5 or Jan. 6.

The Hurricanes then travel to Raleigh, N.C., for a Jan. 9 game against NC State before heading to Chestnut Hill, Mass., to play Boston College either Jan. 12 or Jan. 13.

Miami returns home to host Louisville Jan. 16 and then visits Syracuse, N.Y., to play the Orange either Jan. 19 or Jan. 20.

After hosting Notre Dame Jan. 24, the Hurricanes play a pair of road games. First is a short trek to Tallahassee, Fla., to meet Florida State either Jan. 26 or Jan. 27 and then a trip to Winston-Salem, N.C., for a Jan. 30 matchup against Wake Forest to cap the month.

The second straight “Big Monday” contest is Feb. 8 at North Carolina in Chapel Hill, N.C., and that is followed by a Feb. 14 affair in Notre Dame, Ind., against the Fighting Irish.

Miami follows that with two home games, the first Feb. 20 versus Georgia Tech and the second either Feb. 23 or Feb. 24 against Florida State.

The Hurricanes conclude their road slate with a Feb. 27 game in Clemson, S.C., against the Tigers and a March 2 or March 3 showdown with Virginia in Charlottesville, Va.

To finish the 2020-21 season, Miami is set to host Boston College either March 5 or March 6 at the Watsco Center.

Game times and television designations for Miami’s 2020-21 schedule will be announced at a later date. 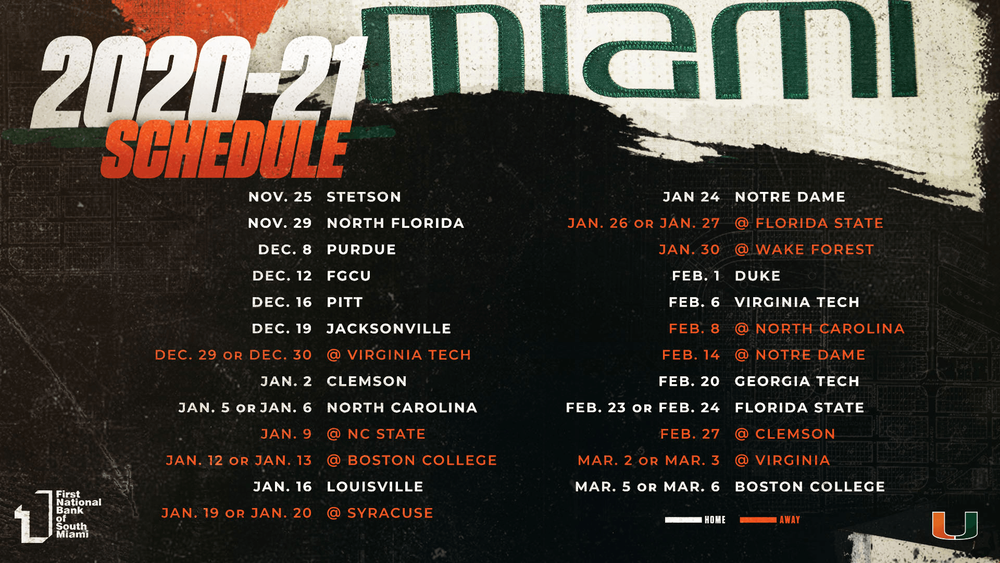 In the event fans are permitted to attend games after the first two months, season ticket holders will be given priority access to purchase tickets.

Season ticket holders’ seat locations and parking passes will be reserved on each account for the 2021-22 season and no action is needed at this time.