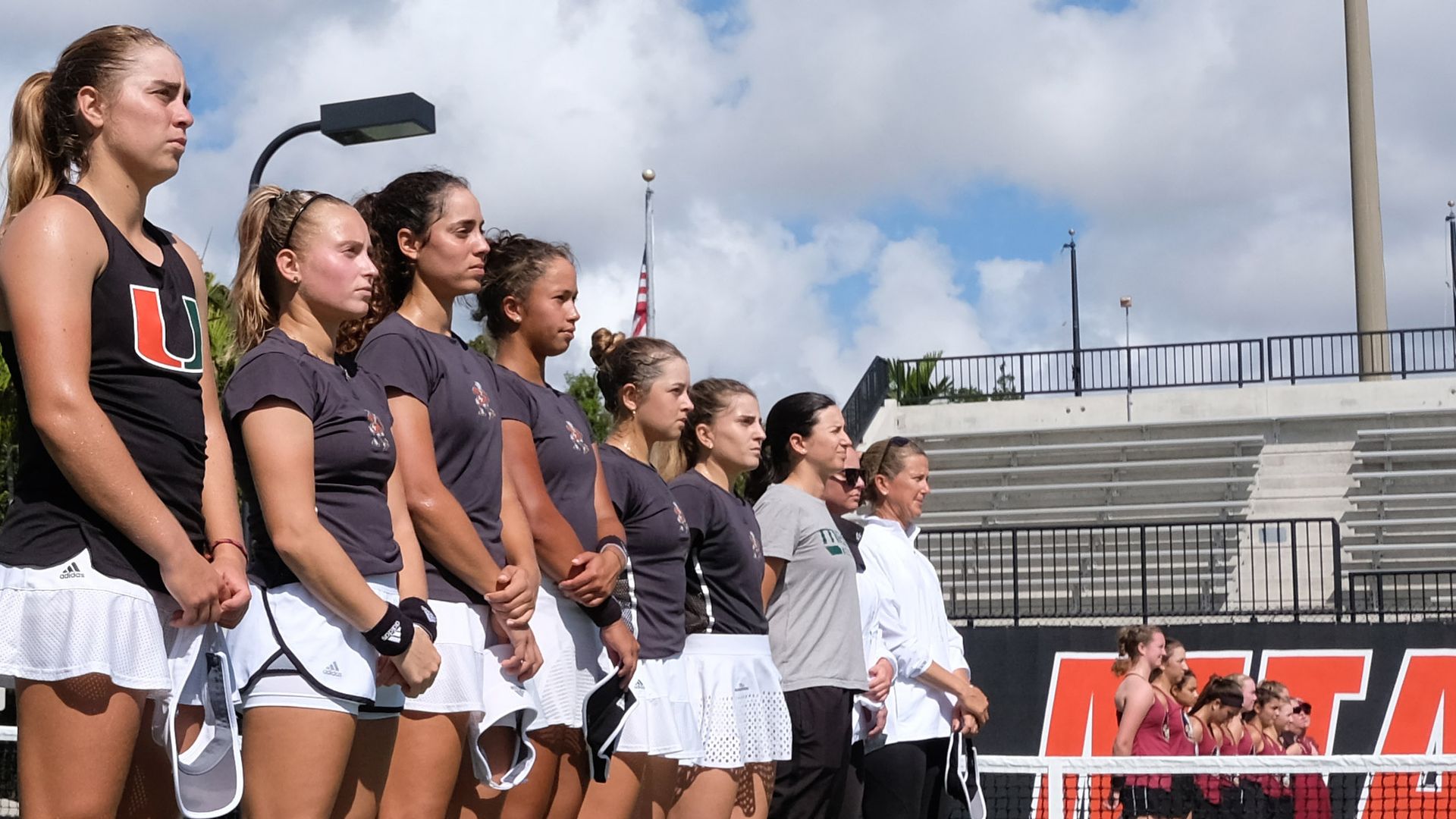 As a group, the Hurricanes garnered ITA All-Academic Team distinction, an award given to programs with a cumulative GPA of at least 3.2 for the academic year. This is the seventh time in eight years, including the sixth in a row, Miami made the cut.

Miami’s eight student-athletes combined to register an impressive 3.49 GPA during the 2019-20 academic year.

On an individual basis, five Hurricanes received ITA Scholar-Athlete status. In order to qualify, a student-athlete must maintain a lofty 3.5 GPA for the year.

Freshman Maya Tahan, whose major is undeclared, paced the Miami roster with a perfect 4.0 mark. Senior Estela Perez-Somarriba, who graduated in May with a degree in economics, followed just behind with a 3.97 mark.

This is the fourth straight year Perez-Somarriba has attained ITA plaudits and the second year in a row Achong has done so. The complete list of 2019-20 team and individual honorees can be found HERE.