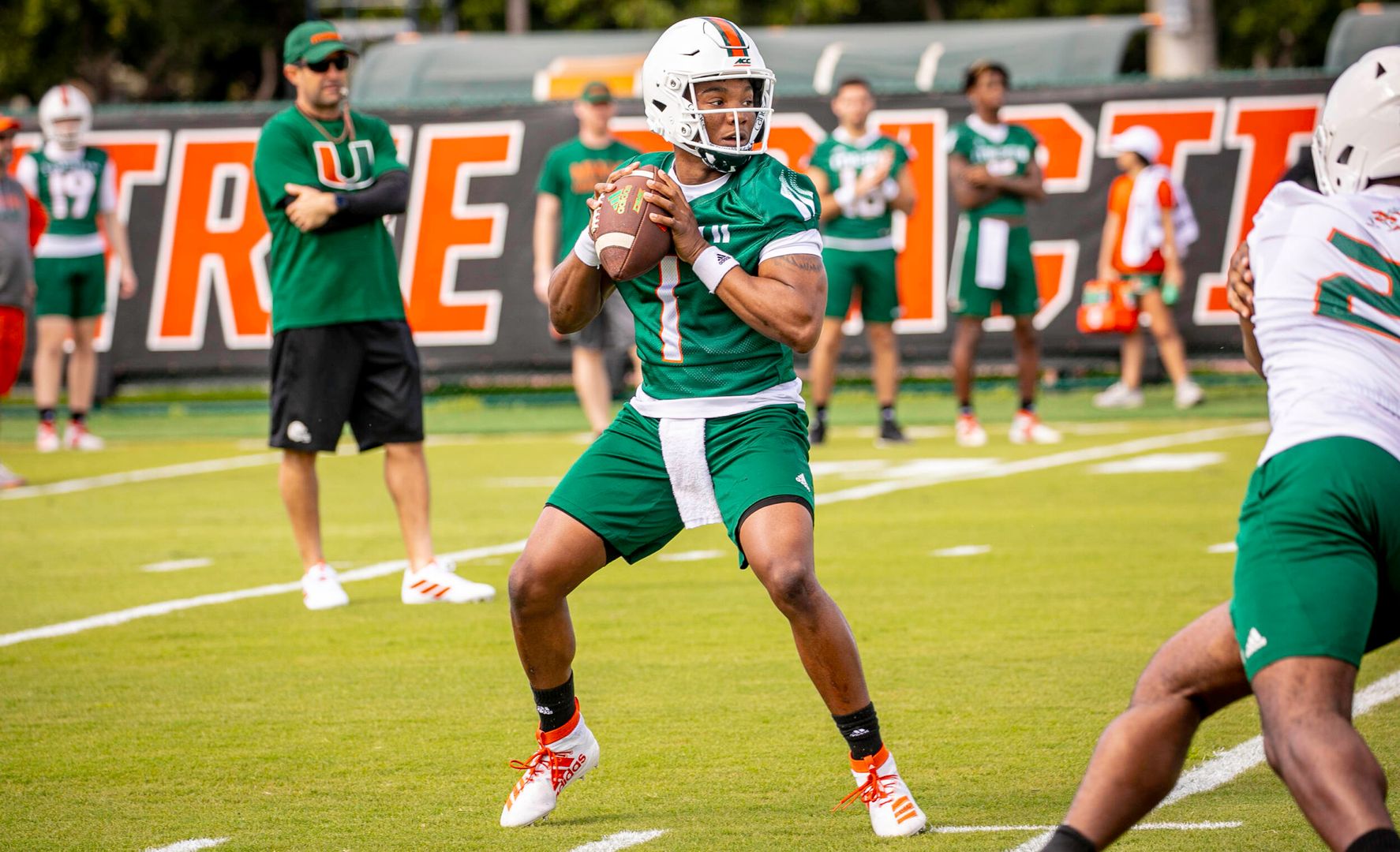 King delivered a dominant career at the University of Houston, where he finished with 78 total touchdowns, 4,295 passing yards and 1,421 rushing yards despite starting just 22 games. King totaled 50 passing scores and 28 rushing TDs and finished with 6,346 yards of offense during a prolific four-year stretch with the Cougars.

King is looking to become the third quarterback in Miami history to win the award, joining Vinny Testaverde (1986) and Gino Torretta (1992).

In 2018, King set the American Athletic Conference (AAC) “touchdowns responsible for” season record with 50, despite missing the last two-plus games due to an injury. King led the nation in points responsible for per game that year (27.5). He is one of only three quarterbacks in FBS history with at least 35 passing touchdowns and 13 rushing touchdowns, and was a Maxwell Award semifinalist and an Earl Campbell Award semifinalist in 2018.

The Davey O’Brien National Quarterback Award is presented annually to the nation’s best college quarterback and is the oldest and most prestigious national quarterback award. Appearing on the preseason watch list is not a requirement for a player to win the award. This year, players who have been honored as weekly Davey O’Brien Great 8 recipients, as well as any additional quarterbacks approved by the selection subcommittee, will be added to form the final midseason watch list on Tuesday, Oct. 20.

Sixteen semifinalists selected from the final watch list will be named on Tuesday, Nov. 10. The Foundation will announce the three finalists two weeks later (Tuesday, Nov. 24). The 2020 Davey O’Brien Award winner will be unveiled live on ESPN Thursday, Dec. 10, during The Home Depot College Football Awards.