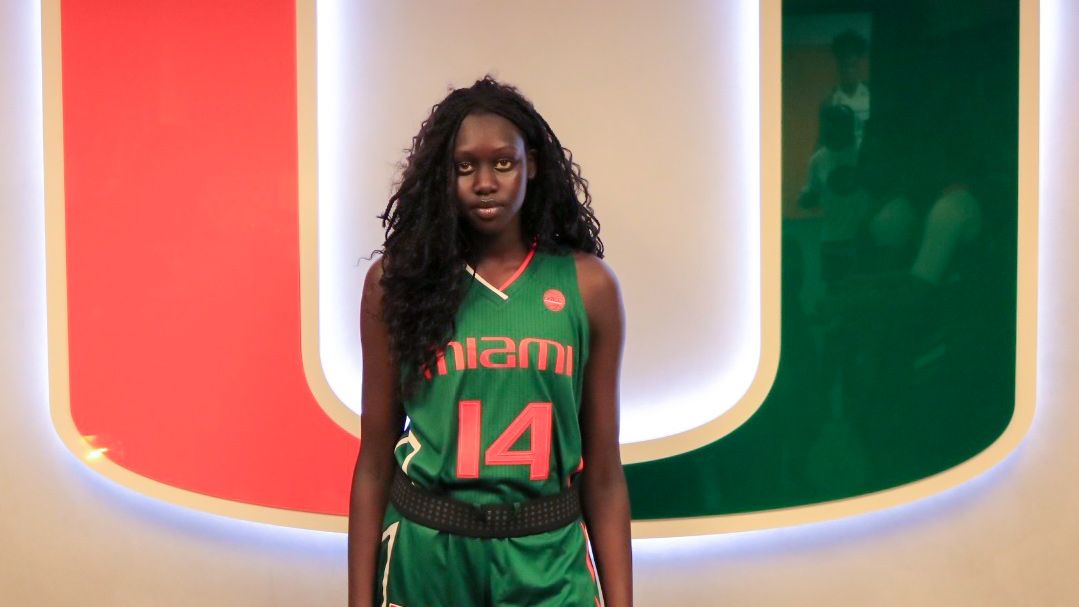 When Nyayongah Gony was little, basketball was something that she did for fun because she loved it. It wasn’t until she got to high school that she realized that playing collegiate basketball was a real possibility.

The forward from Lincoln, Nebraska, began to draw attention from numerous college staffs, including Louisville and Washington, but the family atmosphere at the University of Miami pulled her in.

“Miami checked all of my boxes,” Gony said. “I love the team, the school and the coaches. I think I will have an experience that I couldn’t have anywhere else [at Miami].

Checking in at six-foot-two, Gony brings not only added length to the Miami roster, but also the ability to play anywhere on the basketball court. Both Gony and Miami head coach Katie Meier see her versatility as one of the most impressive factors of her game.

“The strongest part of my game is that I can play any position,” Gony said. “I like shooting, I like driving and I just like playing fast.”

Gony’s versatility makes her one of the top recruits in the 2020 class, ranking 13th among all forwards (54th overall) according to espnW HoopGurlz. She is also considered the top recruit in the state of Nebraska.

As a senior, Gony helped her team to a 17-7 overall record and earned a Nebraska Class A All-State Honorable Mention nod. She will be the first player from the state Nebraska to play for head coach Katie Meier.

“I am most looking forward to most meeting my team, playing under coach [Katie Meier] and definitely experiencing college for the first time.”