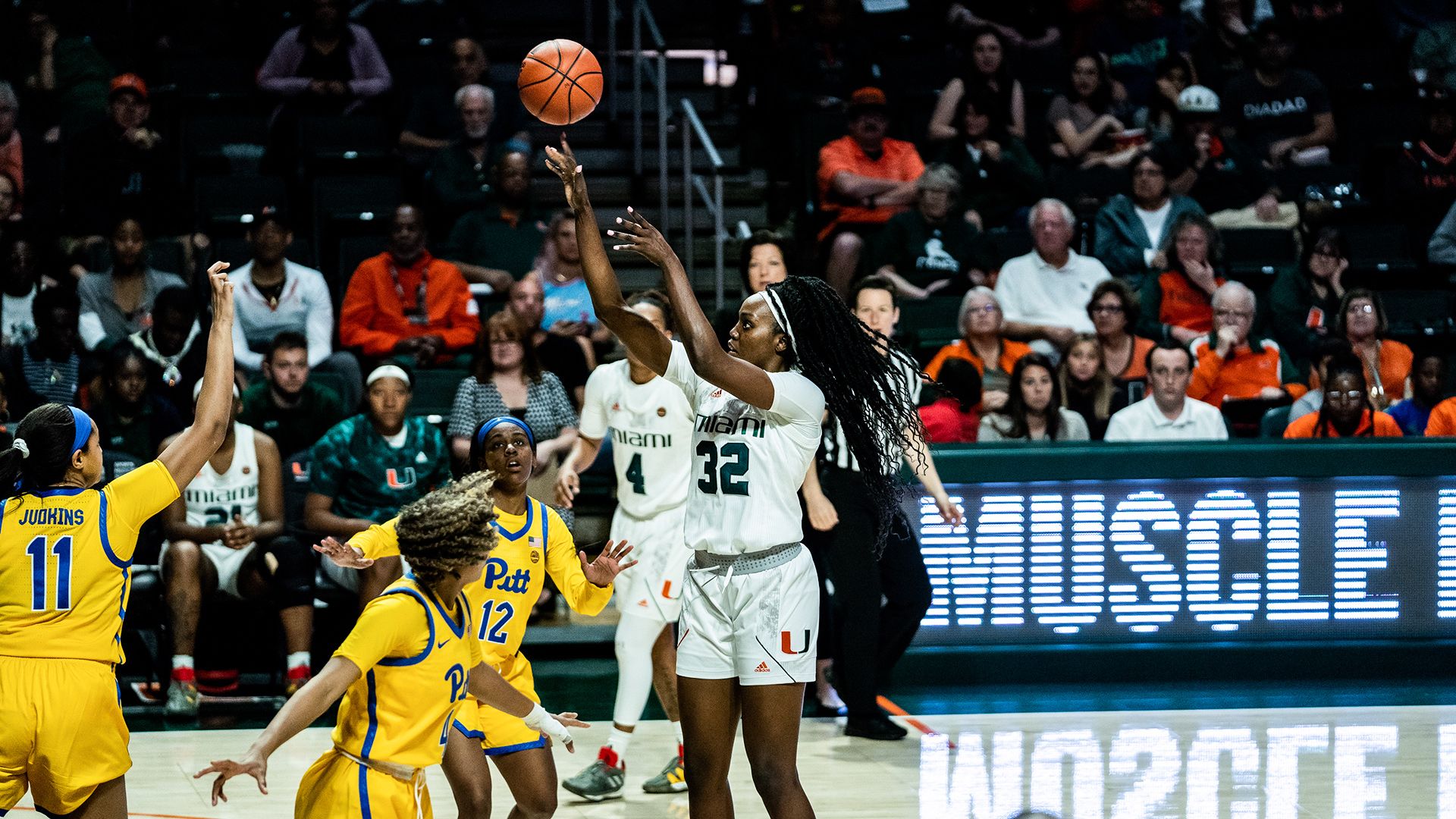 Mompremier finished the night with 13 points and 10 rebounds, while Kelsey Marshall paced the Canes in scoring with 21 points on 8-of-12 shooting. Mykea Gray and Brianna Jackson joined their teammates in double-figures, tallying 19 and 11 points, respectively.

As a team, the Canes knocked down 10 threes in the contest, their fourth game with 10-plus threes this season. Miami finished the afternoon with 49 rebounds, its most rebounds since posting 58 against Binghamton on Dec. 17.

The Canes and the Panthers traded baskets early in the first until a 10-2 run by Miami gave the Canes a double-digit, 18-8 lead after 10 minutes of action. The Panthers closed the gap at the start of the second quarter, scoring six straight points to cut the lead to three with 5:07 left in the frame.

Following the timeout, Miami locked down on defense, making five straight defense stops to go on an 11-0 run, stretching its lead back out to double-figures. Junior Kelsey Marshall sealed the first half for the Canes with a 3-pointer as time expired.

Miami continued to roll in the second half, outscoring Pittsburgh 25-15 in the third quarter thanks to a .571 shooting percentage from 3-point range. Marshall poured in eight points in the frame to help the Canes to a 62-36 lead heading into the final 10 minutes.

However, the highlight of the quarter was when Mompremier as she recorded her 1000th career rebound, becoming the 13th active NCAA Division I women’s basketball player to reach 1000 points and 1000 rebounds in her career.

The Panthers tallied 18 points in the fourth quarter, but the damage was done and Miami came away with the 19-point victory.

Miami will head up to Greensboro, N.C., to participate in the ACC Tournament, which begins on Wednesday, March 4. The seeding for the tournament will be announced on Sunday evening.

Single-game tickets for the final home game of the regular season start at $5 and can be purchased online HERE or by calling the ticket office at 1-800-GO-CANES.