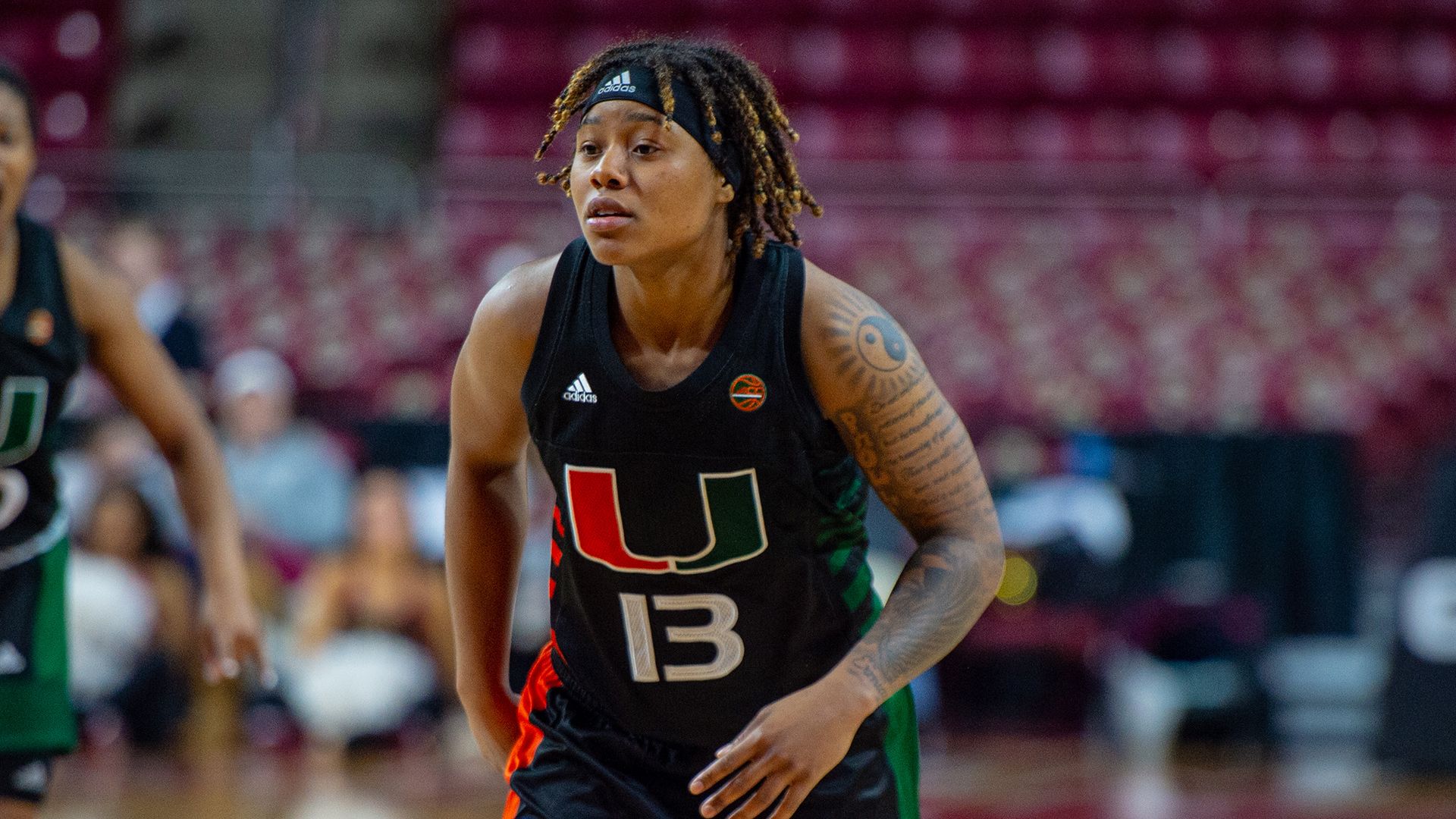 “Boston College was very physical today and we weren’t able to stand our ground when we needed to,” head coach Katie Meier said. “Taylor Mason did play tough for us today and Beatrice Mompremier was a warrior in her first game back.”

Three Canes recorded double-figure outings on the afternoon, paced by junior Taylor Mason and redshirt senior Beatrice Mompremier who each finished the game with 15 points. Junior Kelsey Marshall tallied 13 points of her own to go along with two rebounds and two assists.

In her first game back from injury, Mompremier added six rebounds to her 15 points in 17 minutes of action.

Miami opened the game on an 8-2 run thanks to back-to-back 3-pointers by Marshall. However, the Eagles snuck back into the game to tie it at 11 after 10 minutes of play.

The Eagles took their first lead of the game in the second quarter, scoring seven straight points in the first two minutes of the frame. Miami and Boston College traded baskets through the rest of the quarter as the Canes began to cut into the Eagles’ lead. With 18 seconds to go in the first half, Endia Banks knocked down a 3-pointer to tie the game at 27 heading into the locker room.

The Eagles retook the lead to start the third quarter, going up by as much as eight in the frame, but Miami went on a 6-1 run to close the period and make it a two-point game with 10 minutes to play. Boston College extended its lead to nine in the fourth quarter, which it held onto for the remainder of the game.

The Canes remain on the road on Thursday, taking on the Wake Forest Demon Deacons at 7 p.m. in Winston-Salem, N.C. Tipoff is set for 7 p.m. and the game will air on ACC Network Extra.