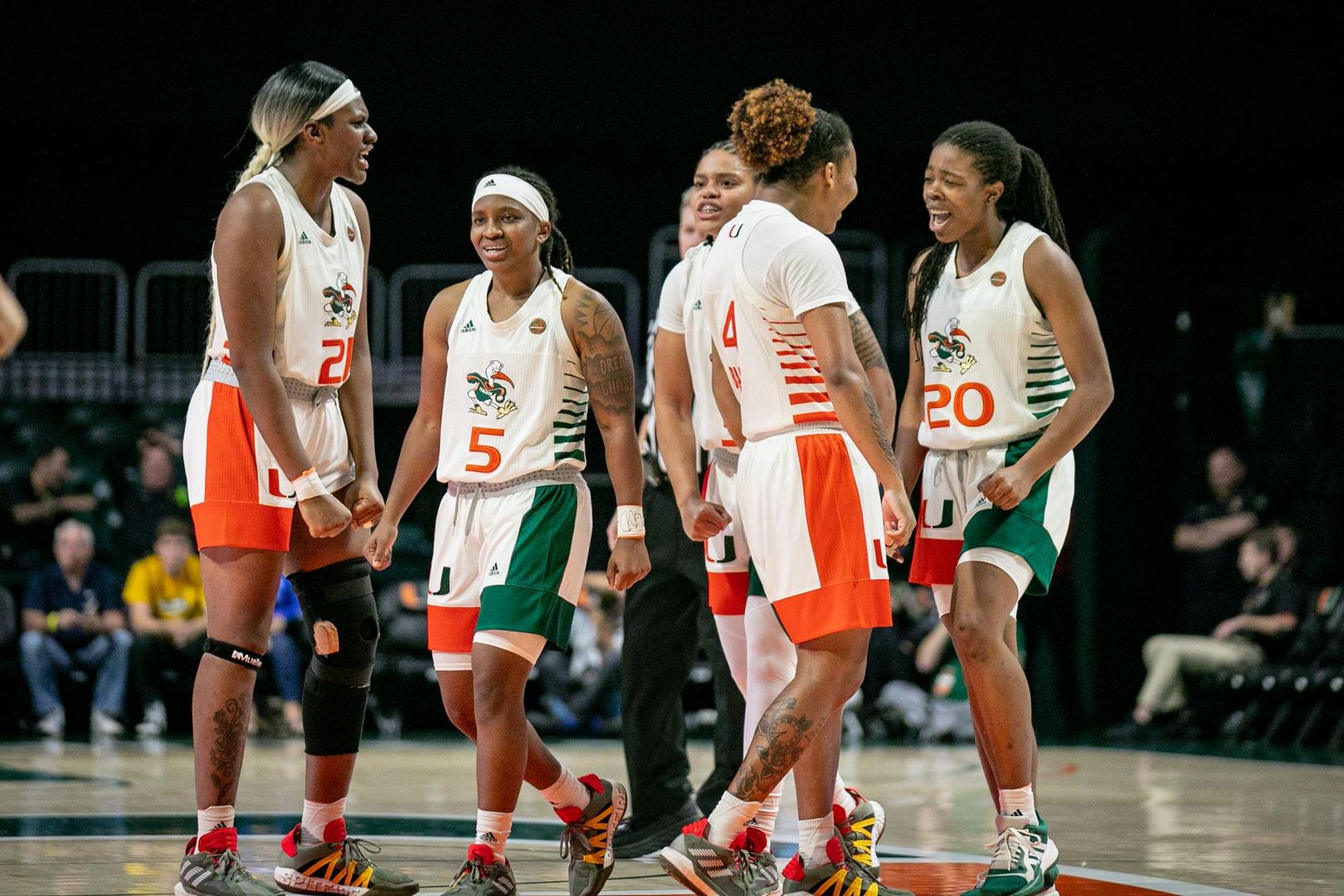 CORAL GABLES, Fla. – The Canes are back on the road on Thursday when they travel to Chestnut Hill, Mass., to take on the Boston College Eagles. The game is set to tipoff at 4 p.m. and will air on Regional Sports Networks with Tom Werme and Amy Audibert on the call. Fans can also listen to the game on WVUM 90.5.

Miami holds the advantage in the series history with Boston College, emerging victorious is 28 of 45 contests. The Canes have edged the Eagles, 11-9, when playing at Conte Forum. A season ago, the Canes held on to secure a 76-73 victory over the Eagles in Coral Gables, Fla.

The Canes played some of their best defensive basketball of the season on Thursday, falling just short of the No. 10 NC State Wolfpack, 50-48. NC State’s 50 points were the lowest by the Wolfpack this season. Destiny Harden paced the Canes in scoring, pouring in a career-high 15 points against NC State.

The Eagles enter Sunday’s contest on a four-game win streak, but two of the four games have been one-possession victories. Boston College is 9-4 at home this season with all four losses coming in conference play.

The Canes came up just short against NC State on Thursday, falling to the Wolfpack, 50-48. Miami is 4-3 when the scoring margin is five points or less. Three of the Canes’ four wins have come in ACC play (Wake Forest – 3, Clemson – 4, Georgia Tech – 5). In games decided by single-digits, the Canes are 5-4 this season.