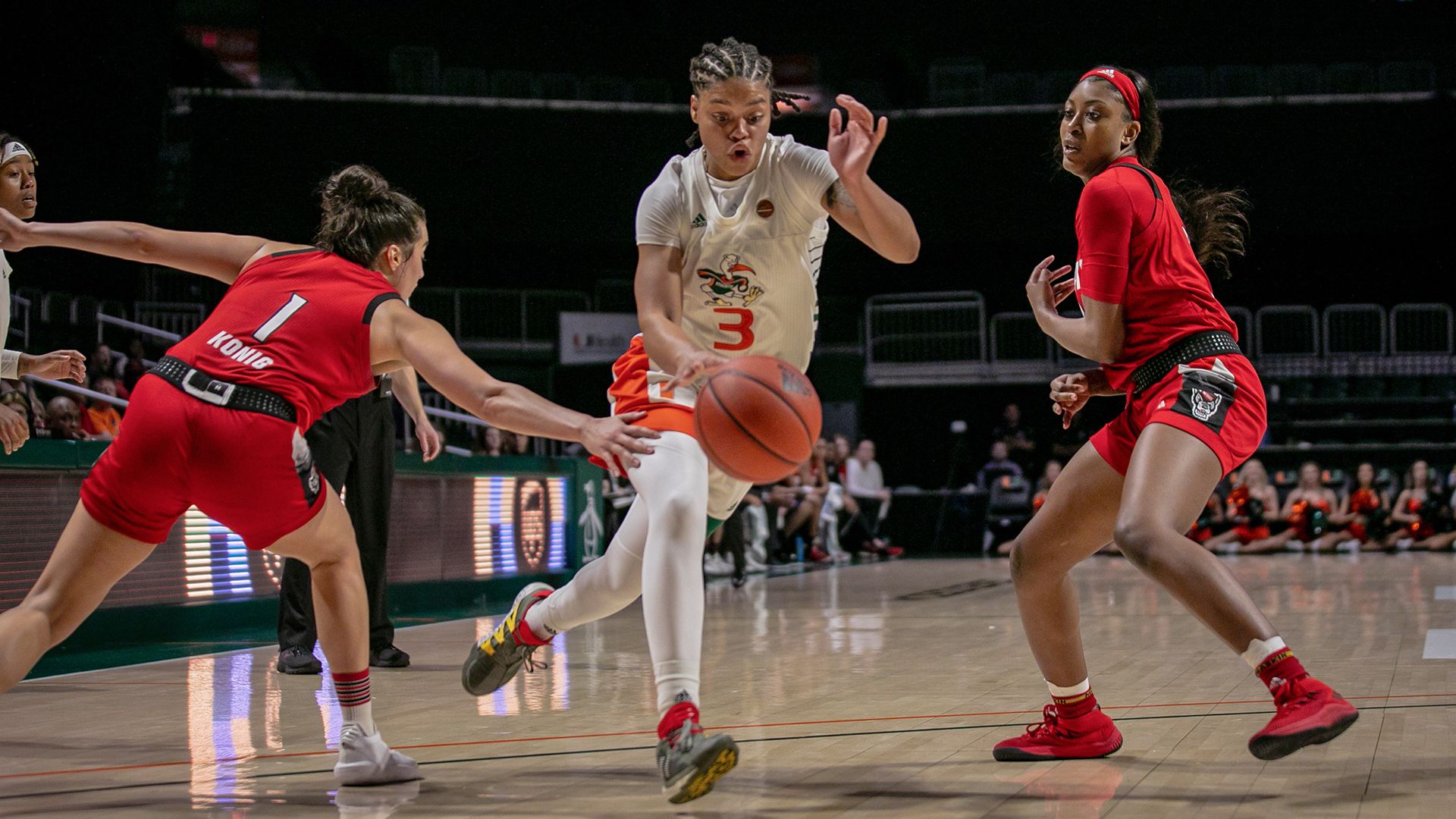 “The story of the game is holding NC State to 50 points,” head coach Katie Meier said. “The guts and effort from my team was just incredible and I am so proud of them.”

Miami played lockdown defense against the Wolfpack, holding NC State to a season-low 50 points. The Canes forced 20 turnovers in the contest, marking the second time all season that NC State has turned the ball over 20-plus times.

Destiny Harden paced the Canes in scoring, pouring in a career-high 15 points against NC State. Ten of Harden’s 15 points came in the third quarter, in addition to a crucial charge taken by the redshirt sophomore.

“We got Destiny free in the third, which was exciting for us because any time you can score points against NC State is great,” Meier said. “Destiny and Moulayna [Johnson Sidi Baba] were both special tonight and they really came through for us.”

The Canes came out firing, knocking down three quick 3-pointers to take an early 9-3 lead over the Wolfpack. NC State responded with a couple buckets of their own to tie the game at 11 at the end of 10 minutes. The teams traded the lead throughout the second quarter to keep the game knotted at 22 heading into halftime.

It was a back-and-forth affair through the first half of the third frame but the Canes pulled away on an 11-0 run, outscoring the Wolfpack 17-10 in the quarter. Harden accounted for 10 of Miami’s 17 points in the frame, shooting 4-of-7 from the field.

The Wolfpack clawed their way back in the game in the fourth quarter, embarking on a 10-0 run to take a 46-41 lead with 2:21 to play. The Canes battled back and with 22 seconds to go in the game, junior Kelsey Marshall sunk a 3-pointer to tie the game at 48. Following a timeout by NC State, Jakia Brown-Turner knocked down a jumper to give the Wolfpack the 50-48 victory.