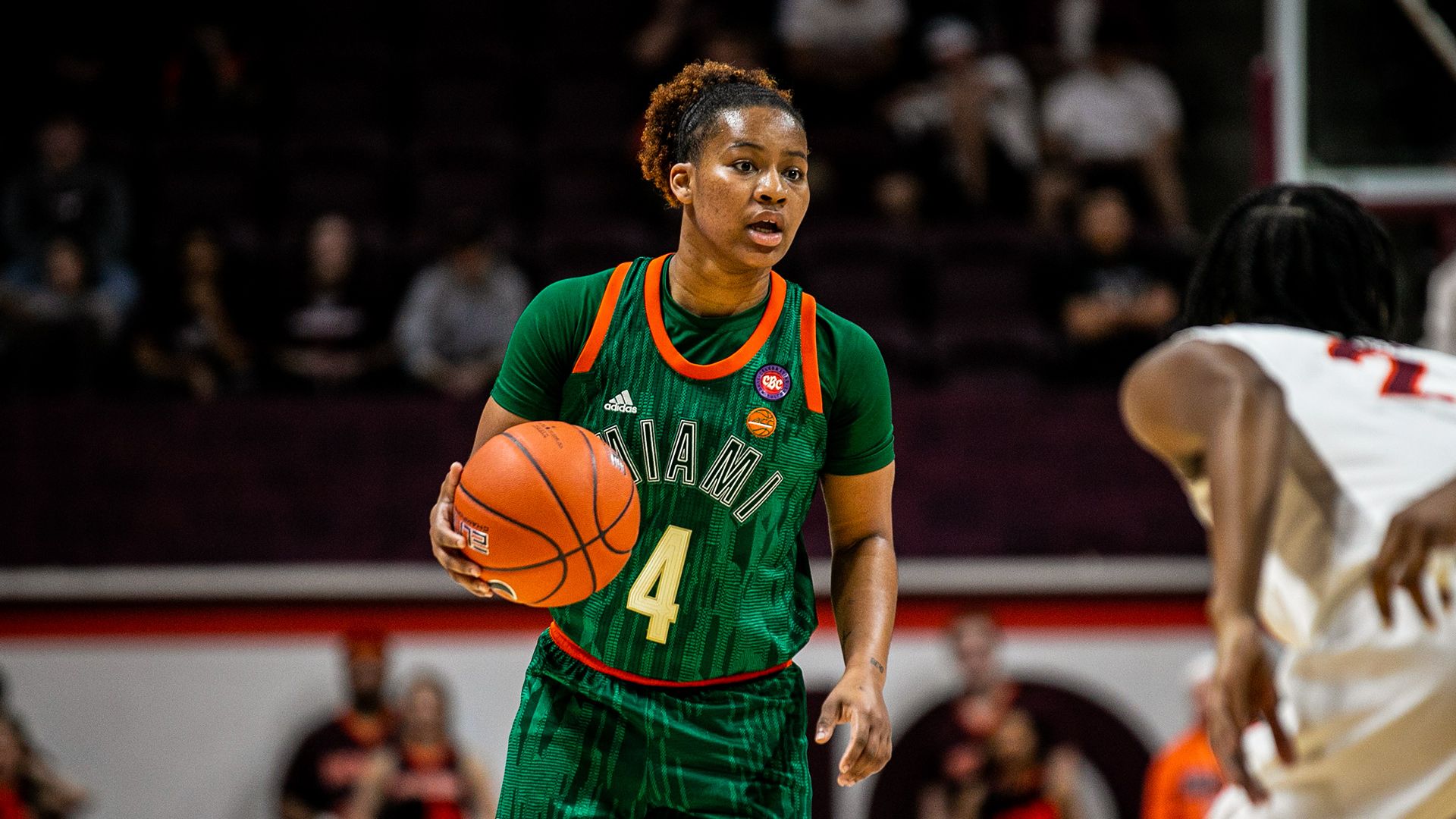 CORAL GABLES, Fla. – The Miami women’s basketball team (13-12, 5-9 ACC) returns to the Watsco Center on Thursday for a battle against the No. 10 NC State Wolfpack (22-3, 11-3 ACC). Tipoff is slated for 8 p.m. and the game will air on ACC Network with Jenn Hildreth and LaChina Robinson on the call. Fans can also listen to the game on WVUM 90.5.

The series between the Canes and the Wolfpack sits knotted at 11 with Thursday’s contest serving as the tiebreaker. When playing in Coral Gables, the Canes hold a 7-3 record against NC State and have not lost a home game since the 2006-07 (seven straight home wins).

Miami has been favored in the recent series history winning eight of the last 10 meetings and three of the last five. However, NC State came out on top a season ago, posting a narrow 70-68 victory over the Canes in the regular season closer.

The Canes halted a three-game skid on Sunday, defeating Clemson, 63-48, to complete the season sweep of the Tigers. Sunday’s victory marked just the second time in program history that Miami has defeated Clemson twice in on season (2013).

NC State enters Thursday’s game looking to bounce back after recording back-to-back losses for the first time all season. Sophomore Elissa Cunane paces the Wolfpack in both scoring (16.7) and rebounding (10.2) this season.

For the second straight game, the Canes poured in 13 threes. Miami has not recorded double-digit threes in back-to-back games since the beginning of the 2018-19 season (16 and 22). The Canes look to stretch it to three games on Thursday, which would mark the first time that Miami posted 10-plus 3-pointers in three consecutive games since the 2016-17 season.