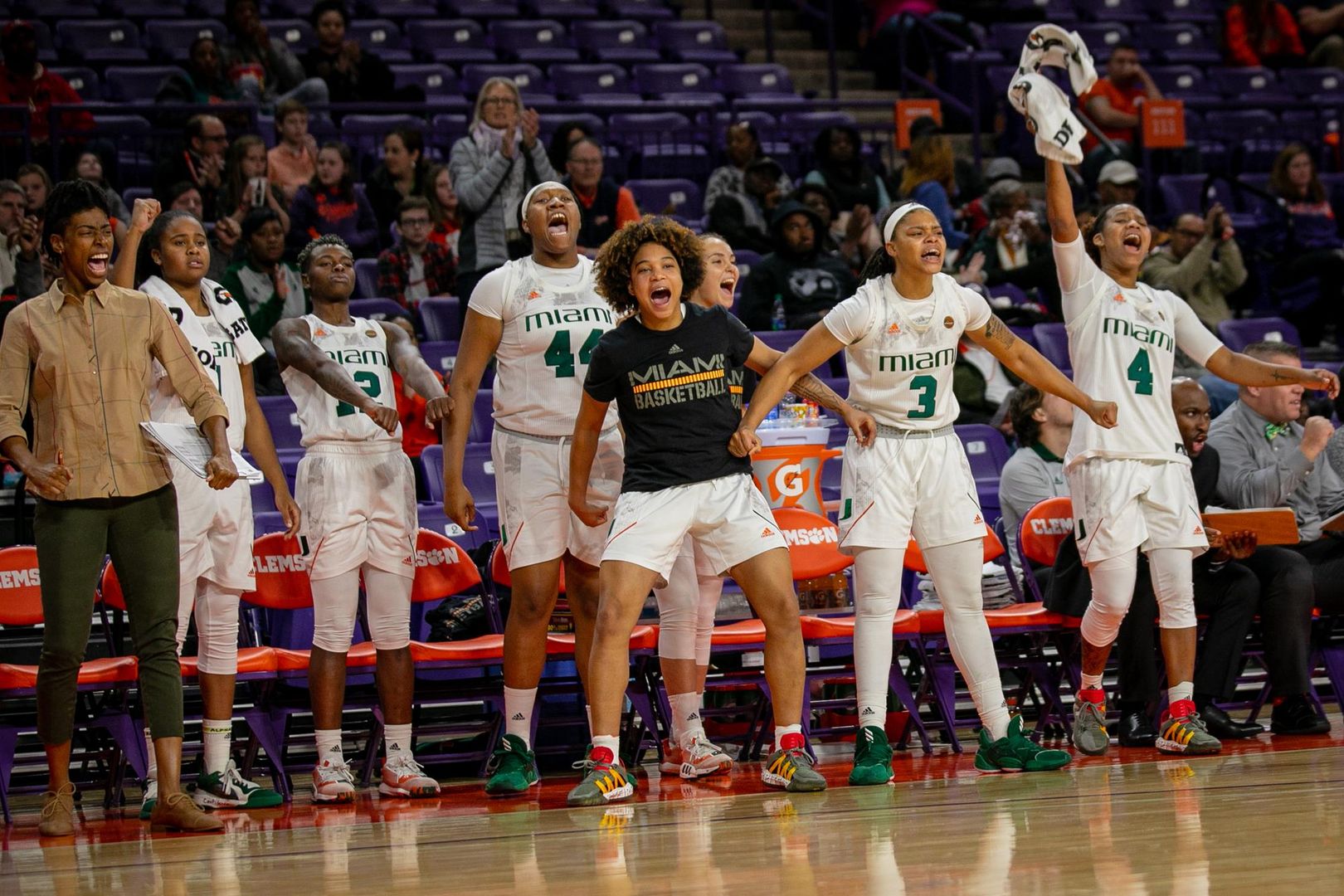 “Clemson cut it to three in the third quarter and, instead of being pitiful, we were angry and ready to work,” head coach Katie Meier said. “The team had a plan to continue to play aggressive and it was led by the junior class.”

For the second game in a row, the Hurricanes poured in 13 3-pointers, marking the first time this season that Miami has knocked down 10-plus threes in back-to-back games. Junior Taylor Mason paced the Canes in 3-point shooting, going a perfect 4-for-4 from distance, a new career-high in threes made for the guard.

“The story of the game is Taylor Mason,” Meier said. “She was laser-focused and fighting after having a low-point in the season and that’s what we needed from her today. She was composed and leading on offense, in addition to locking down Clemson’s best shooter in Kendall Spray.”

The Canes and the Tigers traded the lead throughout the first 10 minutes of action at Littlejohn Coliseum, but a 6-0 run to close the frame gave Clemson a narrow 13-12 lead. Miami found its rhythm in the second quarter, opening the period with seven straight points to retake the lead. The Canes shot 62.5 percent from 3-point range in the quarter with treys from Gray, Taylor Mason and Banks to take a 38-27 lead into halftime.

The Tigers inched their way back in the game in the third quarter thanks to 6-of-8 shooting from the charity stripe. Clemson cut the lead to three but the Canes responded with a pair of 3-pointers to hold a seven-point lead with 10 minutes to go. Miami used an 11-1 run late in the fourth quarter to extend the lead to double-figures, which it maintained for the rest of the game.

The Canes return to the Watsco Center on Thursday to take on the No. 4/7 NC State Wolfpack. The game will tipoff at 8 p.m. and air on ACC Network Extra.

Single-game tickets for the remaining 2019-20 women’s basketball home games are on sale now starting at $5. Tickets can be purchased online HERE or by calling the ticket office at 1-800-GO-CANES.