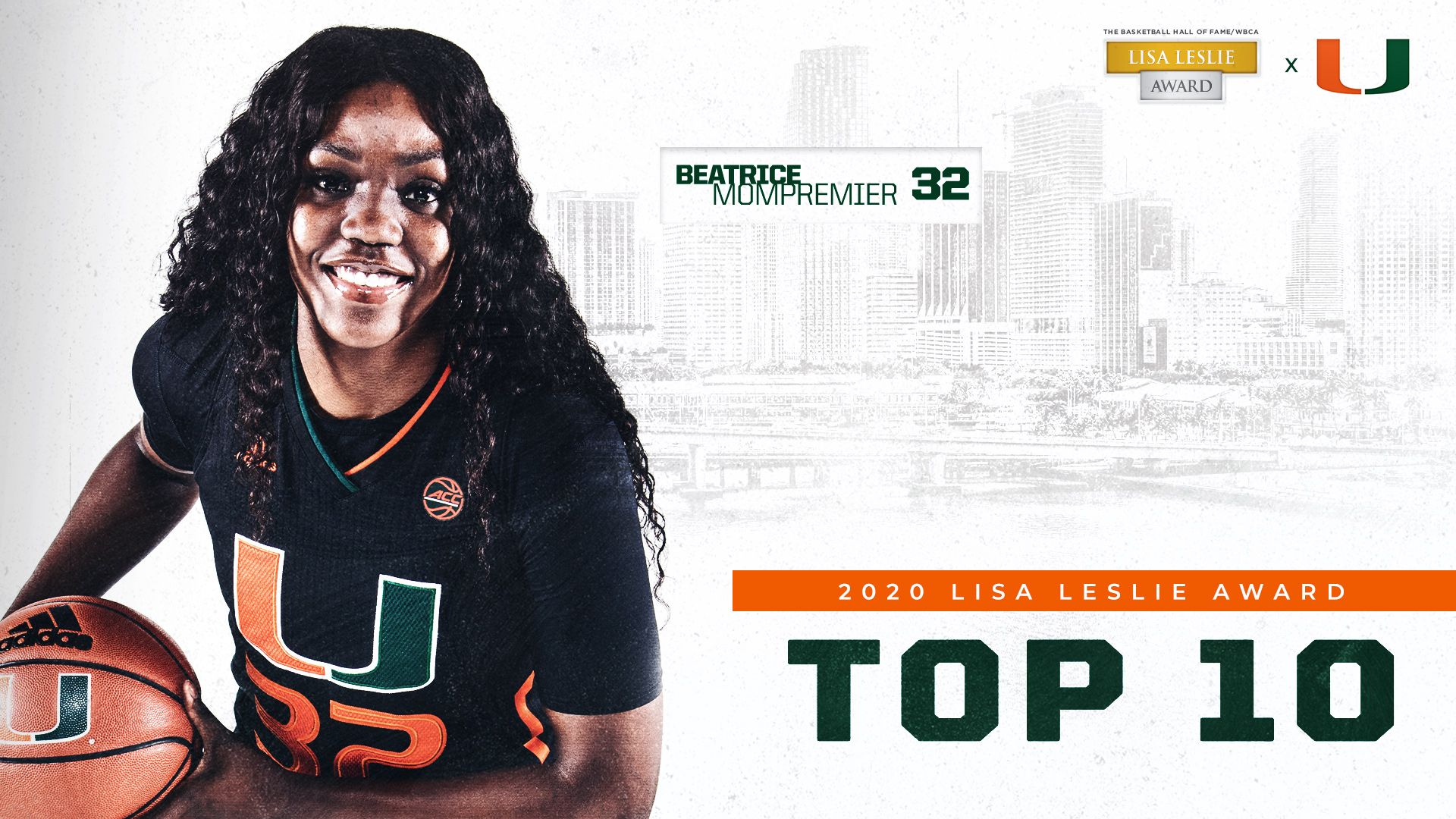 SPRINGFIELD, Mass. – Miami redshirt senior Beatrice Mompremier has been named a top 10 candidate for the 2020 Lisa Leslie Award, as announced by the Naismith Memorial Basketball Hall of Fame and the Women’s Basketball Coaches Association Friday.

Named after the three-time All-American,1994 National Player of the Year and Class of 2015 Hall of Famer, the annual award in its third year recognizes the top centers in women’s NCAA Division I college basketball.

In 12 games played this season, Mompremier is averaging a double-double with 16.3 points and 10.4 rebounds per game. She has scored in double-figures in 11 of her 12 games, including a career-best 31 points at DePaul on Nov. 23.

The Selection Committee for the Lisa Leslie Award is composed of top women’s college basketball personnel including media members, head coaches, sports information directors and Hall of Famers. In March, five finalists will be presented to Ms. Leslie and the Hall of Fame’s selection committee. New to the award this season is Fan Voting presented by Dell Technologies. Starting Five Fan Voting presented by Dell Technologies will go live today, February 14 on hoophallwards.com.

The winner of the 2020 Lisa Leslie Center Award will be presented at The College Basketball Awards presented by Wendy’s in Los Angeles, Calif., on Friday, April 10, along with the other four members of the Women’s Starting Five. Additional awards being presented include the Nancy Lieberman Point Guard Award, the Ann Meyers Drysdale Shooting Guard Award, the Cheryl Miller Small Forward Award and the Katrina McClain Power Forward Award, in addition to the Men’s Starting Five.