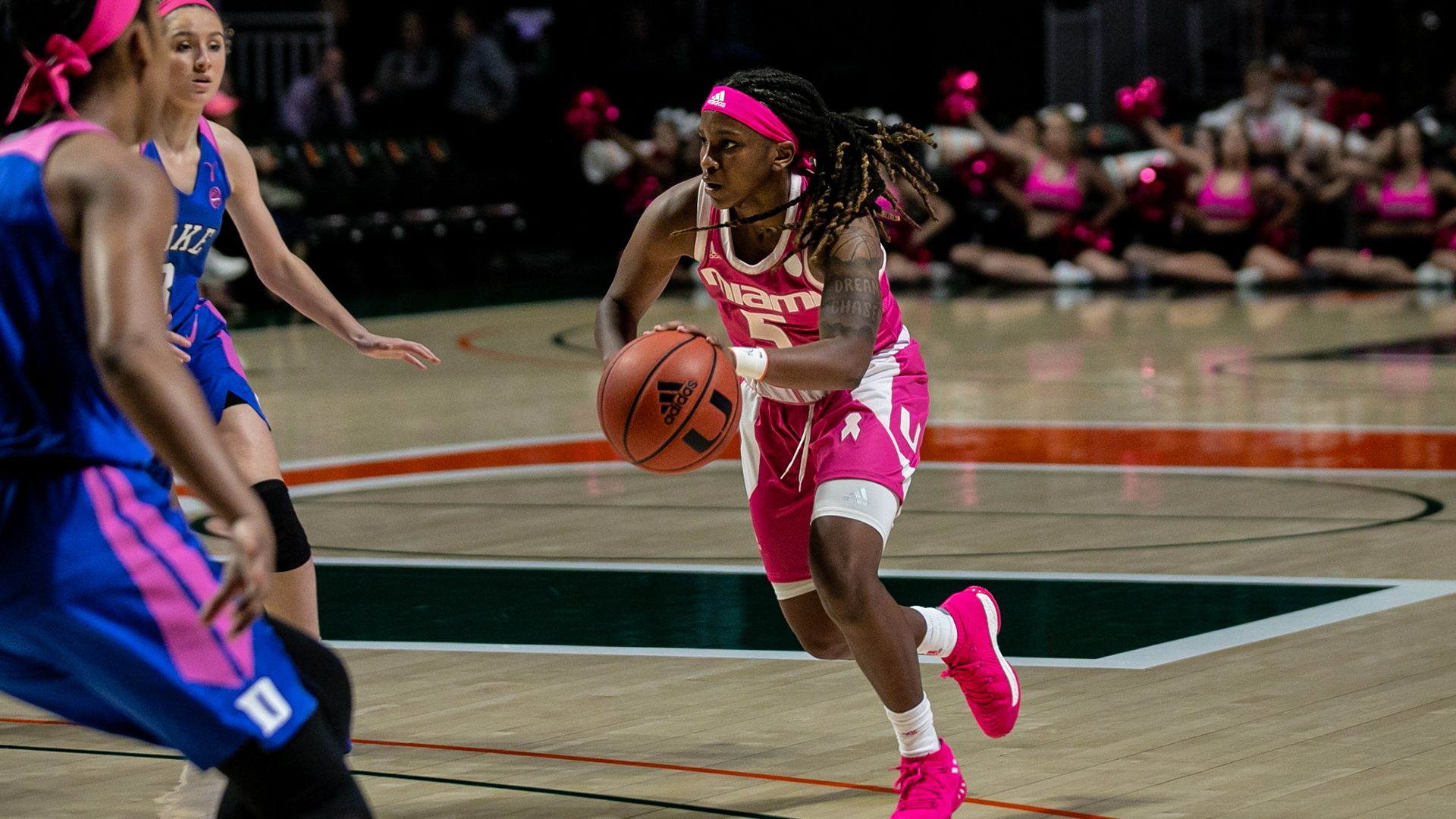 Miami Comes Up Short on Sunday

“We cut their lead to six and had some really big moments but couldn’t finish around the basket,” head coach Katie Meier said. “Mykea [Gray] has been playing so well and showed a lot of heart today.”

Gray recorded her fourth 20-point game of the season, pouring in 27 points to lead all scorers. Redshirt sophomore Destiny Harden joined Gray in double-figures, tying her career-high with 13 points.

An Upper Marlboro, Md., native, Gray dominated the court for the Canes in first half, tallying 15 of her 27 points in the first 20 minutes of action. However, the Blue Devils shot 56 percent from the field to take a 43-29 lead into halftime.

A different Miami team came out of the locker room as the Canes embarked on an 8-1 run to start the second half. Miami made five-straight defensive stands to start the frame, but the Blue Devils worked their way back in the game to knot the quarter at 14-14.

Duke outscored the Canes 17-12 in the fourth quarter to take the win in Watsco.

Miami played its annual Pink Game on Sunday, honoring all those affected by breast cancer.

“I don’t think anyone should ever hang their heads in a basketball game because there are people fighting for their lives,” Meier said. “We didn’t win on the court, but today was still a win because we are able to support cancer research and help save lives.”

The Canes are back on the road on Thursday when they take on Virginia at 7 p.m. The game will air on ACC Network Extra.

Single-game tickets for the 2019-20 women’s basketball home schedule are on sale at $5. Tickets can be purchased online HERE or by calling the ticket office at 1-800-GO-CANES.