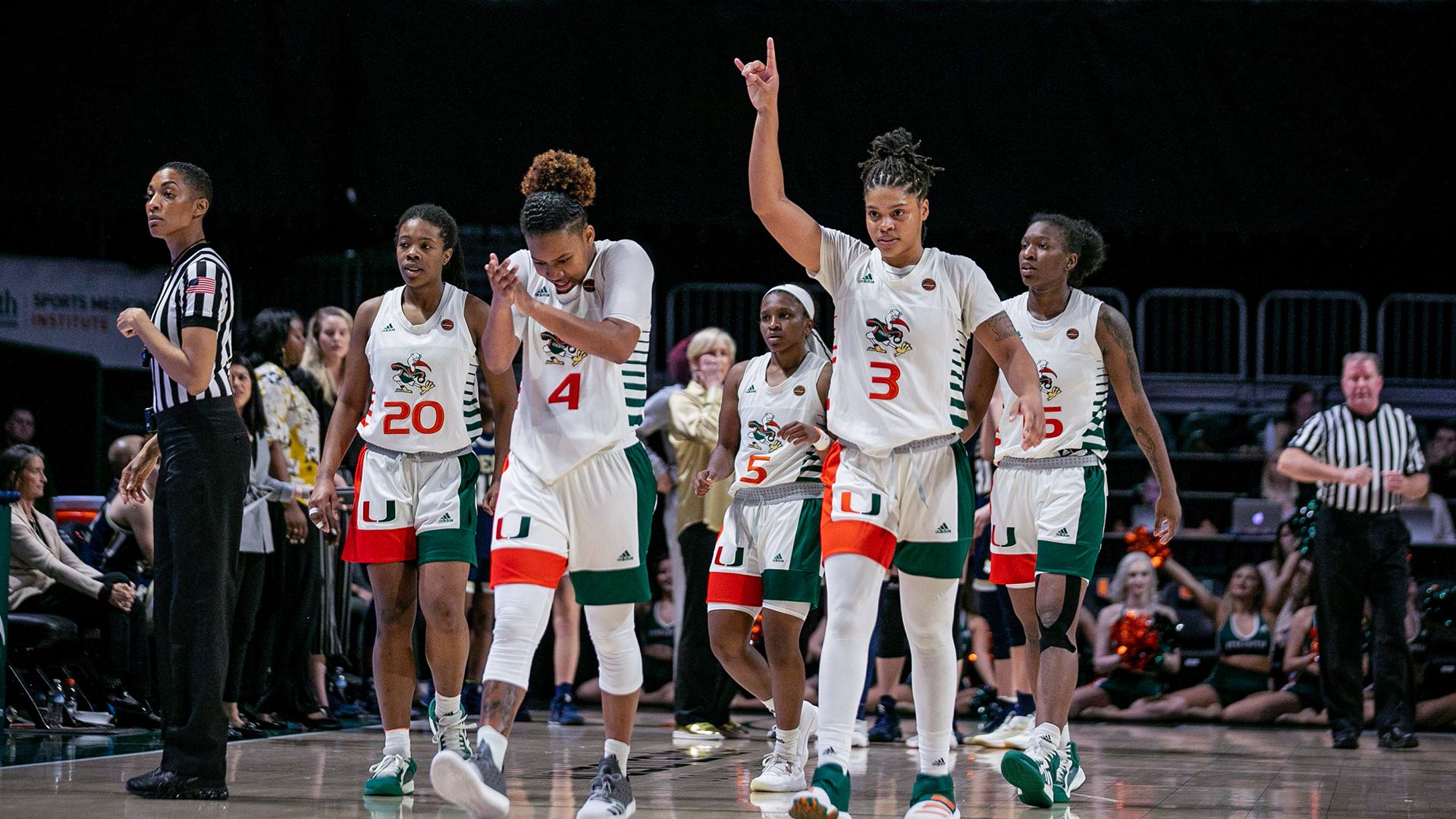 CORAL GABLES, Fla. – The Miami women’s basketball team (12-9, 4-6 ACC) is looking for its first true road win of the season on Sunday when it takes on the Virginia Tech Hokies (15-5, 5-4 ACC) in Blacksburg, Va. Tipoff is set for 2 p.m. and the game can be streamed on ACC Network Extra. Fans can also listen to the game on WVUM 90.5.

Miami has been dominant in the series between the Canes and the Hokies holding a 21-7 advantage. The Hurricanes are 14-1 in their last 15 games against Virginia Tech with the only loss coming last season on the road, a 73-65 defeat.

When playing in Blacksburg, Miami boasts a 9-5 record. Prior to the loss last season, the Canes has won eight straight games in Blacksburg. The games between Miami and Virginia Tech have always been competitive with 15 of the 28 games resulting in single-digit wins for the victors. The Canes have come out on top in 11 of those 15 games.

Miami came back from down 18 at halftime to defeat Georgia Tech, 54-49, Thursday night at the Watsco Center. The Canes outscored the Yellow Jackets, 30-12, in the second half to tie the game at 44 at the end of regulation. Junior Endia Banks played 41 minutes for the Canes in the overtime victory, tallying nine points and seven rebounds, in addition to sinking the game-tying basket.

The Miami defense locked down in the second half of the Georgia Tech game to hold the Yellow Jackets to 49 points in the contest. The defensive effort was highlighted by nine straight stops on defense to open the second half. Miami is a perfect 2-0 when holding teams to under 50 points and 3-1 when allowing 60 points or less in a contest.

After cruising through non-conference play (10-1), the Hokies have recorded a 5-4 mark in ACC games to sit at 15-5 overall this season. Virginia Tech has yet to lose a game at home in 2019-20, boasting a perfect 10-0 record in Cassell Coliseum.