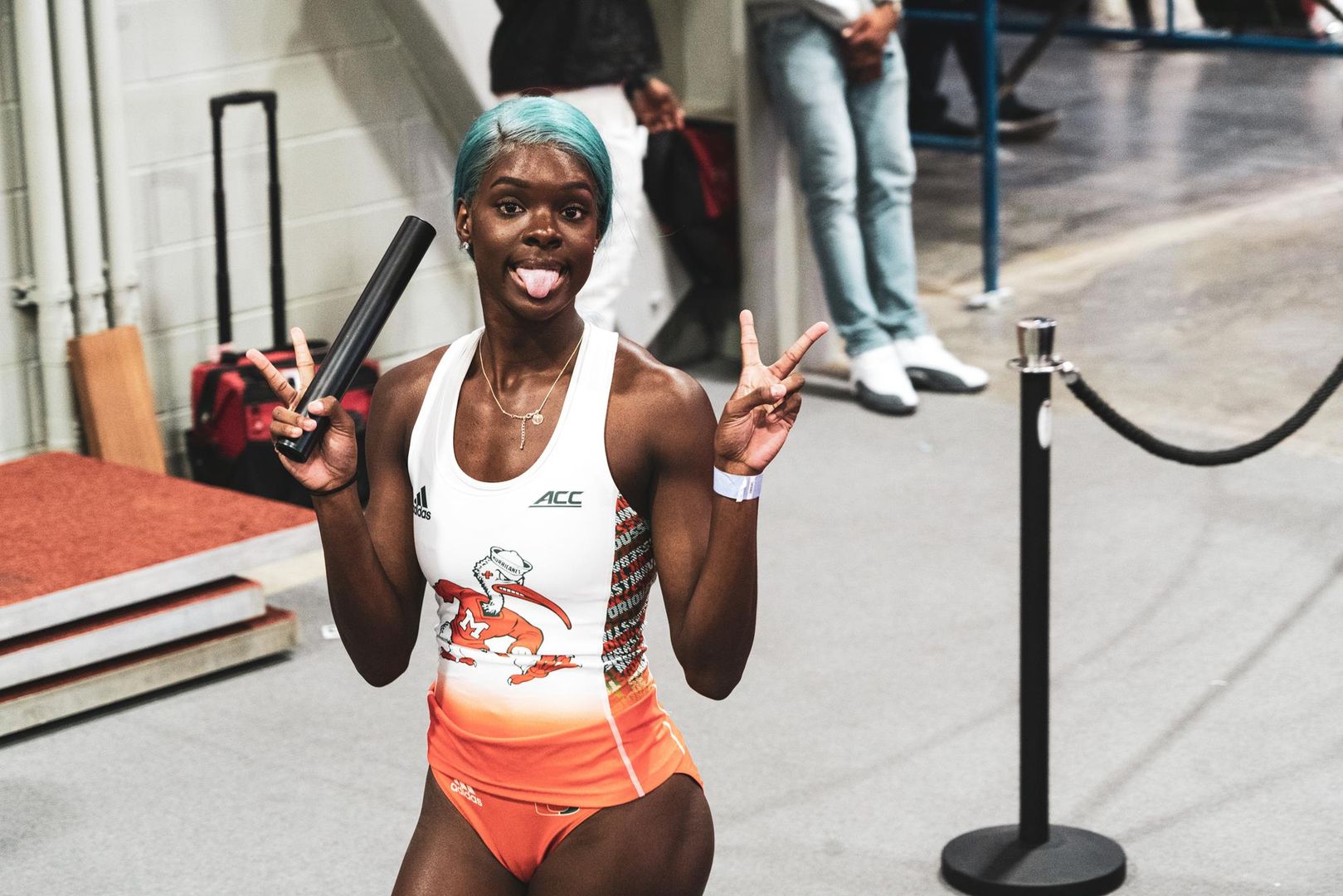 LUBBOCK, Texas – Kevin Arreaga, Kayla Johnson and McKinly Brown of the Miami track and field program, etched their way into Miami history with program records on the first day of the Texas Tech Invitational.

“I’m really pleased with Kevin, Kayla and McKinly today,” Director of Track and Field Amy Deem said. “They all put together incredible performances, especially where we are in the season. I think it’s really setting them up in the right direction for where we’re going.”

“Kevin has been so close to hitting this mark all season and for him to finally get it and put him in the top performers in country, it’s extremely exciting to see for him,” Deem said.

Later in the day, Jeffrey Williams recorded a personal-best mark of 17.95m, which ranks fifth in Miami history.

Johnson registered the second program record of the day, besting her previous school record  in the women’s 600m. Johnson won the event with her time of 1:27.64.

Heading into the men’s 600m, Brown held the second-best time in program history behind teammate Davonte Fuller at 1:19.31. Brown finished fourth in the event with his time of 1:18.91, taking the top time just two weeks after Fuller.

Junior Debbie Ajagbe finished second in the weight throw with her mark of 19.62m. Senior Sherry Lubin set a personal-best mark in the event at 17.94m and a fifth place finish.

The field events continued to progress as freshman Justin Forde finished 10th in the men’s triple jump with a mark of 15.41m. Fellow freshman Kevin Snyder finished with a lifetime best mark of 15.33m to finish 13th.

Tiara McMinn lit the track up, tying her personal-best time of 7.95 seconds in the 60m hurdles. McMinn took the event with her program record-tying time and currently ranks second in the NCAA and first in the ACC.

“I’m really pleased with how Tiara performed today,” Deem said. “To go out there with some of the top hurdlers in the country and race the way she did, I’m so proud of her. She dominated from start to finish in the final race and it’s great to see her get this time.”

The action continues tomorrow at 11 a.m. in the women’s shot put, men’s long jump and the men’s and women’s high jump.