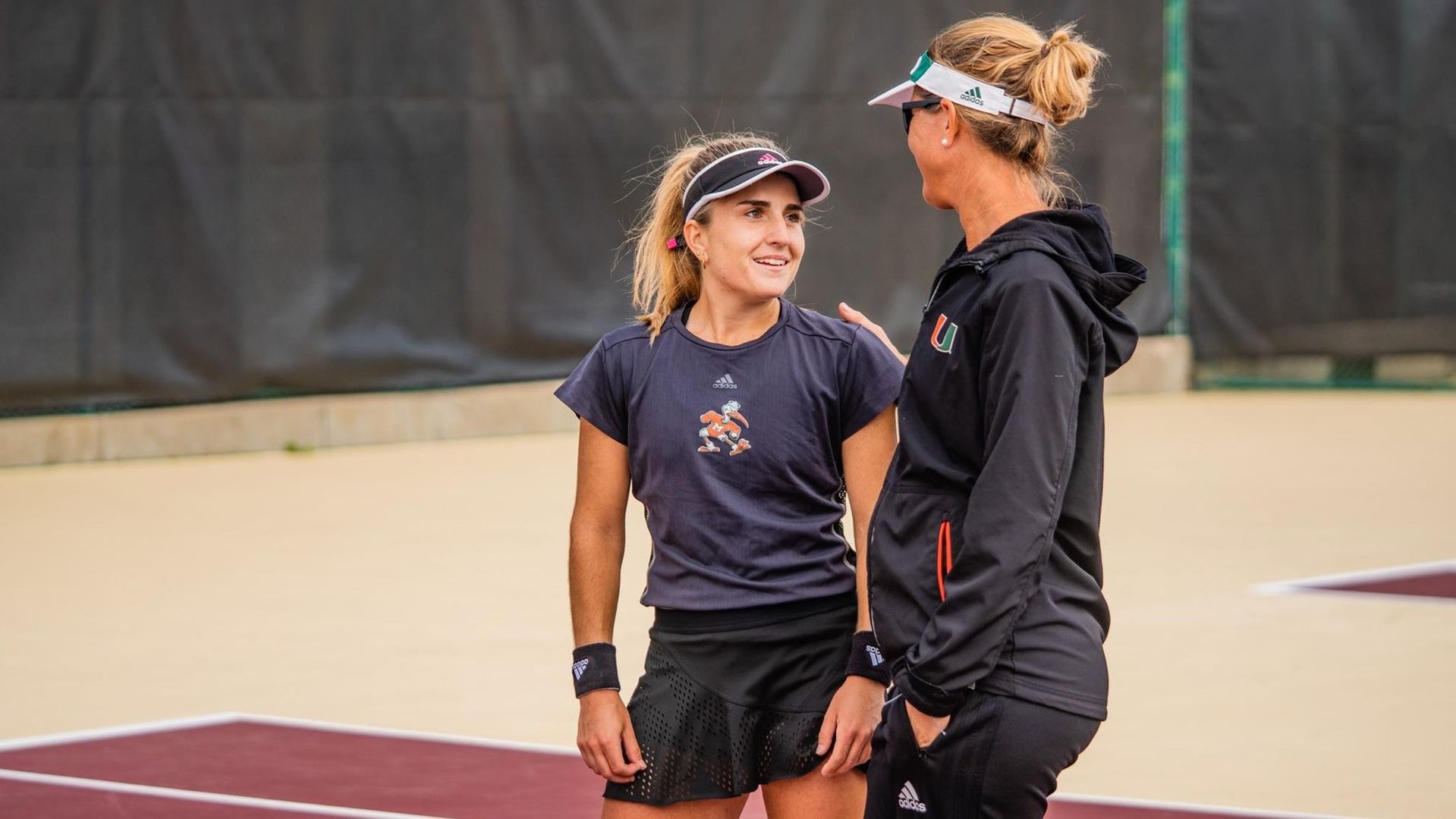 TALLAHASSEE, Fla. – The University of Miami women’s tennis team logged its first victory of the season Sunday with a 4-0 sweep of UC Santa Barbara in ITA Kick-Off Weekend action.

Senior Estela Perez-Somarriba notched the second point of the day for Miami (1-1) and, in doing so, logged her 135th singles win as a Hurricane, passing Stephanie Wagner for the top spot on the program’s all-time list.

“I am truly humbled to have coached players who just keep breaking each other’s records. To watch Estela’s progression through her four years will be one of the things I’ll always remember as a coach,” Miami head coach Paige Yaroshuk-Tews said. “She has put all of her trust in me in this process. This kid is a true gem. She represents everything a college athlete should aspire to become.”

Perez-Somarriba and sophomore Daevenia Achong opened doubles play at the Scott Speicher Tennis Center with a 6-2 victory over Amit Lev-Ari and Elizaveta Voldoko at the top spot.

Anastasia Goncharova and Dominika Paterova then leveled the tally with a 6-3 triumph over freshmen Selma Cadar and Maya Tahan. Senior Yuna Ito and freshman Florencia Urrutia then staved off a comeback bid from Shakhnoza Khatamova and Juliana Valero, notching a 6-4 win to give Miami the doubles point.

After singles action started, it did not take long for Perez-Somarriba to claim the record. She won the first 10 games—giving her 22 in a row to begin 2020 dual match play—and then finished off a 6-0, 6-2 victory against Lev-Ari to seal her name in Miami lore.

The Madrid native, a two-time reigning ACC Player of the Year and the 2019 NCAA singles champion, is now 135-22 in her remarkable college career.

Tahan followed suit with her first dual match singles triumph, a 6-3, 6-1 result against Tiffany Lagarde. Moments later, No. 69 Cadar registered the first such win of her career, topping Khatamova, 6-4, 6-4, to give the Miami the win.

“This season will be a process of listening, implementing and testing. We definitely have the talent, but talent doesn’t win matches,” Yaroshuk-Tews said. “This is about maturity, toughness and playing for something bigger than yourself. We constantly need to be working on ourselves in every aspect of what it means to be a student-athlete.”

The Hurricanes’ next scheduled match is Feb. 13 at 4 p.m. in Nashville, Tenn., against ninth-ranked Vanderbilt.