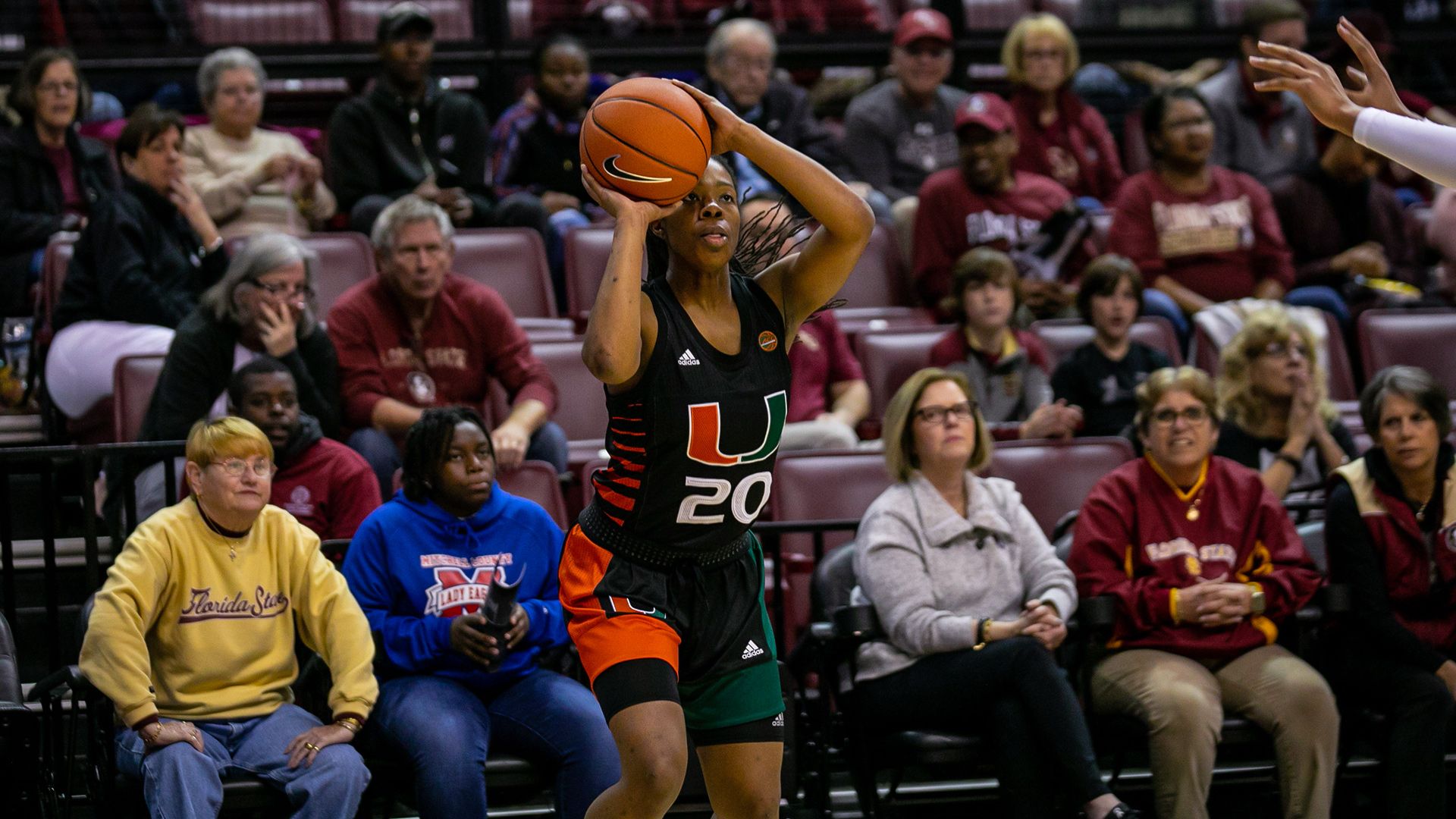 Miami Falls to No. 14 Florida State

Junior Kelsey Marshall paced the Canes in scoring for the second straight game, pouring in 21 points on 8-of-18 shooting. Redshirt sophomore Destiny Harden led the team in rebounding with six boards on the afternoon.

The Canes and the Seminoles battled it out early in the game before Florida State went on a 7-0 run in the closing minutes of first quarter to take an 18-10 lead.

The Seminoles held a 14-point lead at halftime, but the Canes battled back in the third quarter, embarking on an 8-0 run to pull within 10. Miami continued to fight it out in the fourth quarter, but could not complete the comeback.

Miami returns to the Watsco Center on Thursday to host Georgia Tech for a 6 p.m. game on ACC Network.