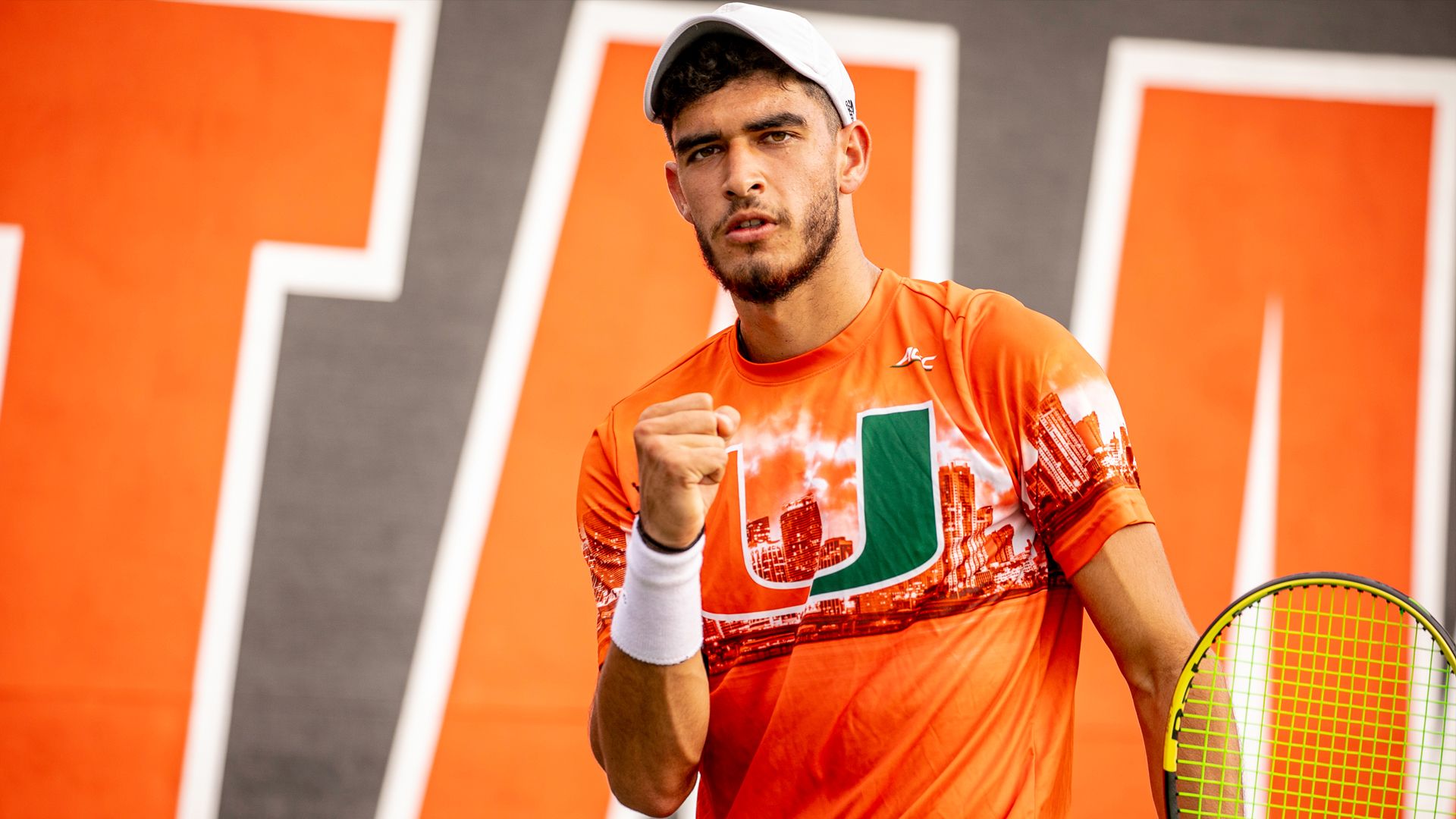 STANFORD, Calif. – The University of Miami men’s tennis team got back to its winning ways Sunday night, when the Hurricanes improved to 4-1 on the year with a 4-2 neutral site victory over Tulane in the Golden State.

“We lost a tight match to Cal yesterday. The final score didn’t show it, but the match was extremely close. We had a lot of opportunities, but we didn’t play bold enough under pressure to put some points up on the board. If we had, I think the final outcome would have been completely different,” Miami head coach Aljosa Piric said. “We talked today about bouncing back against a really good Tulane team and correcting some of those things. And the guys did exactly that. We played hard. We played with purpose. We played to win.”

In doubles action, the teams split a pair of matches on courts 1 and 2, with sophomore Franco Aubone and junior Benjamin Hannestad, ranked ninth on the Oracle/ITA doubles list, topping the Green Wave’s Dane Esses and Ewan Moore, 6-1.

In singles, Miami quickly tripled its lead after Aubone and Hannestad each collected straight-set victories on their respective courts.

“Benji and Franco got us going in doubles and continued to do well in singles, getting us a pair of quick points,” Piric said.

Two courts over, Erlenbusch brought it to a one-point match when he topped Jankulovski, 6-4, 6-4.

Also looking to clinch the match for the Hurricanes, junior William Grattan-Smith rebounded from a 3-6 opening set set-back, and held a 3-6, 6-4, 4-1 lead when play was halted.

“The rest of the matches were battles. A ton of credit to Will who kept us in the match by winning the second set and going up a couple breaks in the third,” Piric said. “And then Adri closing it out against a really good player from Tulane. I am excited for the guys and I’m excited to have this quality win to continue to build on moving forward.”

The Hurricanes will return to the Sunshine State for a week of practice at the Neil Schiff Tennis Center, before traveling to Fort Meyers, Fla., Sunday to face Mississippi State in a neutral site affair at 10 a.m.