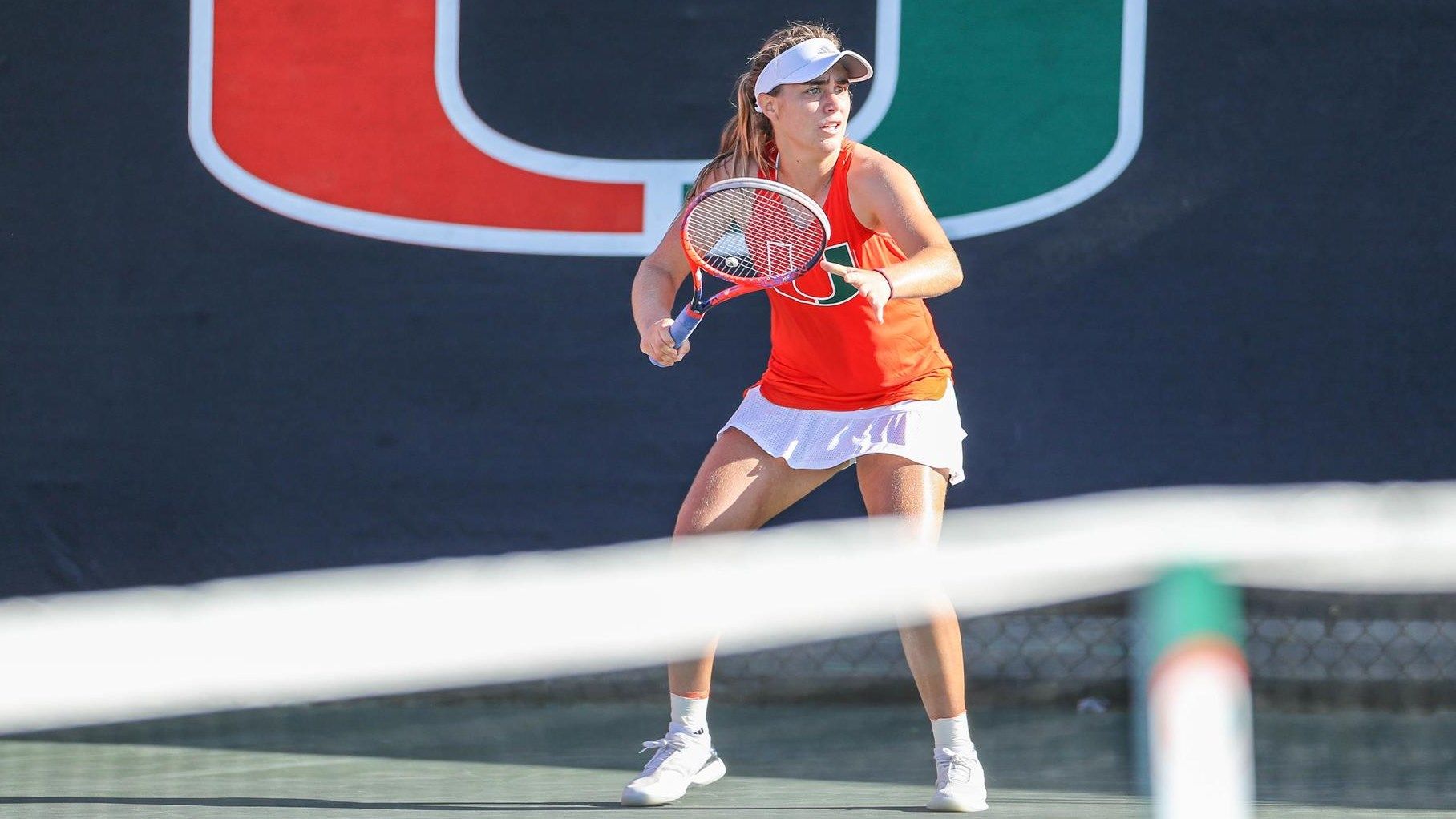 No. 23 Miami is one of four teams set to compete at the Scott Speicher Tennis Center in Tallahassee, Fla., along with No. 14 Florida State, No. 18 Texas A&M and UC Santa Barbara. Live stats throughout the weekend can be found HERE.

The Hurricanes open play Saturday at 2 p.m. against the Aggies, with the Seminoles and Gauchos facing off three hours prior. The losers meet Sunday at 11 a.m., while the victors square off at 2 p.m. with a spot in the ITA National Team Indoor Championship, held Feb. 7-10 in Chicago, on the line.

Miami is looking to advance to National Indoors for the first time in four years after making the field each year from 2005-2016. It was Texas A&M that snapped Miami’s streak, in the teams’ most recent meeting, with a 4-2 victory on Jan. 30, 2017, in Coral Gables.

Overall, the Hurricanes are 3-6 against the Aggies, including 1-1 at neutral sites and 0-3 under 19th-year head coach Paige Yaroshuk-Tews.

The Hurricanes own a 2-0 record versus UC Santa Barbara, including a 1-0 ledger at neutral sites and a 1-0 mark under Yaroshuk-Tews. The teams last met Jan. 27, 2018, in Auburn, Ala., during ITA Kick-Off Weekend, with Miami earning a 4-0 victory.
Miami has two ranked singles players, with senior Estela Perez-Somarriba checking in at third nationally and freshman Selma Cadar at No. 69. It does not sport any ranked doubles duos.

Texas A&M enters at 3-0 on the season and has two players on the Oracle/ITA singles list, with Tatiana Makarova at No. 94 and Dorthea Faa-Hviding at No. 114. In doubles, Jessica Anzo and Lucia Quitero place No. 20, while Makarova and Jayci Goldsmith check in at No. 47 to form a second ranked pair.

Florida State is 2-0 on the year and does not have any ranked singles players. Victoria Allen and Emmanuelle Salas hold the No. 14 position on the doubles list.

UC Santa Barbara, which has a 1-0 record in 2020, enters the weekend without any ranked players or pairs.